It seems as if most Canadian theatregoers are going to need to show proof of vaccination to see a performing arts production this fall, now that Ontario’s provincial government has announced a policy to that effect that begins on Sept. 22.

That decision, which follows similar ones in Quebec, Manitoba and British Columbia, aligns with the internal policies of Ontario theatre companies, such as Crow’s Theatre and Mirvish Productions in Toronto, that had already announced 2021-22 seasons.

But what about theatres that are in the middle of summer-to-fall seasons?

I spoke to Brett Christopher, the managing artistic director of Thousand Islands Playhouse in Gananoque, Ont., on Tuesday morning. He told me his box-office staff have been scrambling to contact thousands of patrons who have already bought tickets for Sept. 22 onwards to make sure they bring the required documents with them.

The change will happen in the middle of a run for TIP: Back in ‘59, a musical show created, written and conceived by Thom Currie, opens this Thursday and closes on Oct. 2.

Unsurprisingly, many of the patrons who have bought tickets for this show built around hit songs from the 1950s and 1960s, such as Let’s Twist Again, Leader of the Pack and It’s My Party, are seniors. So, TIP is not just reaching out to them, but has put together a how-to guide to make clear how to download a PDF vaccine receipt or print out a paper copy – and assisting over the phone as need be.

TIP has yet to receive any pushback from patrons to the change in policy – though a couple of individuals have called the box office trying to move tickets to see Back in ‘59 before Sept. 22. (It’s sold out, so that wasn’t possible.)

As for checking vaccine receipts at the door, it won’t be much of an additional burden for TIP’s front-of-house staff, according to Christopher; the theatre company is only playing to 50-person audiences this season. “It’s a pretty small number and we’re already vetting them with COVID questioning when they arrive,” he says.

TIP shifted much of its season into the fall this year – after Back in ‘59, the theatre company will be producing Serving Elizabeth (a new play by Marcia Johnson that I just reviewed at the Stratford Festival) in October, and Miss Caledonia (a play by Melody A. Johnson that I reviewed in 2012) in November.

One night only … only … only … Le Diamant, the new salle de spectacle in Quebec City run by Robert Lepage, is opening its fall season with a gala featuring wrestlers from North Shore Pro Wrestling on Sept. 11. Pro wrestling as a performing art? Why not!

It’s only a preamble to a more significant production, however: Courville, Lepage’s latest creation, is to have its world premiere at Le Diamant from Sept. 19 to Oct. 10 and then head out on tour.

Set in 1975, Courville is a new Lepage solo show – sort of, given the director/performer will be acting alongside puppets operated by Wellesley Robertson, Caroline Tanguay and Martin Vaillancourt. He describes this new show as being about adolescence (he was 17 himself in 1975) and a “little bit autobiographical, but not completely,” in an online video that shows off its dreamy design.

Interested in what playwright-turned-screenwriter Ins Choi has been up to following his mysterious disappearance from Kim’s Convenience? Vancouver Asian Canadian Theatre is presenting a sneak-peek online reading of Bad Parent, his latest play, on Sept. 10 at 10 a.m. PT.

Bad Parent is set to have a rolling world premiere in the new year courtesy of Vancouver Asian Canadian Theatre, Winnipeg’s Prairie Theatre Exchange and Toronto’s Soulpepper – where the play version of Kim’s Convenience started its journey from Fringe Festival smash to sitcom-spawning hit.

One more plug: Fall for Dance North kicks off in an in-person/digital hybrid form – both in and around Toronto this week. The dance festival runs from Sept. 11 to Oct. 29, with a new outdoor dance series that will include performances taking place in Peterborough, Hamilton and Niagara.

Review
At the Stratford Festival, Serving Elizabeth is more than just a callout of The Crown
Subscriber content
September 8, 2021 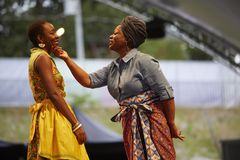 Opinion
Sketches from Stratford: This cultural city has a home for digital arts, too - but not enough homes
Subscriber content
September 4, 2021 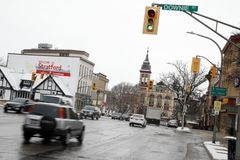 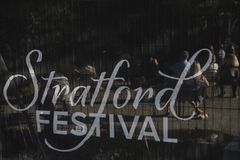