Television, a mad-as-hell critic could argue, has largely had a negative effect on theatre in North America over the years.

How many TV stars – when done with, or on hiatus from a series – end up giving two-dimensional performances in mediocre plays that their star-power has helped bring to Broadway? Plays that subsequently end up being disseminated to theatres across the continent, all because of the reflected glare of the boob tube?

It’s impossible for even the biggest theatre snob to get angry about any of the choices that Tatiana Maslany is making as she’s landed on New York stages this season, however.

A year after Orphan Black ended its run, the Emmy-winning chameleonic Canadian who played a dozen clones in that sci-fi hit is picking theatre projects that are notable for their credibility, working with the world’s top directors on shows that are catnip to critics.

Everything about Chayefsky’s satirical script – which British playwright Lee Hall has subtly tweaked for the stage – seems almost impossibly prescient.

Movie and play both concern Howard Beale (played on stage, brilliantly, by another TV star, Breaking Bad’s Bryan Cranston), a newscaster who one day cracks on the air and famously shouts: “I’m mad as hell and I’m not going to take it any more!” (You’re encouraged to shout along with him in the play.)

Maslany, meanwhile, plays Diana Christensen (a part originated with memorable verve by Faye Dunaway), a producer of scripted television who sees an opportunity in Beale’s break – taking over his nightly newscast and helping it reach new rating highs.

Diana’s instincts in blending entertainment and facts predict, on the one hand, reality television; and, on the other, the rise of cable-news personalities such as Rachel Maddow and Bill O’Reilly – and even far-right internet madmen such as Infowars’s Alex Jones.

That Network climaxes with Saudi Arabian money wielding its power behind the scenes – and the recorded murder of a journalist – only adding to its chilling timeliness.

“What resonates for me is this idea of rage – a popular rage, or communal rage or a world rage that we’re feeling – and how that gets expressed,” Maslany says. “When that is dangerous, and when the repression of that becomes dangerous.”

In a prerehearsal interview in the downstairs lobby of the Belasco Theatre on West 48th street, Maslany seems anything but angry, however, in contrast to our polarized times. The ebullient 33-year-old actor seems relaxed and as happy as heck as she says she is about returning to theatre, which she did a lot of in Regina and Toronto before fame came along. Wearing a turtleneck and a bob cut, she is prone to full-body laughs when she laughs, which is often – rolling all around and nearly off her chair.

Van Hove’s production of Network – which originated at the National Theatre in London with a mostly different cast – has a similar playful energy, not only commenting on the blurring of entertainment and news, but a mischievous example itself of the liminality of performance and reality.

The director has cleverly cast actors who audience members will know well from small screens already such as Maslany (who became the first Canadian to win an Emmy for lead performance in a Canadian TV show with Orphan Black), Cranston (who has already won an Olivier Award for his performance as Howard Beale) and, as the old-school news producer Max, Tony Goldwyn (who played President Fitzgerald Grant III on Scandal).

Onstage camera operators film these three and project their images in real-time onto screens around the theatre – and it’s great fun shifting from watching Maslany in the flesh to on the screen, comparing and contrasting how the medium alters our perception of her and her character’s message.

“When I was in rehearsal, I was glad not to have cameras around: It was, like, God, there’s such freedom in not having this huge machine in my face and just getting to work with the other actor and the audience,” Maslany says.

But the camera operators on stage in Network are also playing camera operators – and so Maslany found their gradual incorporation into the work very natural, and she says she doesn’t modulate her performance depending on whether or not she’s in their lens. “I actually don’t always know when the camera is on us,” she says.

In one fascinating scene in the production, Diana and Max are seen on the screens walking and talking outside the theatre – and it gradually becomes clear that this is a live shot as they enter through a side entrance and arrive on stage. This turns into a sex scene that climaxes as Diana does, in the middle of a ecstatic monologue about television ratings.

Audience members seated and eating on stage (there’s a functional restaurant as part of the show, did I mention?) turn away in embarrassment from Maslany and Goldwyn to watch their intimate scene on screen instead. And, the rest of audience, in the orchestra or the balcony seats, end up watching both the actors and how others are watching them.

This produces a disorienting effect – and Maslany has had friends ask if she’s actually having sex on stage. My wife, who saw a preview performance of Network with me, wondered, too, if she had glimpsed a prosthetic penis on the screen.

My question about this causes Maslany to burst into one of her full-body laughs, literally slapping her knees. “I’ll let you wonder that,” she teases. (No, there are no prosthetic or real penises involved, the actor says.)

Performing with audience all around is not a new thing for Maslany. The Regina-raised actor’s first professional credits were in her hometown at the Globe Theatre – an unusual regional theatre insofar as its 406-seat mainstage is permanently “in-the-round,” meaning the spectators sit on all four sides of the stage.

At the Globe, Maslany acted in standard regional theatre fare such as The Secret Garden and A Christmas Carol – but also worked on shows such as George Dandin, “a totally warped version” of a Molière play directed by Joey Tremblay (who now runs the indie theatre company Curtain Razors with Maslany’s friends Johanna Bundon and Jayden Pfeifer).

The Saskatchewan native also did a lot of experimental, improvisational work at the Globe, creating one-act plays on the spot – which has helped her work with van Hove, whose work she says involves both “extreme structure, and then so much freedom." (Her “bestie” from those days and today, Tess Degenstein, is currently starring in an improvised play called Blind Date at the Arts Club in Vancouver.)

It’s Maslany’s work in Canadian theatre that led to her performing on Broadway now, in a way. Back in 2012, she appeared in an indie production of Christopher Shinn’s Other People at the Young Centre in Toronto – through which she met and befriended that American playwright.

Last year, Maslany did a reading of Shinn’s Pulitzer-nominated play Dying City that was attended by Lila Neugebauer, one of New York’s hottest young directors.

That led to Neugebauer asking Maslany to be in the New York premiere of a play by Tracy Letts (who won the Pulitzer for August: Osage County) called Mary Page Marlowe this summer off-Broadway. That drama was an inside-out version of acting in Orphan Black: Instead of Maslany playing a dozen different characters, it featured her and five other female actors playing a single woman at different stages of her life.

Once she was acting in New York, Maslany pursued the part in Network, having seen van Hove’s high-concept, camera-filled stage adaptation of another film, The Damned, at the Park Avenue Armory. “I had a great meeting with Ivo, and was kind of embarrassingly … I don’t want to say ‘desperate,’ but I was really putting my heart out there,” she says.

“I felt very passionate about Diana … There’s something about her that I find beautiful and exciting, which is her hunger and her ferocity.

“She just wants – and that desire is such an interesting thing to see in a character, a woman character of that time, and even today.”

Review: National Ballet’s The Dream is a poetic extraction of character and mood Subscriber content
November 23, 2018 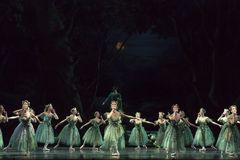 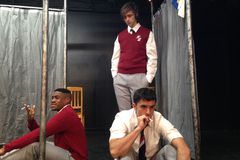 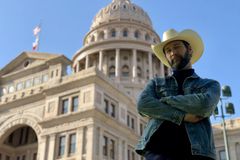