Strange as this may seem, Les Grands Ballets Canadiens took a step into its future on Thursday via one of the oldest ballets in the repertoire. The company danced its first Montreal performance of Giselle in 20 years at Place des Arts’s Salle Wilfrid-Pelletier, one week after presenting the piece at the National Arts Centre.

Artistic director Ivan Cavallari said when he took up the job in 2017 that he wanted to give the company a more classical profile after years as a mainly “demi-pointe” troupe focused on contemporary dance. In recent years, aside from its annual run of The Nutcracker, the GBC has relied on touring companies to deliver the big classical story ballets, a practice Mr. Cavallari vowed to end.

Step one in that direction was his own adaptation of Giselle, based on the Marius Petipa choreography that underlies most current productions (not including South African Dada Masilo, whose eclectic take on the work played Place des Arts in September). Step two is a GBC production of The Sleeping Beauty, coming next season and choreographed in 1987 by Brazilian Marcia Haydee, the celebrated former Stuttgart Ballet director and ballerina.

The 2019-20 season opens in October with a new Carmina Burana by Romanian Edward Clug, along with Mr. Clug’s Stabat MATER from 2013, which GBC presented just two years ago. Then comes Fernand Nault’s The Nutcracker, followed by an all-Beethoven program in February, with a new take by American Garrett Smith on the Symphony No. 5, and the late Uwe Scholz’s setting of the Symphony No. 7 – a piece also performed in 2017. The season continues in March with Luna, a trilogy of moon-related pieces by three current or former GBC dancers: Andrew Skeels, Vanesa Garcia-Ribala Montoya and Lesley Telford.

After a run of Romeo and Juliet in April by the visiting Georgian National Ballet, GBC ends its season in June, 2020, with Ms. Haydee’s Sleeping Beauty, which Mr. Cavallari staged during his previous gig as artistic director of the West Australian Ballet. Mr. Cavallari also danced in the work while a member of the Stuttgart Ballet, with Ms. Haydee as his boss; his last-ever role before retiring as a dancer was the fairy Carabosse. Unaccountably, Ms. Haydee’s name appears nowhere in the glossy season brochure.

That’s a minor flub compared to the PR disaster Mr. Cavallari brought upon himself last year when he announced the current season, originally called An Ode to Woman, which included a mixed program “on the inexhaustible theme of what it is to be a woman” – as interpreted by three male choreographers. That program, first called Femmes, is coming up next month under the title Parlami d’Amore, and now has seven choreographers, including three women from the company (Montoya, Tetyana Martyanova and Vera Kvarcakova).

Mr. Cavallari said his Giselle would have more dancing for the men, and he delivered at once with a big opening solo for Hilarion, the rustic suitor Giselle spurns in favour of the incognito aristocrat Albrecht. Hilarion is often mainly a mime role, but Célestin Boutin leapt and spun around the stage almost each time he appeared.

Mr. Boutin’s display of athletic passion posed a problem for Alessio Scognamiglio (Albrecht), who had the grace and facility of a danseur noble, but no fire, nor any flair for the teasing intimacy of his first scene with Giselle. It was as if Albrecht had heard a rumour that he was fond of this girl, but wasn’t sure of it himself.

As Giselle, Yui Sugawara conveyed fragility and dignity while moving convincingly through the character’s transit from girlish joy to devastation when Albrecht’s real identity, and actual fiancée, are revealed. Unfortunately, Giselle’s mad scene and death were upstaged by the scenery. A gigantic and rather garish series of landscape projections began quaking and shaking, apparently to mirror Giselle’s derangement. It was a dumb idea, and embarrassingly executed, in a city of world-leading lighting design and technology. The first-act dances of the corps, women and men, were performed energetically, if not always cleanly.

Any Giselle can be rescued if the ballet-blanc of the second act goes well, and this one did. Ms. Sugawara deepened her characterization through some demanding episodes, and Mr. Scognamiglio proved a sympathetic partner and elegant soloist.

The women of the corps de ballet, as the spirits who kill faithless men, were a pleasure to watch in their graceful, quasi-military formations. Maude Sabourin, as their leader Myrtha, was truly menacing, although Mr. Cavallari’s decision to have her stalk around during Act I was unnecessary and confusing. Throughout the ballet, conductor Jean-Claude Picard led a bold if sometimes over-heavy performance of Adolphe-Charles Adam’s orchestral score.

The opening-night audience hailed the show enthusiastically. Twenty years was too long to wait for the return of one of the great classical ballets. 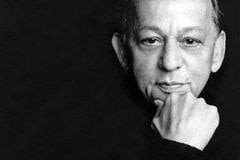 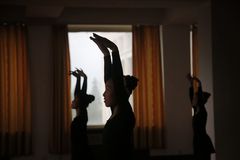 Review: The National Ballet’s Frame by Frame feels mixed − but with moments of striking beauty
June 3, 2018 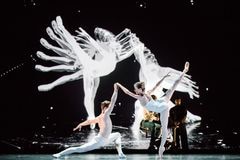