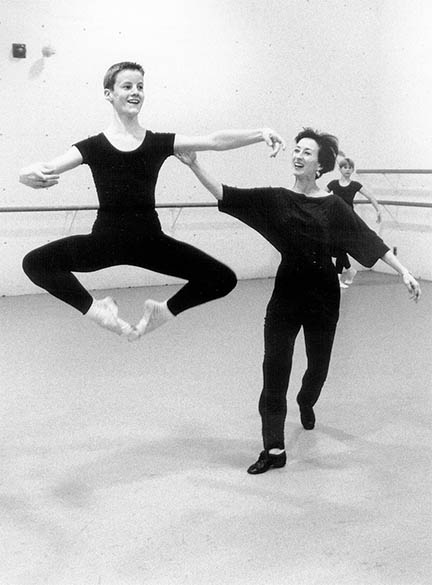 One of Mavis Staines’s aims as a teacher at Canada's National Ballet School in Toronto was to nurture students’ own creativity.
Jeannette Collins/The Canadian Press 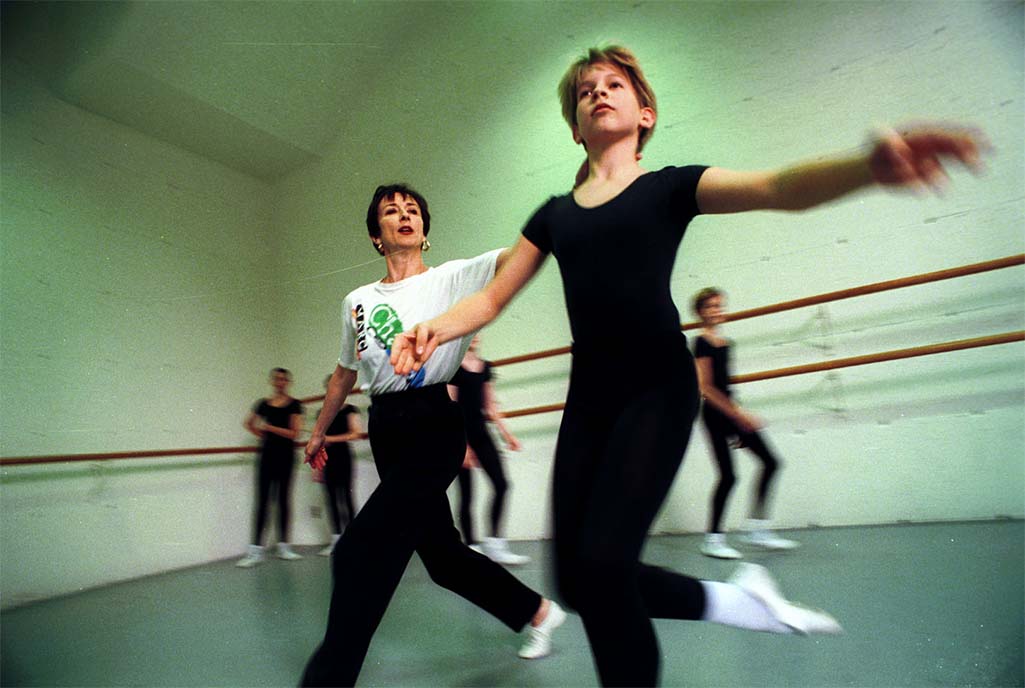 She also emphasized the physical and mental health of dancers.
Patti Gower/The Globe and Mail 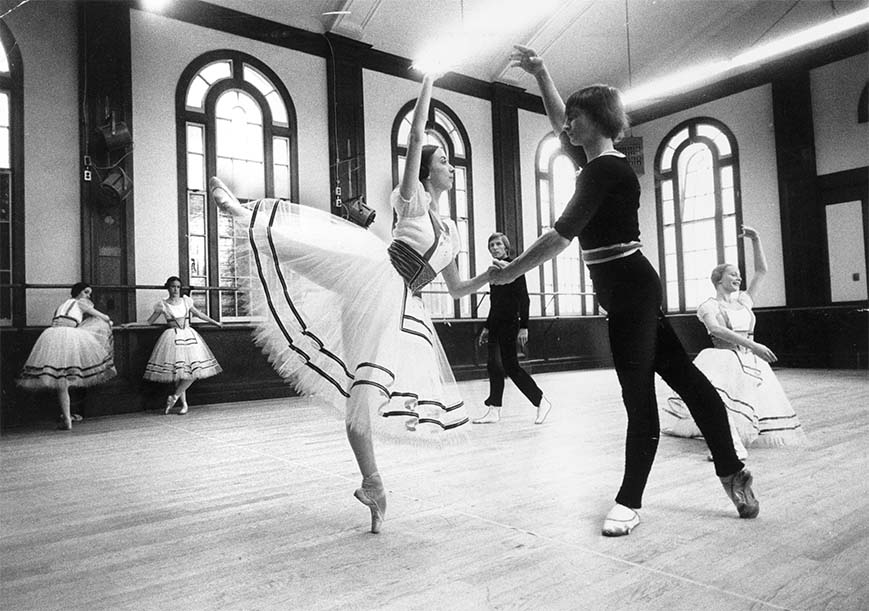 Front, Mavis Staines dances with Luc Amyot and Susan Keen in 1973 at the National Ballet School, with teacher Erik Bruhn looking on. In back, from left, Esther Murillo and Jennifer Orr.
John McNeill/The Globe and Mail

Every day for the past 30 years, when she’s not traveling for work or giving lectures, Canada’s National Ballet School artistic director Mavis Staines has found the time to teach. 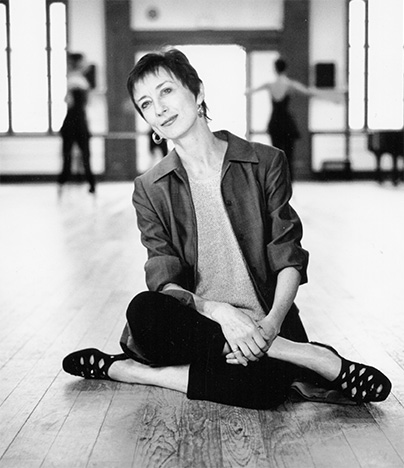 An injury ended Staines’s career as a soloist but brought her back to the National Ballet School, as a teacher.
Dan Cremin

“I don’t think there’s a more powerful way to learn,” she says in a measured, soft-spoken timbre. “It nurtures my soul.”

Now 64, Staines still teaches two hours a day at NBS’s Toronto locale. Her commitment, not only to the prima ballerinas but also to anyone who has ever dreamed they could be one, is a product of a lifelong belief in questioning the value of tradition.

It is this anti-dogmatic approach which led the former rising star from Quebec’s Eastern Townships toward a three-decade-long track record of democratizing and ushering in systematic changes to one of the most rigid and respected forms of artistic expression.

Already a member of the Order of Canada, this week Staines will receive the Governor General’s Performing Arts Award in recognition of a lifetime of artistic achievement.

“The whole experience is profoundly moving and also a bit surreal,” she says. “I've been fortunate enough to make systemic changes in dance education. But making sure dance, and ballet, is part of everybody's life in some way is not an opportunity I expected.”

For a long time, Staines had expected a life in the spotlight. Graduating from the National Ballet School in 1972, she quickly found success as a soloist, first in Canada then abroad at the Dutch National Ballet. But when an accidental fall down a flight of stairs prematurely ended her career and brought her back to her alma mater, Staines discovered that her natural empathy and dislike of traditional roles, coupled with a rare youthful bravado among her peers, allowed her to create a vision for a more inclusive and expansive future.

So when the school’s founder Betty Oliphant chose Staines as her successor, the then-34-year-old took an old saying to heart. “It’s essential to guard the master’s fire, not cherish their ashes,” she quotes. “I always found that empowering.”

Within the powers of her new role, Staines aimed to redefine the power dynamic often associated with the craft. “It was of interest to me to empower the dancers to end the longstanding tradition in which they were often infantilized and there was not much encouragement in partnership, rather a tendency to look for obedience,” she explains. “I wanted to make sure there was a commitment to dancers finding their voice so that by the time they graduate they had the life skills and the capacity to use their voice to communicate well so that they were creative partners.”

I wanted to make sure there was a commitment to dancers finding their voice.

To Staines’s surprise, the dance world quickly adopted her philosophies. And soon, by way of NBS’ partner schools around the world, her methods and philosophies began to spread. “Once the base was established, the transitions and the changes in attitudes happened faster than I had hoped,” she recalls. “As long as there was excellence, integrity and very careful thought put into why and how, once the roots had grown long enough, then, my goodness, the growth and momentum from there was quite exhilarating.”

Today, many of the Staines’ radical ideas — student-led teaching, community outreach, globally relevant ideologies and an emphasis on physical and mental health — are commonplace. And many of Staines’s students, whether they have continued in dance or not, have gone on to preach and evolve her doctrine.

Ever the teacher, Staines says it is this legacy of improvement which has brought her soul the greatest nourishment to date.

“Many of them are now leaders,” she says. “They’re building on my legacy in ways that certainly improve on what I’ve done. Just watching what they carry forward, is inspiring to me.”