Mike Payette has been hired as the next artistic director of Tarragon Theatre – a choice that will initially land as a surprise in Toronto’s theatre scene when it is officially announced today.

Here’s a 36-year-old director whose career has been built mostly at English-language theatres in Montreal. One who currently runs a company for young audiences called Geordie and who has never worked at the Tarragon – or, indeed, seen more than a handful of plays on its stages.

But a closer look at Payette’s résumé reveals an artist who has a deep affinity with Tarragon’s history, and plenty to offer its future.

The lifelong Montrealer, who will become the fourth artistic director in Tarragon’s half a century of existence, describes the theatre company he’s taking over in September as “on the precipice of evolution.”

“Here’s a moment for building something new with a fresh voice, but also building on the legacy,” he said, in an exclusive preannouncement interview with The Globe and Mail.

Payette’s connection to that legacy is clear from his CV. With Tableau D’Hôte, an independent company he co-founded in 2005 while studying at Concordia University, he directed the (often overdue) English-language professional Montreal premieres of numerous “Canadian classics” created at the Tarragon under its three previous artistic directors.

Those include Joan MacLeod’s Another Home Invasion (originally directed by outgoing artistic director Richard Rose in 2009), Judith Thompson’s Lion in the Streets (developed and first produced at Tarragon under Urjo Kareda in 1990) and the original English translation of Michel Tremblay’s Hosanna (directed by Tarragon’s founder Bill Glassco in 1974).

(A piece of trivia I can’t resist pointing out: Richard Monette, who starred in that Hosanna, took it to Broadway and later became artistic director of the Stratford Festival, grew up on Walkley Avenue in Montreal’s Notre-Dame-de-Grâce neighbourhood, the same street Payette grew up on.)

Of equal if not greater importance in Payette’s career to date, however, is the hard work he’s put in behind the scenes building Canadian theatre’s present and future.

Then, at Geordie for the past five years, he’s been in the trenches creating the next generation of audiences. He’s particularly proud of having ensured the 40,000 kids of all different backgrounds the company serves on its annual Eastern Canadian tour could see themselves represented not only onstage but in behind-the-scene roles such as director, playwright and designer.

While he’s always been based in Montreal (and has only briefly lived outside NDG), Payette has been growing his national presence as an artist through freelance work in recent years, and has seemed on the precipice of something bigger himself.

In the 2018-19 season, he directed two shows that toured the country, both of which touched down in Toronto at the Factory Theatre: The Tashme Project, a documentary play about the history and legacy of Japanese-Canadian internment in the Second World War; and Angélique, a revival of an unjustly neglected work by the late Lorena Gale about an enslaved Black woman said to have set fire to the city of Montreal in 1734.

During the pandemic, Payette has continued to flex his artistic muscles as director on two of the plays in Obsidian Theatre’s national 21 Black Futures project currently streaming on CBC Gem – one in English, the other in French.

Tarragon’s long tradition of connecting French-language playwrights with English-Canadian audiences – from Tremblay to Wajdi Mouawad – seems assured, though Payette notes he’s interested in works translated from other, unofficial, languages, too.

While he recognizes Tarragon as a home for playwrights, he talks – like many in his generation – in the language of “creators” and says he wants to explore “different types of dramaturgy” that might centre dance, music or poetry, not just text.

Mostly, however, Payette’s pitch for himself is as a “bridge builder.” He wants to build them between Tarragon and other theatre companies at home, nationally and abroad; between generations onstage and off through forays into family shows; and between the theatre’s loyal audience and other potential audiences who may not currently be, he says, “invited to the table.”

It may help in that latter goal that Payette will be the first BIPOC artist to run Tarragon, but this fact is not specifically highlighted in the theatre company’s press release – a “conscious consideration,” he says, on his and the theatre’s part.

The director has been a “first” for much of his career. He was the youngest person to direct at Black Theatre Workshop; the first Black artist to run a non-culturally mandated company in Quebec; and the first Black or anglophone director hired to direct a play at the major French-language company Duceppe.

“It is what it is; it’s deeply personal,” Payette says of being Black. “My relationship to my culture belongs to me, it doesn’t belong to anybody else.”

Ultimately, what’s surprising to this theatre critic about Payette’s appointment is that he’s such a fine fit – but I may still have a hangover from the era where Toronto boards of directors prioritized flashiness or fundraising over the right blend of artistic and leadership skills.

In this case, it’s perhaps worth noting that the board struck a search committee that included not one, but three theatre artists. That process no doubt helped lead to this satisfying conclusion: the appointment of a director on the way up that sends a message to Canadian theatre artists that they can build careers in their cities and still get noticed in Toronto. 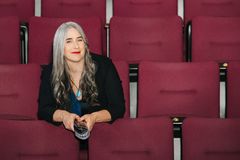 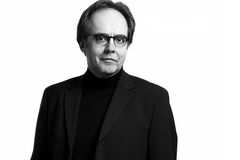 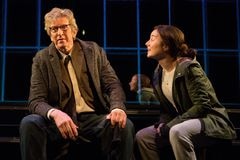