While shutting down because of the pandemic has been hard for performing arts companies, reopening in 2021 will be, in many ways, the more difficult task.

As Toronto commercial producer David Mirvish has often told me, quoting his late father: At least when a theatre is closed, you know how much money it’s losing every week.

I mainly focused on not-for-profit theatres – and so couldn’t fit in the responses I received back from Cirque du Soleil, which, as one of the largest commercial performing arts companies in the world, is facing unique challenges. (The Quebec-based circus giant’s particular financial struggles have been widely covered; it filed for creditor protection in June and fell under new ownership in August.)

In an e-mail, Cirque president and CEO Daniel Lamarre said the circus company’s resident shows in Las Vegas and Orlando will be the first to reopen as soon as it is safely possible. The artists involved all live in those areas, and performances can be back on track with just a few weeks of training and rehearsal. “Hopefully some time next summer,” Lamarre wrote – which is a slightly revised projection from what he told The Globe and Mail in the fall.

Canadian audiences, of course, will be most interested in when Cirque touring shows under le Grand Chapiteau – the name of the company’s signature big tops – might reappear in cities such as Montreal, Toronto and Vancouver, and when smaller cities might see the company’s arena shows again.

Relaunching operation on touring shows is more complicated, Lamarre says. “Our artists come from more than 50 different countries; therefore, we will have to wait for the market to come back to normalcy first – travel restrictions and border closures need to be lifted,” he writes. “Even though we are optimistic with the vaccines, for the time being, we do not foresee bringing back touring shows before fall 2021.”

Based on what Lamarre has said to other news media outlets, it’s possible that bigger Canadian cities might see more Cirque in the future under its new ownership. In an interview this fall, he suggested that tours will likely devote more time to large markets – such as “New York, Toronto or Tokyo,” Bloomberg reported in November.

Before the holidays, I wrote about how Black Theatre Workshop will be curating half of the National Arts Centre’s English Theatre season in 2021-2022 – an intriguing new experiment in power-sharing that grew out of recent calls to combat anti-Black racism in arts institutions.

If you’re curious to learn more about BTW, the normally Montreal-based company is kicking off its 50th anniversary season on Friday with a play reading of a work in development called Sanctuary. Written in English and Creole, the play is penned by the company’s newly appointed artistic associate Lydie Dubuisson – and is described as “a feminist conversation between a teenage girl and her sister, her godmother, her best friend, and God, as she takes refuge in the sanctuary of her church.”

Tamara Brown directs a cast of four in this reading that will be streamed live on BTW’s Facebook page and YouTube Channel on Friday, January 15 at 3PM ET. 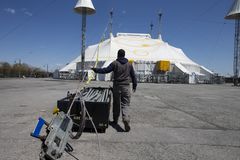 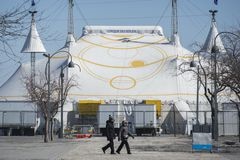 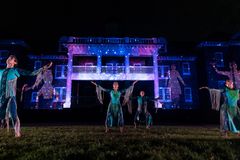