Robert Dziekanski arrived in Vancouver from Poland on October 13, 2007, to begin a new life. He died hours later, still at the airport, after being tasered by RCMP officers.

In 2012, an opera about the tragedy premiered in concert at the Scotia Festival of Music in Halifax. Then, in 2015, a stage version premiered, also in Halifax.

On Thursday, I will fly like a bird has its U.S. premiere in Chicago, opening the Thompson Street Opera Company’s season – the first time the company has staged a Canadian opera.

“It’s a very moving story and a beautiful piece of music,” says Claire DiVizio, the Chicago company’s founder and executive and artistic director. “The way the libretto was put together was really compelling and the piece itself has a really well crafted shape.”

While Dziekanski’s mother, Zofia Cisowski, waited at the airport to greet her son, the Polish man, 40, was stuck in customs for hours, unable to speak English and thus unable to communicate with authorities. Eventually, he began acting erratically, smashing things, and at one point picked up a stapler. He was tasered by the RCMP several times, and died within minutes. A cell phone video taken by a bystander offered key insights into the case and outraged the public. An inquiry later found that the officers were not justified in using the taser.

“If that cell phone video hadn’t been there, everything would have been covered up. Robert Dziekanski would have died as a madman without any redeeming features to the story,” says J. Andrew Wainwright, who wrote the libretto for the opera. “It’s just so disturbing. I mean the man has his hands up in the air and he’s holding a stapler at the end of his life.”

The opera is Wainwright’s brainchild. A novelist, poet and biographer, and professor emeritus in the Department of English at Dalhousie University, he had never written a libretto before. But this story compelled him to work in that form.

“I just saw night after night Robert Dziekanski being tasered and dying on television and I thought his life shouldn’t be reduced to that. There was a humanity to the man and an experience to the man that needed to be talked about,” Wainwright says. He was put in touch with U.S.-born, Nova Scotia-based composer John Plant. “He got back to me and said ‘this was written for music and I’ll do it,’ ” Wainwright recalls.

The one-act, 50-minute chamber opera is told through two characters, mother and son, unfolding in five parts. The opening segment is titled Gliwice, the city in Poland where Dziekanski (sung by baritones Jonathan Wilson alternating with Nathaniel Hill) came from. There, he imagines a reunion with his mother, who has moved to Canada. She lives in Kamloops, where Dziekanski hopes to fly like a bird. In Part Two, Transatlantic, Dziekanski describes his flight as his mother (mezzo-sopranos Jennifer Barrett and Marissa Simmons) waits for him in vain at the Vancouver airport. In the next section, In the Hold, Dziekanski is trapped at the airport, YVR, wandering and confused. In Part Four, On the Ground, Dziekanski is tasered and falls to the ground. A brief fifth scene is titled Kamloops, where Cisowski has returned after being told incorrectly that her son had never landed in Vancouver.

In Chicago, the staging includes the use of projections that help tell the story: time stamps to indicate the time of day and the length of events. During an instrumental interlude, information will appear about the event. No photographs – or videos – of the real-life people involved are used.

When the work premiered in 2012, Wainwright spearheaded a fundraising campaign to bring Cisowski to Halifax for the performance. She was introduced afterward, receiving an emotional standing ovation.

He aches to see the opera produced elsewhere in Canada – especially in Vancouver; he would particularly love to see a site-specific production at the airport. Thus far, there have been no takers.

“John Plant and I tried to interest more than one Canadian opera company in producing the material and in the end they just weren’t interested,” Wainwright says. “And now it’s ironic to me that an American company has picked it up. I think it has so much to do with that Donald Trump narrative of ‘go back where you came from.’ ”

While the opera was chosen for its artistic merits and not its political message, the company understands that it will be viewed through the lens of current events.

“We fully expect that it will make people think about where we are now in this country today, but we are not going out of our way to explicitly draw parallels,” DiVizio says.

“I think it’s a really important time to remember the humanity of individuals,” music director Alexandra Enyart adds in a separate interview.

Neither DiVizio nor Enyart were familiar with the tragedy before being introduced to the opera, which Wainwright wrote as a tribute to Dziekanski.

As Wainwright told Cisowski years ago in a letter to inform her about the project: “your son deserves to be remembered for the aspirations that were so cruelly taken from him in the manner of his passing.”

I will fly like a bird is at the Athenaeum Theatre in Chicago Sept. 12-15. 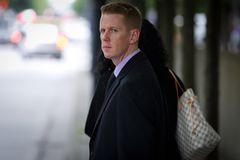 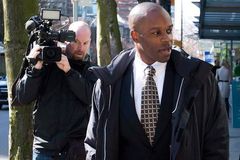