Venue: Festival Theatre at the Stratford Festival in Stratford, Ont.

Julius Caesar is a ceaselessly relevant play – or so most theatre directors would have you believe.

Recent productions of the play in the United States have dressed the title character to resemble Barack Obama, Hillary Clinton or Donald Trump.

At Stratford Festival this season, however, you won’t find any Trudeau or Fords toddling around in togas in ancient Rome.

Director Scott Wentworth is more interested in finding out what really lurks inside of Shakespeare’s plays than playing to or against our preconceptions of them.

Surprisingly, his moody and murkily lit production of Julius Caesar shows it to be less of the topical treatise on how (not) to deal with a tyrant-in-training that we expect – and more like some sort of mass Macbeth.

His Rome is not a place of reason, but one filled with the supernatural and unnatural – soothsayers and ghosts and inexplicable phenomena – released on the world in response to the group going against the natural political order by murdering Caesar.

Shakespeare’s play seems simpler in a way, for better or for worse: Just another cautionary tale about conspiring elites, penned by a staunch Elizabethan monarchist, nervous about succession in the time of an aging queen.

With costuming that’s an anachronistic, cumbersome mix of Elizabethan and Roman attire (designed by Christina Poddubiuk), Wentworth’s production is almost aggressive in its desire to distance itself from our times – a thumb bitten at the myth that Shakespeare is our contemporary.

Many of the male characters are played by female actors, a fact which Wentworth’s production is at pains to make seem unremarkable. This casting is not an attempt to bring the play closer to us or our times. No cries of “#MeToo, Brute” from this Caesar as he is stabbed – though the general misogyny of the society Shakespeare depicts does come into sharper focus in a production that does not recreate it.

Seana McKenna is a smug, swaggering Julius Caesar, an entertaining presence I was sorry to lose so soon, while Irene Poole is a seething, serpentine Cassius - the chief conspirator in the plot to assassinate Caesar and, supposedly, save the Roman republic.

There’s an element of spoofing masculinity, or its toxic elements at least, in both of their performances.

Other women in the cast, however, embody their roles without a hint of the meta-theatrical. Sophia Walker is simply fierce as Octavius Caesar – a warrior through and through. As soon as she makes her electric entrance, there’s no doubt about who will win the coming civil war.

Michelle Giroux, meanwhile, delivers a Marc Antony that blows away all the built-up baggage around Julius Caesar’s right-hand man – who, in his famous “friends, Romans, countrymen” speech, convinces the people to run the senators who assassinated their hero out of Rome. Her Antony is slight and suspicious, cautious and canny, not at all the pleasure-seeking brute we’re used to seeing.

Giroux’s performance shifts the balance of the play radically from its usual axis when it comes to the audience’s sympathy. When Marc Antony speaks of Brutus as “the noblest Roman of them all,” it seems a humble lie – it seems here that he is the noblest character in this play.

Brutus, often portrayed as the smartest guy in the room, is only the most serious here in Jonathan Goad’s somewhat joyless performance. In a way, Goad has to fight against the fact that he is the only man in a star role: If his performance sometimes reads as bland, it is because, unlike those he is acting opposite, it has no extra layer.

What’s absent throughout though is an infectious zeal, that of a true believer, for the ideals of the Roman republic that Caesar seems on the verge of betraying. Without some sense of right mixed with the wrong that an audience can latch onto, this tragedy seems less a tragedy than a bloody power struggle.

The second half, in particular, becomes a dreary affair, waiting for everyone who must die to die. Perhaps that’s just the play – but Wentworth surely came to praise Shakespeare, not bury him. 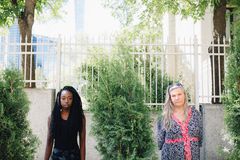 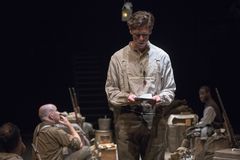 Theatre Review
Review: The Hound of the Baskervilles a lark thanks to Damien Atkins’ sure-footed Sherlock
August 12, 2018 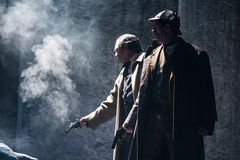