George Bernard Shaw may not have written a masterpiece during a plague – as many surmise Shakespeare did – but the most iconic element of the Irish playwright’s image was the result of one: that voluminous red beard that turned white with age and gave him an air of wisdom.

Shaw contracted smallpox during an epidemic in 1881 and – depending on what source you read – was either thereafter unable to shave owing to the scars left behind on his chin and jaw, or wore his facial hair long in order to hide those scars.

What Shaw definitely did not hide, however, was how he felt about vaccination in the wake of the seeming failure of his own childhood inoculation against the disfiguring disease.

Instead of becoming a booster of booster shots, he turned on vaccination and wrote it was “nothing short of attempted murder” in a letter to the president of the Anti-Vaccination League in 1906. Shaw was and would remain an anti-vaxxer for the rest of his long life. (He died in 1950 at age 94.)

This month, the Shaw Festival – the Ontario theatre company in Niagara-on-the-Lake named after the begetter of Man and Superman, Mrs. Warren’s Profession and 60 other dramatic works – opens its first full production of a play since 2019. The show getting the honour is The Devil’s Disciple, Shaw’s 1897 romp set during the American Revolution.

That the Shaw Festival is finally producing Shaw again is a direct consequence of a significant majority of the province’s population receiving at least one dose of COVID-19 vaccine. Is there a certain dramatic irony here?

Artistic director Tim Carroll says the topic of Shaw’s anti-vax stand has only really come up in passing at the theatre company. “We haven’t been able to sit around discussing such things,” says Carroll, who lost most of his 2020 season, has seen his 2021 season through countless pivots and, to top it off, has recently had a number of outdoor preview performances rained out. “We’ve been just trying to get the bloody shows on.”

Fair enough. Nevertheless, Shaw’s attitudes have resurfaced in the larger discourse during the COVID-19 pandemic – not as a part of contemporary misinformation spread (the Nobel Prize winner is not exactly an enduring influencer), but more in attempts to understand that phenomenon.

Last fall, amid concerns about vaccine hesitancy, Irish critic and commentator Fintan O’Toole took to the pages of the Irish Times to revisit a letter Shaw had written to that same paper in 1944, at age 88. In it, the playwright decried “the dangerous and grossly unscientific operation called vaccination.”

O’Toole took the position that, paradoxically, science owes a certain debt of gratitude to early anti-vaxxers such as Shaw. While the playwright’s allegation in 1944 that vaccines killed people was “wildly exaggerated,” it was not entirely wrong when he formed those views in his youth.

Many inoculation campaigns at that time had been “a free for all,” O’Toole noted, and concerns raised about them led the medical profession toward proper regulation and trials, which ultimately made vaccines safer.

“Only if we understand the social resistance to vaccines, not just as individual selfishness or stupidity but as a historical and cultural phenomenon, can we think about how to counter it,” O’Toole wrote.

While Shaw was misguided about vaccination – as he was with most other medical matters (he rejected germ theory, outright, for instance) – he was not entirely lacking in insight on how to prevent the spread of disease.

In a recent article in Shaw: The Journal of Bernard Shaw Studies, academic Bernard F. Dukore examines the writer’s attempts to stop a smallpox outbreak in London in 1901, when he was a borough councillor for the St. Pancras district.

Shaw knew that some areas of the borough were illegally overcrowded, and wrote a series of private and then public letters that September arguing for money to be urgently allocated for the hiring of emergency sanitary inspectors. He believed that the city was “heading straight for an epidemic of smallpox.”

As Dukore writes, Shaw’s alarm was justified. A smallpox epidemic broke out that fall and close to 10,000 contracted the frequently deadly disease by January of 1903. The fact that many Londoners were vaccinated may have mitigated it, but was not enough to stop it.

“How many of these victims had been inoculated is uncertain, but other factors are well known,” Dukore writes. “Groups of people, especially in such enclosed spaces as workplaces, classrooms and homes, spread the disease through droplets of saliva expelled from their mouths by coughing, sneezing, speaking and even breathing.”

It was only after the epidemic had spread through London that health and sanitary authorities resumed house-to-house inspections, as Shaw had advised.

Later in 1903, Shaw worked on a tract about education for the Fabian Society – a British socialist organization – and fought his fellow progressives to include a recommendation that every education committee should have a medical officer to advise on heating and ventilation in schools.

As anyone who follows the news now knows, the battle for the best possible ventilation in schools continues, including in this country. For some reason, preventive measures and vaccination still do not always go hand in hand.

“What [Shaw] realized was that the great killers were poverty, overcrowding and lack of sanitation,” O’Toole wrote. “His concern was that vaccination was being used as a cheap and dubiously effective alternative to real action against these social evils: Give them a jab but leave them to live in filth.”

There’s plenty to learn about the past and therefore the present in examining how Shaw formed his views – even though they became more and more wrong-headed and extreme the older he got. (Let’s not get into his drift toward authoritarianism.) In that 1944 letter to the Times, he wrote that “more people are now killed by vaccination than by smallpox.”

In fact, it’s been estimated that 300 million died of smallpox in the 20th century alone until the disease was finally vaccinated out of existence in 1977, thanks to a global eradication campaign led by the World Health Organization. It is considered one of the great accomplishments of human history.

The Shaw Festival has no plans to eradicate George Bernard Shaw because of his views on vaccination or anything else, according to Carroll.

“We’re just the Shaw Festival because we like the plays that he wrote,” he says. “I think it would be a strange thing to say that the life and work can’t be disentangled.” 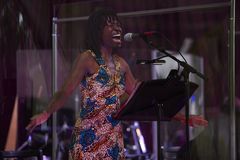 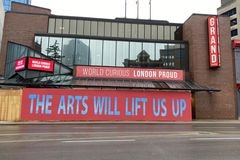 Sketches from Stratford: Debut, take two for directors of A Midsummer Night’s Dream and The Rez Sisters
Subscriber content
July 20, 2021 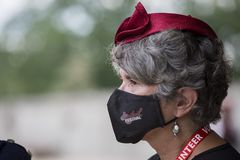