Back in March, Sean Devine’s play Daisy had its long-awaited Canadian premiere at the Great Canadian Theatre Company in Ottawa.

I had been hoping to get out to the capital to review it, but did not get the chance: GCTC’s production had two preview performances – and then opened and closed on the same night due to the pandemic.

But now, due to one of those strange COVID-19 plot twists, I have two opportunities to see Devine’s play – which is about the Madison Avenue team that created the chilling and controversial “Daisy” attack ad run by Lyndon B. Johnson’s campaign in the 1964 presidential election – without leaving my house this week.

Two duelling American productions of the Canadian playwright’s drama will soon be up and running online.

International City Theatre in Long Beach, Calif., is streaming on demand a “virtual presentation” of Daisy until November 7. While that theatre company postponed the rest of its 2020-21 season, director caryn desai decided to go ahead with Devine’s play in this altered form because of its relevance to the 2020 presidential election. (Tickets are US$20.)

At the same time, Falcon Theatre – which describes itself as “Greater Cincinnati’s only true storefront theatre” – is producing Daisy in a format that director Tara Williams describes as “theatre for film.” That company’s “production,” shot on location at different sites across Cincinnati, will be available for on-demand streaming from Oct. 30 to Nov. 7. (Ticket prices are TBA.)

As for the GCTC production in Ottawa, Devine told me by e-mail that the hope is that the Canadian premiere can resume performances in front of live, in-person audiences in fall 2021. “The set is still up on the stage!” he wrote.

If you’ve never seen the (in) famous ad in question, which featured a little girl and images of an atomic-bomb explosion and played on fears LBJ’s opponent Barry Goldwater might lead the country into nuclear war, it has been preserved by the Library of Congress and is available to watch on YouTube. Its tag line urging American voters to head to the polls certainly resonates right now: “The stakes are too high for you to stay home.”

A Brimful of Asha has been a huge success for director Ravi Jain and his mother, Asha Jain, since it premiered in 2012 – touring across Canada and to the U.S., U.K. and Australia in its original Why Not Theatre production.

The heartwarming show tells the true story of how Asha tried to arrange a marriage for Ravi on a trip to India – and for a long time mother and son toured in the show, performing it themselves. That was a big part of its charm. (I wrote about a trend of theatre artists acting with their real-life parents back in 2013.)

Now, A Brimful of Asha has a life of its own separate from the Jains. The Citadel Theatre in Edmonton has opened a new production of the play directed by Mieko Ouchi and starring Adolyn H. Dar and Nimet Kanji. It’s running to live, in-person masked audiences (maximum 100) in the Shoctor Theatre until Nov. 15.

This week the Arts Club is opening the second solo show in its Fall Theatre Trio – a series of plays that can be watched in person in Vancouver or online from anywhere in the world.

Buffoon, Anosh Irani’s tragicomic play about a circus clown, was named the best new play of the season in Toronto at the 2020 Dora Mavor Moore Awards. Kayvon Khoshkam and Andrew McNee are alternating in the one and only role until Dec. 6 in this new production. The Globe and Mail’s Marsha Lederman will be there in the flesh to see one of them later this week; keep an eye out for her review.

Elsewhere in Vancouver/cyberspace, Rumble Theatre is presenting the 2020 edition of its lively Tremors Festival this week with a selection of theatre, dance, music, video and virtual reality works in development from Oct. 28 to 31. Passes are free – and the festival’s “archive” will be open for two weeks after for digital viewing.

Toronto’s Crow’s Theatre is remounting its spooky Dora-winning 2019 production of American composer Dave Malloy’s Ghost Quartet as a “filmed concert” that can be streamed nightly today through Oct. 31. Each “performance” of the film begins at 8 p.m. EST, but ticket holders will have a six-hour window after that to watch.

Prices are $16.95 for students, seniors or art workers, $28.25 for everyone else – and if you live in the GTA, you can splurge and have a dinner from the French brasserie Gare de l’Est delivered to eat while watching.

I’ll be tuning in tonight and look forward to revisiting this utterly original musical. Look for a review later this week. 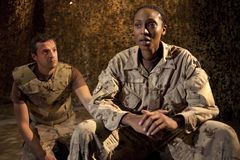 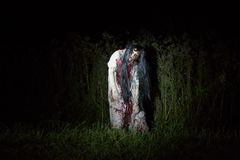 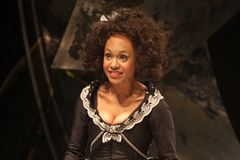