In the spring of 2011, Cassidy Little, a medic with Britain’s Royal Marine Commandos, was on patrol in Afghanistan’s Helmand province when a hidden explosive blew apart one of his legs and left him riddled with injuries.

“I lost my leg below the knee on the right side,” Canadian-born Little says. “I have a massive skin graft and some nerve damage up my left side and I’m missing another chunk on the upper part of my right leg. I had a double fracture to my pelvis, a mild brain injury and a semi-detached retina in my left eye. And as a result of all this trauma, I now have type 1 diabetes.”

Bearded and relaxed, Little is totting up his wounds while cheerfully sipping beer during a Skype call from Zante, Greece. He jokes that his wife has forced him “at gunpoint” to take a family holiday before he begins his next tour of duty. That tour is a theatrical one. He’s headed back to Toronto this month to perform in Soldier On, a new British play by and about war veterans that runs at the Baillie (formerly Berkeley Street) Theatre.

Toronto already knows Little from The Two Worlds of Charlie F., a previous British show involving vets that Mirvish Productions brought to the Princess of Wales Theatre in 2014. It was a remarkably candid and surprisingly lively mix of drama, black comedy and song-and-dance, in which Little played the lead role.

“It was pretty exciting,” he recalls of that gig, but also a bit overwhelming. Although he’d done some acting in his native Newfoundland prior to joining the Royal Marines, Little had never fronted a major production before. “I was like a deer in the headlights,” he admits. “This time, I’m coming back with a lot more experience.” Thanks to Charlie F., his career has since taken off across the pond, with roles in feature films and TV series and a winning stint on Strictly Come Dancing, the original British version of Dancing with the Stars.

“He’s a bit of a celebrity over there,” says Thomas Craig, nursing his own preferred poison, a gin and tonic, at a favourite pub in Toronto’s Beach neighbourhood. “He just did Corrie [the venerable British soap Coronation Street] last year.” The Yorkshire-born Craig, best known as crusty Inspector Brackenreid on CBC Television’s long-running Murdoch Mysteries, co-stars with Little in Soldier On.

You could say Little is a “poster veteran” for successful reintegration into civilian life. His way back was through the theatre. He was still recuperating from his injuries at the British military’s Headley Court rehabilitation centre in the English countryside when he was cast in Charlie F. Like that production, Soldier On is part of an effort not simply to spotlight talented vets, but to use theatre as a means of healing.

Soldier On, in fact, is a piece of meta-theatre about vets putting on a play about vets, revealing how the creative process helps them deal with post-traumatic stress disorder (PTSD). Jonathan Lewis, its playwright and director, says it was inspired by his experience creating a play with the military community in Plymouth, England.

Psychologists have found that creating narratives about trauma is a way to compartmentalize and manage it, Lewis notes. “It’s not a cure, but it helps in the process of building self-awareness and letting go of the pain and damage,” he says during a phone interview from London. “It helps you rebuild. But it also does the same thing for the audience – it provides a catharsis.”

Not that the play is all heavy-going. Lewis adds that it’s full of humour, music and dancing. “It’s been called the military Full Monty,” he says.

The show is produced by Amanda Faber, one of Charlie F.’s co-producers, and the non-profit Soldiers’ Arts Academy. It premiered in early 2018 with a tour of Britain, followed by a five-week run last fall in London at Andrew Lloyd Webber’s off-West End venue, The Other Palace. “We’ve been getting these incredible standing ovations wherever we do it,” Lewis says. “It’s been thrilling to be a part of it.”

A Canadian military vet, tech entrepreneur Roland Gossage, saw the play in London and decided to bankroll a Toronto remount. “It addresses PTSD in a way I’d never seen before,” he says. The 16-member cast is a mix of vets and professional actors. The production playing the Baillie will feature members of the original British company – including Little and Craig – as well as some Canadian actors new to the show: Merle Newell, Janaya Stephens and singer-actor Scotty Newlands, who has an armed forces background as well.

Craig, who lives in London when not shooting Murdoch Mysteries, says the vets are essential to the ensemble – and not just ones such as Little who having acting experience. “Even the guys who’ve never been onstage before bring a quality to the play that you wouldn’t get if it was just entirely professional actors,” he says. “You’d miss that reality that they bring to it. You know that they’ve lived what they’re talking about.”

Little portrays a vet named Woody, whose clownish behaviour hides a seething anger and resentment. “He did a lot for his country and he feels he didn’t get anything in return,” Little explains. He understands that anger himself. “Early days, when I still had tubes and metal bits sticking out of me, I was angry,” he recalls. “If you’re expecting a long career in the military and that’s shortened by a very large explosion, it’s natural to feel that way, and maybe to feel a little sorry for yourself, too.”

Today, he counts his blessings – a supportive family, a burgeoning career – and his incredible luck. Three other men, two fellow Royal Marines and an Afghan interpreter, didn’t survive the blast that took off his leg.

When Charlie F. played Toronto five years ago, Canada was just wrapping up its military involvement in Afghanistan and the after-effects of war were on the public mind. Lewis knows that’s not the case now, either here or in Britain.

“When the body bags aren’t coming back and it’s not making headlines, people tend to forget about [a war],” he says. “But of course, the guys who fought in it are still suffering. Our rates of suicide in the military and among the ex-military are out of control.” In Canada, the story is the same. Although there are no official statistics, an investigation by The Globe and Mail revealed that, as of 2016, at least 70 Canadian soldiers and vets had died by suicide after serving in Afghanistan. The Canadian military and federal government have since jointly launched a mental-health strategy to combat suicide risk.

Lewis, who attended Britain’s Sandhurst officers’ academy as a young man, says the traditional stiff-upper-lip culture of the military is part of the problem. “The prevailing attitude is to ‘man up’ and not complain. That’s what we’re trying to tackle with this play,” he says. “And it’s great that we’ve got people like Cassidy and other veterans involved, because it’s giving a green light that it’s okay to talk about this.”

In Soldier On, the macho attitude is represented by Craig’s character, an ex-sergeant major tasked with helping the director of the play-within-the-play. “I start out hating the whole idea of it, thinking it’s a waste of time,” says the burly actor, whose own military experience is limited to playing many soldiers on stage and screen. “By the end, I want to be in the play. It’s quite a character arc!”

The Soldier On squad hope to take the show elsewhere after its Toronto debut. Lewis and Gossage have met with a representative of Arts in the Armed Forces, the charity set up by Hollywood actor Adam Driver, a former U.S. Marine, with a view to a possible Off-Broadway engagement.

Little adds that the play is relevant to more than just a military audience. PTSD can also be experienced by police, paramedics and other “first responders” and by anyone who has undergone significant and disturbing trauma. “Many people can relate to the stories that are being told here.”

Soldier On runs Nov. 26 to Dec. 8 at the Marilyn and Charles Baillie (Berkeley Street) Theatre in Toronto. (canadianstage.com)

Review
Let’s Run Away is a meditation on how the absence of love affects lives Subscriber content
November 3, 2019 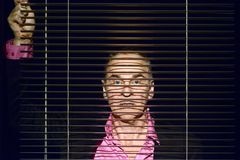 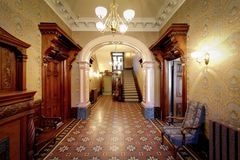 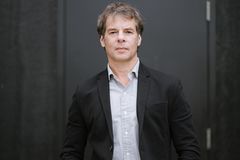