Toronto’s theatre companies fell down a rabbit hole a couple of months ago as the city fell under a stay-at-home order more restrictive than almost anywhere else in the country. It prohibited the rehearsing, filming or live-streaming of plays and musicals.

But now, with the GTA back in what’s called the “grey zone” as of yesterday, postponed digital projects are springing back to life, including Alice in Wonderland, a new “filmed family musical” that will have its world premiere “released” by Soulpepper next month.

The musical is created by the collective known as Bad Hats, which previously made a hit family musical out of public-domain material with Peter Pan, seen at Soulpepper and elsewhere by nearly 50,000 audience members.

Alice in Wonderland, written by Fiona Sauder with songs by Landon Doak and Victor Pokinko and based on the Lewis Carroll classic, will be shot at Soulpepper’s Michael Young Theatre later this month. It will then “run” online from April 3 to 18, with the ticketed 90-minute production available to view in four-hour windows.

Bad Hats and Soulpepper originally intended to livestream performances of the long-in-development Alice this March. When the stay-at-home order scuttled that plan, the theatre companies pivoted a second time into producing a professional film of the stage show that could go ahead no matter what. (Film and television production was permitted under Ontario’s stay-at-home orders – and, if the distinction between that and filmed theatre confuses you, you’re not alone.)

Bad Hats is employing a cast of nine actor-musicians through ACTRA (the Alliance of Canadian Cinema, Television and Radio Artists) contracts rather than as stage actors. It also hired “lobbyists and lawyers” to make sure everything would pass muster with government officials, according to Pokinko, executive producer of Bad Hats.

The team has worked closely with ACTRA to make sure the filming process is as COVID-safe as any other set through testing, masks, distancing and see-through separators. “We’ve been calling it Alice Through the Plexiglas,” jokes Sauder, who wears the artistic director hat at Bad Hats.

The musical-theatre performers in Alice are top-notch. Tess Benger, whose wonderful Dora-nominated performance as Dot in Sunday in the Park with George was one of the last I saw before stages shut down in March, is starring as Alice, while Vanessa Sears, who won a Dora for her superb early 2020 performance as Emmie in Caroline, or Change, is playing the Red Queen.

Tickets go on sale Tuesday on Soulpepper’s website, and the film will be made available for free to children at SickKids Hospital and to front-line workers and their families.

Speculation is another Toronto theatre project postponed this winter now finally coming to life as a digital production from Theatre Passe Muraille.

Creator Leslie Ting has an unusual CV: She used to be an optometrist and now is a professional violinist. In her show about “grief, vision loss and silence,” she tells the story of her mother’s loss of vision and eventual death through monologue, projections and the music of Beethoven and John Cage.

Marjorie Chan, who took the helm of Theatre Passe Muraille as artistic director right before the pandemic hit, says the stay-at-home order has been a challenge for the venerable alternative theatre. She cites in-person workshops turned into digital ones or pushed back to next season, added costs from new technology and safety measures, and plans that have had to constantly shift along with government restrictions.

At TPM, they’ve been naming each new plan after a flower rather than letters to lessen the anxiety: Plan Begonia, Plan Chrysanthemum, Plan Dandelion, etc. “For Speculation, I feel as if we are in Plan Zinnia,” Chan says.

Speculation, billed as a “digitally reimagined immersive concert,” runs March 17 to 20. Tickets are being sold on a pay-what-you-can-afford model with prices from $5 to $50.

Nestruck on Theatre: What to expect from the 2021 Stratford Festival season planned for midsummer (hint, hint)
Subscriber content
March 4, 2021 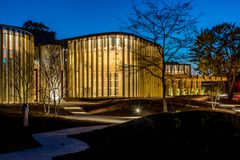 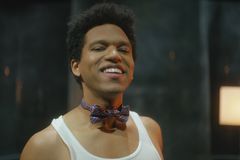 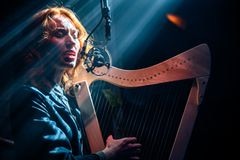