Optimism is definitely not in fashion at the beginning of this new decade, but let me hazard a little as I gaze into the crystal ball at Canadian theatre.

While the future is indeed foggy, I see strong signs that in another decade Toronto could very well be the major international theatre city it has long wished to be.

Perhaps even “the third-largest theatre centre in the English-speaking world” after New York and London – the spurious marketing claim that was made during the 1990s musical-theatre bubble.

Yes, I say that even after a decade in which not one but two major Toronto theatres saw an artistic director ousted by his board of directors (one over real-estate plans, the other over allegations of sexual harassment), while the overall trend for shows has been toward shorter runs in smaller theatres.

But my hope is that, after these past 10 years of tumultuous change and euphemistic “right-sizing,” the fundamentals are finally in place for the country’s largest theatre city to grow beyond its comfortable niches – and generate original work that connects with audiences on a scale the city has rarely seen.

This hope is based on the belief that Toronto’s theatrical institutions and its guiding forces have indeed learned a pair of lessons from the city’s two biggest homegrown hits of the 2010s – Come From Away and Kim’s Convenience – and how they both nearly didn’t make it to the stage.

1. Come From Away’s lesson: Canadian commercial theatre can - and at least partially must - actually be Canadian

For the longest time, Toronto’s biggest idea in terms of commercial musical theatre has been to compete with half a dozen cities south of the border to play second-fiddle to New York.

Out-of-town tryouts for American or British shows headed to Broadway – and Canadian-cast productions of already existing international hits. That was where local ambitions seemingly stopped, with diminishing returns since the Americans stopped crossing the border en masse after 9/11.

Then along came Come From Away, a compassionate musical written by Torontonians and set in Newfoundland in the wake of the 2001 terror attacks. It showed that not only could a Canadian production of a Canadian musical with an almost too-Canadian sensibility (Tim Hortons jokes!) compete with local productions of, say, Billy Elliott or Dear Evan Hansen, it could beat them at the box office and sell with both Torontonians and tourists.

Indeed, the continuing Canadian production of Come From Away is the city’s most successful musical in more than a decade, running for close to two years with no signs of stopping after more than 869,000 people served (as of Jan. 8).

The crucial thing that must be remembered about Come From Away as the search begins for the “next Come From Away” is that could not have created even a year before it was; the artistic infrastructure that birthed it emerged alongside it and must continue to be built and sustained.

Indeed, after the married composer/lyricist team Irene Sankoff and David Hein had a smaller homegrown hit with My Mother’s Lesbian Jewish Wiccan Wedding in 2009, they could not find a theatre company in Toronto willing to get behind them.

In 2010 Toronto (and English Canada), musical theatre was deemed too expensive for not-for-profit theatres to develop, and the main commercial producer – Mirvish Productions – wasn’t really in the business of developing new musicals.

It was the upstart Canadian Music Theatre Project launched at the educational institution Sheridan College in nearby Oakville that ultimately hired Sankoff and Hein to develop a new show with its students in 2011 – and then staged an early version of Come From Away in 2013.

Still, the show would have stopped there if it weren’t for American producers, Junkyard Dog Productions, committing to further develop its commercial potential. No Canadians would (or knew how to).

But now, in 2020, the infrastructure is there for the next Come From Away to be grown at home, thanks in large part to the trailblazing success of Come From Away.

In Toronto, the not-for-profit Musical Stage Company led by the inspiring Mitchell Marcus has expanded and restructured to invest heavily in new musical development, while promising new commercial producers such as Yonge Street Theatricals and Mary Young Leckie have emerged alongside a new class of eager Canadian investors.

Toronto’s biggest not-for-profits – Canadian Stage and Soulpepper – are making musical theatre on their own or with partners, while a number of regional theatres (particularly Theatre Calgary, the Citadel in Edmonton, the Segal Centre in Montreal, and the Grand in London, Ont.) and a renewed Charlottetown Festival are in the game.

Will we see another Come From Away come out of this environment? At least we know that shows that have the potential to be are now less likely to fall through the cracks.

Playwright Ins Choi’s heartwarming tale about the tensions between two generations of a Korean-Canadian family running a convenience store in Toronto was the most popular Canadian play of the past decade. The Soulpepper production was seen by 141,156 patrons in Toronto and on tour from 2012-17, and the play’s larger cultural impact is huge because of the CBC TV show based on it (named Most Popular Foreign Drama of the Year at the Seoul International Drama Awards this year).

What’s important to remember is Kim’s Convenience, too, nearly did not get off the ground.

Choi began writing the script as a member of the fu-GEN Asian Canadian Theatre Company’s playwriting unit and completed it with the help of a $3,000 donation by his Korean church.

But no theatre company in Toronto would touch it.

It was only after Choi won a new play contest at the Toronto Fringe Festival and audiences flocked to see the show there in 2011 that a bidding war began, which Soulpepper won.

What leads to my hope that Toronto theatres will be less myopic in 2020 than they were a decade ago?

Well, the leadership at Toronto theatres has gone through a seismic shift, unprecedented in its history.

Believe it or not, 10 years ago, every single major theatre company in Toronto – that is, every not-for-profit that operated its own venue – had a white man as artistic director.

That was a serious overrepresentation of one particular demographic that made up, at most, a quarter of the population of Toronto (motto: Diversity our strength) at the time.

This undoubtedly led to certain artists being overlooked. Canadian Stage was singled out by the #CanStageSoWhite hashtag in 2016 – ironically, the year in which, according to the census, visible minorities finally became the majority in Toronto – but it wasn’t alone.

That there has been systemic racism and sexism in Toronto’s theatre industry may have been a controversial statement in 2010, but in the aftermath of the sexual harassment lawsuits filed against Soulpepper and Albert Schultz in 2017, not only women but people of colour in the normally tight-lipped theatre community became more comfortable speaking out about how they had been excluded or alienated from the city’s institutions in the past.​

Which means that there are probably dozens of other Kim’s Conveniences that never made it to the stage at all.

As we start 2020, however, and that unprecedented leadership change (perhaps helped along by Canada Council for the Arts nudges), Toronto’s major not-for-profit theatre scene is now run by a group of artistic directors more representative of the demographics of the city than they ever have been – and more dedicated to inclusion (a.k.a., not missing promise) than ever.

The white guys are holding their own, but women hold a slight majority of artistic director positions at companies that run venues, and Soulpepper and two of the original new-play theatres established in Toronto in the 1970s and are now run by women of colour for the first time.

This is just the groundwork. But with the disconnect between Toronto theatre’s artistic leaders and the local population – its potential audience – now bridged, the chances that the next Kim’s Convenience will be overlooked have decreased.

Now if politicians can just deal with the affordability issues that are chasing artists out of the city … But I’m staying optimistic. 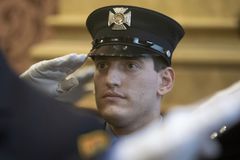 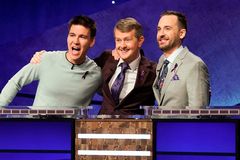 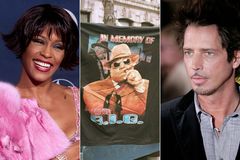