If you think it’s been tough having theatres shut down for public health reasons for more than a year during this pandemic, imagine if the Canadian government prohibited the practice of some performing arts for more than half a century.

That was the case with the potlatch ban – which made much Indigenous ceremony and cultural practice illegal and drove it underground from 1885 to 1951.

Many Canadians don’t know about this piece of our anti-Indigenous history – and I didn’t really think that much about it as part of the theatre history of this country until recently.

Actor and director Jani Lauzon really drove its long-lasting effects home for me during a virtual town hall the Indigenous Circle at the Stratford Festival held last fall – noting how the potlatch ban ended only in the same year the Massey Report was issued, declaring falsely that “the Indian arts survive only as ghosts or shadows of a dead society.”

Alongside all the visual art, the exhibit includes a room full of gorgeous masks created by First Nations carvers from the Northwest Coast. There’s one raven mask that dates to 1890 on display near three others by Tlowitsis artist Henry Speck Jr. from 2004 and 2005 that The Globe’s visual arts critic Kate Taylor called a “showstopper.”

There was added poignance in being in a museum looking at these performance objects from a tradition that survived the potlatch ban at a time when all shows are stopped right across the land.

The resiliency of Indigenous theatre artists during the current pandemic is likewise on display in a new digital performance that launched on Saturday called Embodying Power and Place, presented by Native Earth Performing Arts and Nightwood Theatre and curated by New Harlem Productions.

It features 12 audio-visual works that respond in different ways to chapters in the final report from the federal commission on Missing and Murdered Indigenous Women and Girls, Reclaiming Power and Place. Contributing artists include Reneltta Arluk, Tara Beagan, Yolanda Bonnell, Falen Johnson, Émilie Monnet and Yvette Nolan. It’s free to stream until April 11.

Saturday also happened to be World Theatre Day. Twelve years ago, I wrote an opinion piece for The Guardian poking fun at how this obscure observance invented by a little-known Unesco-affiliated institute in 1961 was suddenly being celebrated everywhere on my social media feeds.

It seemed to me odd to “raise consciousness” about one of the world’s oldest, most enduring art forms in the manner which we do for diseases or discrimination.

I have often retweeted that piece on March 27, but this year it is obviously out of tune. Theatre companies shuttered due the pandemic are facing financial situations that will take years to dig out of. Over the weekend, for instance, the Stratford Festival reported a record deficit – and I reported on its multi-year plan to recover.

In this light, I appreciated all the World Theatre Day messages this year – including the official one from British star of stage and screen Helen Mirren, who channelled the Blitz spirit in declaring: ”The creative urge of writers, designers, dancers, singers, actors, musicians, directors, will never be suffocated – and in the very near future will flourish again with a new energy and a new understanding of the world we all share.”

What I’m watching this week: The new Alice in Wonderland musical I wrote about a few weeks ago from Bad Hats and Soulpepper Theatre Company premieres online April 3. Look for my review next week. 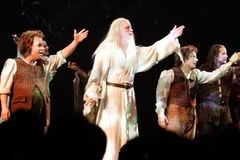 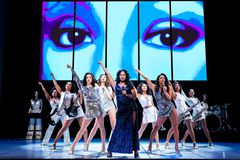 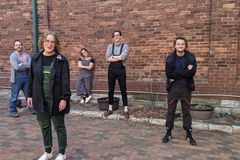