“I’m not the kind of guy you put in the back of the chorus,” actor and musician Nick Cordero said to me in a 2014 interview down in New York, while he was in rehearsals to play the role of playwriting gangster Cheech in the musical Bullets over Broadway, a performance that would earn him a Tony Award nomination.

The Hamilton native, who died at 41 over the weekend after a months-long battle with COVID-19 that made headlines around the world, wasn’t boasting, but talking literally: Cordero was 6 foot 4 or 5, depending on the interview he gave – too tall, he felt, to be a typical musical-theatre star.

“A guy of my dimensions, it’s not often a job that is right for you comes along,” he told me. “It usually keeps you out of jobs.”

But the jobs came and kept coming for Cordero – and it was the uniqueness of his stage presence that turned him into Broadway’s go-to guy for heavies with a heart. His “imposing” (his word) size and gravelly baritone was beautifully undercut by a gentle essence.

It was pure delight to watch him segue from firing a Tommy gun to tap dancing in his performance as Cheech on the Tony Awards broadcast, introduced by his co-star Zach Braff. He was brilliant on Broadway again in A Bronx Tale (2017), playing another singing mobster – a performance that deservingly earned him a Drama Desk nomination.

It was that ability to walk (or dance) the line between noxious and innocuous that landed him his first major stage role, playing both the title character and Melvin Ferd the Third in the cult 2009 off-Broadway show The Toxic Avenger.

It was the harder part of his onstage persona that Cordero had to work harder at, he once told The New York Times: “The [Bullets over Broadway] producer kept telling me, ‘Get tough. Get mean. Get angry,’ But I’m a nice guy. I’m Canadian.”

As Braff tweeted on Sunday after Cordero’s death, “I can honestly tell you I have never met a kinder human being.”

Cordero was a beloved member of artistic communities up in Canada, down in New York and, more recently, in Los Angeles. But his 95-day battle in the hospital captivated tens of thousands on social media, leading to a huge outpouring of grief this week and online eulogies from the likes of Viola Davis and Lin-Manuel Miranda.

Cordero’s wife, Amanda Kloots, a former Rockette whom he met in Bullets Over Broadway, posted regular updates on his condition on Instagram, and encouraged her followers to sing and dance along to a song he had recorded called Live Your Life to help #WakeUpNick from a medically induced coma in a Los Angeles hospital.

I became one of the many who turned up the music and danced at home. I was rooting so hard for Cordero to pull through for his young son, Elvis, who turned 1 in June. It is heartbreaking he didn’t.

The international media coverage of Cordero’s ups and downs could feel like too much at times, with outlets such as People magazine providing nearly daily updates. But Kloots’s brave sharing of the difficult details did a lot of good, spreading the word that COVID-19 can lead to serious complications even for a 41-year-old with lungs that can fill a Broadway theatre.

Cordero grew up in Hamilton to a pair of artistically inclined schoolteachers: his father, Eduardo, originally from Costa Rica, and his mother, Lesley, from Fergus, Ont. “It was definitely a cross-pollination of cultures, a vibrant household,” he told me.

He knew what he wanted to do with his life the moment the saw the Canadian premiere of Les Miserables at Toronto’s Royal Alexandra Theatre in 1989. Cordero was part of what I call the Gavroche Generation, after the pint-sized hero in that show, which inspired so many young kids to love musical theatre back then.

A whole cohort of Canadian actors Cordero’s age landed on Broadway the season he was in Bullets over Broadway – Paul Alexander Nolan of Rouleau, Sask.; Ramin Karimloo of Peterborough, Ont.; and, a little younger, Jake Epstein of Toronto.

The path to that triumph was not simple for Cordero, mind you. He dropped out of Ryerson theatre school to focus on his “rock ’n’ soul” band Lovemethod and wait tables at the Drake Hotel, where he’d sing to colleagues at the end of his shifts. While his band never became particularly big, it did land some lucrative licensing deals with television shows, which helped in the leaner months of acting later on.

In Canada, Cordero performed in Tony N’ Tina’s Wedding in Toronto – not the last time his Costa Rican heritage would help land him a role as an Italian – and acted in Fiddler on the Roof at the Royal Manitoba Theatre Centre and Blood Brothers at his hometown’s Theatre Aquarius (where he’d played Che in Evita in a summer program as a drama teen). But his sights were ultimately on New York, where he felt there would be more opportunity for a musical-theatre performer who was, he said, “not 5 foot 7.”

Other tough guys he played on Broadway include bar owner Dennis Dupree in Rock of Ages and the abusive husband Earl in Sara Bareilles’s musical Waitress. But Cordero was never tougher than he was these past few months, fighting, fighting, fighting for his life. 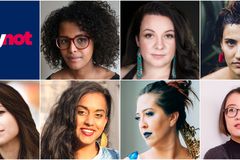 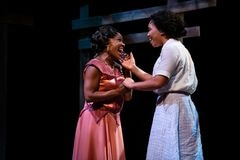 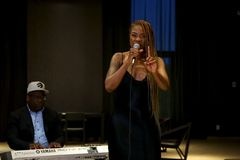