I’ve been down a real Leonard Bernstein wormhole online over the past month or so, since someone I follow on Twitter linked to a YouTube video entitled: “The greatest 5 min. in the history of music education.”

The video in question is a brief explanation of the evolution of Western classical music by the great American composer and conductor – an excerpt from his 1973 Harvard lecture series, The Unanswered Question, in which in order to answer the question “whither music”, Bernstein started by asking “whence music.”

I won’t pretend that I’ve since listened to all 11 hours of Bernstein’s musicological musings, which later aired on PBS and the BBC and have been available to stream online for years. But it did spur me on to relisten to the various cast albums of his great musicals, Candide, West Side Story and Wonderful Town.

I also stumbled upon the fact that Trouble in Tahiti, a lesser-known 40-minute work of Bernstein’s that’s kind of a Revolutionary Road set to music, is available to stream for free in full online on Operavision until June 30, in the form of a filmed 2017 production from Opera North in Leeds, England. This production also happens to co-star Wallis Giunta, the Canadian mezzo-soprano who won Young Singer of the Year at the International Opera Awards a couple of years ago (and who is also an excellent singing actor).

Guinta plays a housewife named Dinah, whose depressed visits to her analyst and the movies are satirically counterpointed by a chorus singing cheery radio jingles about the joys of suburban life – and in the part, she gets to sing my second-favourite Bernstein song about a garden.

While the #CanadaPerforms program funded by the National Arts Centre and Facebook has been much written about (including by me), a lesser-known emergency support program for artists is being run by ANDPVA – the Association for Native Development in the Performing and Visual Arts.

ANDPVA continues to offer $1,000 to Toronto-based Indigenous artists, elders and knowledge keepers to present “watch parties” on Facebook – with a new slate of performances and demonstrations streamed the last week of every month.

Cliff Cardinal, the playwright and performer behind the hit 2015 solo show Huff (which he, fingers crossed, plans to continue touring internationally next year), performed in the last batch of shows. He premiered a first draft of a new show called (Everyone I love has) A Terrible Fate (Befall Them), which is full of his characteristic dark humour. I can’t wait to see it on a stage, but, in the meantime, you’ll find it archived online on his Facebook page.

A couple of one-off theatrical events happening online this week are raising money for charity.

Tonight, June 16, BoylesqueTO, a Toronto performance collective, is hosting a fundraiser for the Black Legal Action Centre featuring many of the city’s burlesque and cabaret community’s most talented Black performers. Ryan G. Hinds, a beloved member of the cabaret community, is hosting the broadcast on Glad Day TV starting at 8:30 p.m. ET; you’ll find the Zoom link and password on Boylesque’s Facebook page.

On June 18, Calgary’s Wordfest is a hosting a six-hour online fundraiser to promote teen literacy and arts education hosted by Eugene Stickland, the legendary local playwright and raconteur whose best-known works are Some Assembly Required and Queen Lear. The Eugene-a-Thon, as it’s being called, starts at 4:30 p.m MT and is set to feature performances by actors such as Christian Goutsis and Neil Barclay, as well as conversations with Alberta Ballet artistic director Jean Grand-Maître and former Alberta Theatre Projects artistic director and Stratford Festival dramaturge Bob White. 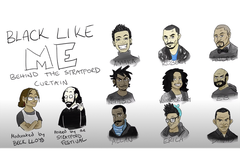 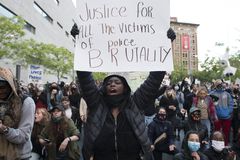