Vancouver’s Bard on the Beach Shakespeare Festival has cancelled its entire 2020 season because of the COVID-19 pandemic.

The decision was delivered in a virtual town hall with Bard artists and employees on Monday afternoon, on the same day the Shaw Festival in Niagara-on-the-Lake, Ont., announced it would be extending its cancellation of all public events and performances until June 30.

“It’s a terrible moment,” Bard’s founding artistic director Christopher Gaze told The Globe and Mail on Monday, about the decision to cancel its 31st season.

“We’re trying to do something noble and marvellous, and we have been cut down by this virus.”

The cancellation means about 240 people will be laid off or losing work they were expecting this summer.

Bard had considered a number of scenarios, including cutting the season’s offerings from four plays to two or even one, and starting the season later in the summer. But it ultimately decided it could not have proceeded responsibly, and made what it calls the necessary decision to cancel its full slate of more than 200 performances.

“We looked intensively at all the options and we just cannot proceed,” Mr. Gaze said. It was both a financial risk for the festival and a health risk for its audiences and workers. “So finally, the answer was staring us in the face.”

Bard on the Beach, which takes place annually in Vanier Park, attracts more than 100,000 people each year, bringing in about $5-million in earned revenue – mostly ticket sales – each season.

This season, which was to begin June 10, was to feature A Midsummer Night’s Dream, Henry V, Love’s Labour’s Lost, set in the jazz age, and Erin Shields’s Paradise Lost, first produced by the Stratford Festival in 2018.

“We totally understand what a full cancellation means to the people – to the artists and the production staff and our admin staff and many of the small businesses that rely on Bard for a significant portion of their annual income,” Bard executive director Claire Sakaki told The Globe.

On Monday morning, Mr. Gaze, looking for comfort in – where else – Shakespeare’s texts, came upon a line from The Two Gentlemen of Verona.

“Hope is a lover’s staff; walk hence with that / And manage it against despairing thoughts,” he read over the phone to The Globe, his voice cracking with emotion.

“These dark days will pass,” he added. “And Bard will be back.”

In Ontario, also on Monday, Shaw, in addition to cancelling performances through June, postponed Why Not Theatre’s production of Mahabharata, which was commissioned by Shaw and to be presented this season. The festival says it will continue to monitor the situation to see whether additional cancellations are required.

The Stratford Festival earlier postponed its season opening, cancelling all performances in April and May and issuing nearly 500 temporary layoff notices. Stratford says its current efforts are focused on government relief for artists, staff and the festival itself and that it’s doing its best to evaluate the ever-changing situation. 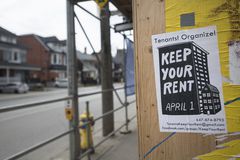 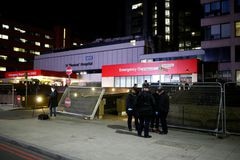