I already knew that the Ontario government was treating the theatre industry unfairly compared with the film and television industry under its current provincial stay-at-home orders.

But Chris Abraham, artistic director at Toronto’s Crow’s Theatre, made how infuriatingly illogical the continuing situation is clear for me in a single sentence on Tuesday morning.

“A film company can come and rent our theatre and shoot a film in it – and we can’t do that ourselves,” said Abraham, who has had to cancel one live-streamed Crow’s co-production this winter and has pushed back other projects because of the government restrictions.

With stay-at-home orders now extended in much of Ontario to at least March 8, the Toronto Alliance for the Performing Arts (TAPA), which represents 164 professional theatre, dance and opera companies in the city, has sent an “urgent plea” to the Ministry of Heritage, Sport, Tourism and Culture Industries asking for “regulatory fairness.”

The continued restrictions on rehearsing and filming live-streamed and recorded theatre, “threaten the survivability of our sector,” TAPA executive director Jacoba Knaapen and board president Régine Cadet wrote in a letter to Minister Lisa MacLeod on Monday.

What’s at issue here is a line in Ontario’s stay-at-home order, in force since Jan. 12, that states theatres (and concert venues and cinemas) must be “closed for all purposes, including rehearsing or performing a recorded or broadcasted event, artistic event, theatrical performance or other performance.”

That same provincial order, however, has allowed film and television productions to go ahead as long as certain restrictions are met (no studio audience, limiting the number of performers on set, distancing when possible). It also states that a film or television set “may be located in any business or place, including any business or place that is otherwise required to be closed.”

In other words, you can shoot a film in a theatre, but you can’t film theatre in a theatre – no matter what precautions you take or how much testing of artists and crew you do.

What accounts for this discrepancy? In response to a list of questions from The Globe and Mail, Dakota Brasier, press secretary for Minister MacLeod, emailed a statement reiterating the shutdown restrictions – but not explaining why they were different for theatre versus film and television shoots.

“The film and television industry is following rigorous health and safety protocols developed to ensure the safety of performers and staff,” she wrote. “We remain committed to working with our sectors to recover from the COVID-19 pandemic and look forward [to] bringing back all of our performance facilities when it is safe to do so.”

Making the situation extra frustrating for those working in the performing arts in Ontario is that they were treated the same as those working in film and television in the fall. This was when Crow’s, for instance, shot and then streamed an exquisite film of the musical Ghost Quartet.

Now, pricey “pivots” planned by theatres to keep Ontarians entertained and in good mental health this winter based on that precedent are on pause.

That’s not the case in British Columbia or Manitoba or Quebec, where theatres are allowed to livestream and record. Indeed, Abraham was just in Montreal redirecting Porte Parole’s hit verbatim play L’assemblée at the TOHU for an upcoming broadcast on Télé-Québec.

Here’s hoping MacLeod reverses course ASAP – and that the performing arts are treated fairly going forward, which is all its leaders are asking for.

Is there still, at this point in the pandemic, an interest in watching plays from home – or is live-streamed and filmed theatre simply a make-work project for an industry on pause?

From Quebec comes a resounding positive response to Télé-Québec’s new experiment in broadcasting theatre, which Abraham’s production of L’assemblée will be a part of on March 12.

The provincial public-education television network saw a total of 441,600 viewers tune in for a live broadcast of Robert Lepage’s play La Face cachée de la lune from Le Diamant in Quebec City, as well as its rebroadcast the next day and on-demand viewing.

Those are huge numbers for in-person theatre, of course – and, as an online contrast, consider that 65,000 people worldwide tuned into the film of Lepage’s English-language production of Coriolanus for the Stratford Festival when it was streaming for free for three weeks last spring.

Even without the star power of Lepage, Télé-Québec’s theatrical offerings are pulling in good numbers. Les Hardings, an acclaimed play by Alexia Burger inspired by the Lac-Mégantic tragedy, counted 121,300 “telespectateurs” over the weekend. You can watch it on demand on the Télé-Québec app from anywhere in Canada – though, unfortunately, there are no English subtitles.

The pandemic may have brought down physical barriers to accessing theatre, but not necessarily linguistic ones.

This Saturday, however, Mx, which streamed live from the Cultch in Vancouver last week, is being rebroadcast with captions and ASL (American Sign Language) for deaf audience members. The acclaimed show, written by Lili Robinson, is described as a “boundary-pushing, bouffon-inspired work [that] explores what it means to be mixed-race and Black in the world today.”

How great would it be if – in the name of accessibility – more Canadian theatre companies put translators to work and got English and French captions on their online work?

This Friday, the Manitoba premiere of The Mountaintop, Katori Hall’s play about the last night in Martin Luther King Jr.’s life, opens in an online production directed by Audrey Dwyer. Staged and filmed on the mainstage at the Royal Manitoba Theatre Centre, it can be streamed until March 14 and watched from anywhere in Canada.

You can read my thoughts on this Olivier-winning play from my review of its 2014 production at the Shaw Festival. 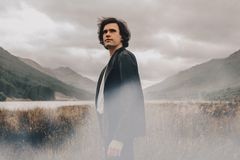 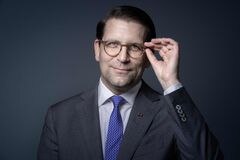 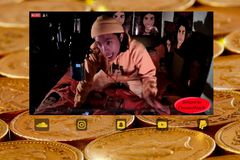