The performing arts have not been a top priority for Canada’s federal and provincial governments during the COVID-19 pandemic.

In fact, as new restrictions have been announced, theatre, dance and opera companies have sometimes seemed like an afterthought to businesses like bingo halls, water parks and gyms.

But the time has now come for politicians to make up for this and show that the performing arts are a priority in Canada – by designating stage actors, dancers and singers a priority group for early immunization in the roll-out of vaccinations.

There’s a strong case to be made – not based on sentiment, but on economics – for getting performers who can’t realistically keep a distance from their colleagues or wear PPE on the job back to work entertaining and uplifting us as soon as possible.

And yes, I would include professional athletes like NHL and CFL players in that category too.

Finance Minister Chrystia Freeland recently made a public plea for, as the Globe’s economics reporter Dave Parkinson put it, “policy ideas that would encourage consumers to spend their excess cash” – the estimated extra $150-billion in savings that the most fortunate Canadians have put in their piggy banks since the start of the pandemic.

Well, few industries provide as much bang for the buck in their impact on local economies than the performing arts – which, despite all the attempts to stay positive and focus on online pivots, has largely come to a grinding halt for the past nine months.

There’s the nearly $2.8 billion that the performing arts contributed directly to Canada’s gross domestic product in 2018 according to Statistics Canada, but then there are all the economic spinoffs as well.

The Shaw Festival, a Niagara-on-the-Lake, Ont., destination theatre company with a budget around $30-million, estimates its annual contribution to the province’s cultural and tourism economy to be upwards of $220-million, for instance.

Every dollar spent at the Shaw is said to lead to an additional $7 in local spending – and, having returned from many reviewing trips there with a trunk full of wine and fudge, I can attest to this being no idle boast.

I mention the Shaw because it was its executive director, Tim Jennings, who put the idea of early immunization for stage performers in my head last week when we were talking about why his theatre company, unlike almost any other in Canada, currently has tickets on sale for live, in-person performances starting in May.

Jennings, who sits on COVID-19 committees related to the arts in both the United States and Canada, believes that Shaw will likely be permitted to open its theatres to 30 per cent capacity with masks and physical distancing measures in place in the spring – and, indeed, that is what they are selling to at the moment.

From there, Jennings anticipates audience capacity could be increased to 50 per cent, and so on, as the rate of vaccination in the general population grows and case counts decrease over the summer.

This type of slow ramping up would probably not work financially for a commercial theatre company such as Toronto’s Mirvish Productions – which announced on Monday that its next subscription season will now start in September 2021, not uncoincidentally the national target for most Canadians to be vaccinated.

The main problem to surmount is ensuring the safety of performers – who, unlike most stagehands, directors, and front of house staff, can’t realistically stay apart and masked while working. A relatively small number of vaccinations given to them this winter would allow entire theatre companies to start rehearsals and mount proper full-scale productions sooner rather than later.

What’s become clear over the course of the pandemic is that COVID-19 poses a much more serious risk for actors, singers and dancers than theatregoers. I have yet to come across an outbreak related to anyone attending the theatre under careful protocols.

There have, however, been COVID-19 outbreaks related to performing on stages – including, in Canada, at a community theatre in Burlington, Ont., that attempted to mount a production of Little Shop of Horrors with a strict pandemic plan this fall.

There were 13 cases linked to that outbreak, but not one in the audience members, according to a Halton Region Public Health investigation.

It’s the major spring-to-fall performing arts organizations like the Shaw that have born the brunt of COVID-19 simply due to when their productions take place – companies like Bard on the Beach in Vancouver, the Charlottetown Festival and the Stratford Festival (which invested tens of millions of dollars into a season that never got a chance to open in 2020).

In comparison, most city theatres with September to May schedules only had to cancel a couple months of shows, and then had months to plan for a relatively fallow 2020-2021. Most of them can probably afford to wait until the fall of 2021 to reopen now.

But summer festivals and repertory companies will have a really tough go of it if they miss out on an entire season, or most of one, again in 2021. So will all the small-town and big-city economies that depend on them to lure folks to their marketplaces and restaurant patios.

It seems an easy call economically to prioritize getting these performing companies the vaccine – after the most vulnerable demographic groups and essential workers receive theirs, of course. 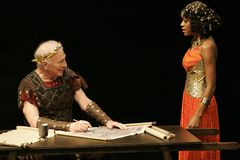 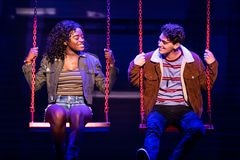 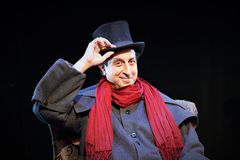