J. Kelly Nestruck
Published May 31, 2021 Updated May 31, 2021
For Subscribers
Comments
Text Size
Please log in to listen to this story. Also available in French and Mandarin. Log In Create Free Account

With millions of dollars of plans for summer shows and concerts hanging in the balance, Ontario’s performing arts and live music industries are banding together with big-name performers such as Blue Rodeo’s Jim Cuddy and Broadway star Chilina Kennedy to launch a public campaign on Monday seeking regulatory “fairness” under the province’s reopening plan.

The Campaign for Fairness for Ontario Arts is aimed at enlisting audiences and artists in pressing the provincial government to clarify and modify the restrictions for their struggling sectors in its three-step Roadmap to Reopening – as time is running out before the legislature ends its current session on Thursday.

Organizations and artists involved say they are not seeking special allowances, only to be treated in the same manner as other industries in Ontario’s plan: for actors and dancers to be permitted to rehearse as athletes are allowed to practise; for musicians be permitted to livestream from venues as television awards shows can broadcast from studios; and to have clear plans for distance-based capacity limits, outdoors and indoors, on performing arts venues as meeting spaces and retail stores already have.

When it was announced on May 20, Ontario’s Roadmap to Reopening surprised those in the business of live performance by instead seemingly prohibiting all activities at their venues in step one – including rehearsal and recording – and not providing sufficient information to prepare to reopen outdoors or indoors in the followings steps.

“We’re in a weird nebulous place,” says Tim Jennings, executive director of Niagara-on-the-Lake’s Shaw Festival, one of the artistic leaders seeking what he calls “clarity and parity” from the province.

“We are effectively in the stay-at-home order until July,” notes Monica Esteves, executive director of Canadian Stage. “There’s clearly insufficient consideration, perhaps insufficient understanding, about what we need to prepare for reopening.”

With more than a year of individual efforts behind the scenes to have similar concerns heard by government having been mostly unsuccessful, a makeshift Ontario-wide Coalition of Theatre, Dance and Opera has now coalesced around a steering committee helmed by the Shaw Festival, the Stratford Festival in Stratford, The Thousand Islands Playhouse in Gananoque and the Toronto companies Canadian Stage and Musical Stage Company to take a stronger approach.

Music industry groups such as the Canadian Live Music Association, the Canadian Federation of Musicians and Orchestras Canada joined those organizations and close to a hundred other theatre, dance and opera companies in sending a letter to the provincial government last week.

Highlighting “three significant and wholly debilitating oversights” in the reopening plan, it was addressed to Premier Doug Ford, Minister of Health Christine Elliott, Minister of Heritage, Sport, Tourism and Culture Industries Lisa MacLeod and Chief Medical Officer of Health David Williams – with a plan to then launch a public campaign if there was no swift response to it.

One of the most immediately pressing issues is that a number Ontario theatre companies have invested, collectively, millions of dollar into the construction of brand-new, custom outdoor venues that keep audience members two metres apart in order to perform this summer.

This was all done under the guidance of the province’s previous colour-coded framework, but it is now unclear whether what was allowed before vaccines came along will be permitted in the reopening.

With uncertainty as to even whether companies of actors will be able to rehearse before they are allowed to perform, ticket sales are on hold. “No one asks the Maple Leafs to play a game on their first day of practice,” says Brett Christopher, artistic director of the Thousand Islands Playhouse.

There is an additional fear in the theatre and music worlds that the lack of clear and industry-specific guidance they are currently receiving from Ontario, compared to their counterparts in other provinces such as British Columbia and Quebec, will continue on indefinitely if the issue is not tackled now.

“It is our understanding that the decisions made over the next few days will be locked in until the end of the summer and – as critically – sets precedents for our fall/winter season,” read an e-mail sent by the Toronto Alliance for the Performing Arts leadership to its members on Friday.

Six months of trying and failing to be treated on par with film and television in terms of digital capture and rehearsing – as theatre and music has in most other provinces – has left theatre, dance and music groups frustrated.

Jim Cuddy, the singer-songwriter best known for co-leading the band Blue Rodeo, signed on individually to promote the fairness campaign on the weekend primarily because of that issue. “While I am happy that filming for TV and films is allowed to continue with strict protocols, I am bewildered why music and theatre streaming are not considered in the same light,” he wrote in an e-mail to The Globe and Mail.

“Musicians have been filming and recording themselves for decades so to say that the risk is higher than for film or TV is nonsense. We have all become experts in live streaming over the past year and a half using all our well-worn skills.” 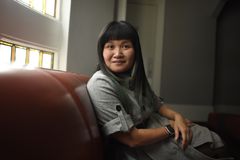 Nestruck on Theatre: Black artists use the language of dance to mark one year after George Floyd’s murder
Subscriber content
May 25, 2021 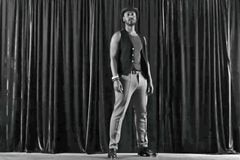 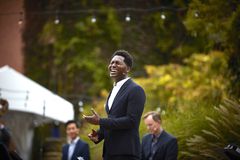