How should theatres be constructed after COVID-19?

Can they be designed in new ways – or old ways – to be more versatile in a pandemic? Should they be built to double as broadcast studios for “distanced” performances? Are there ways to make the physical structures more inviting to those groups whose structural exclusion from theatre has been reckoned with during this plague?

Any arts organization or municipality seeking to build a theatre in the coming years will be thinking deeply about these questions – and in Toronto, a major redevelopment of a city-owned theatre that seemed on a fast-track a year ago is now on a “pause” that should allow space and time for such reflection (and dreaming).

On January 29, 2020, Toronto City Council unanimously endorsed the replacement of the St. Lawrence Centre for the Arts (STLC) – a centennial building with two theatres and a checkered history of usefulness to artists and audiences – with “a new reimagined centre as a state-of-the-art cultural and civic hub” (whatever that is). A tentative timeline was set with public consultations in spring and a plan in place by fall.

Twelve months later, however, none of that has occurred.

“COVID-19 is the main reason we’re paused – and tied directly to that is the city budget,” explains Clyde Wagner, CEO of TO Live, the city agency in charge of STLC and two other municipally owned theatre complexes.

Toronto is in the middle of deliberations on its 2021 budget, which has a $856-million hole that it’s hoped higher levels of government will fill. But the city may have to find money elsewhere, and its capital budget is a prime target.

TO Live’s leaders says the pause on the project, now dubbed STLC NEXT, is not only about budget but out of sensitivity to the fact many people in the arts are out of work. Public consultations on the shape and purpose of a new centre must wait until a time when voices can be heard in a meaningful way and when the challenges the arts face post-pandemic are clearer.

In short, the future isn’t what it was – and so, Lester says, the public-engagement part of the process becomes “even more meaningful.”

A year ago, many in Toronto’s performing-arts community feared that part would be a formality; TO Live had made a submission to a city committee that outlined a $200-million building with a 750-seat main hall, a 500-seat second space and three rehearsal halls.

But Wagner says that the widely shared report was a “proof of concept” – and absolutely everything is on the table for STLC. That includes renovating the existing 50-year-old Brutalist building, which has what he describes as a “$40-plus-million state-of-good-repair backlog” and a 2025 deadline to meet the Accessibility for Ontarians with Disabilities Act.

“In some ways, I wish I had never given that report to city council because that’s what everybody anchored on,” Wagner says. “It’s kind of holding us back, and it’s holding the community back, if they think that somehow things are pre-determined. ... Nothing starts until we do that public consultation.”

Nevertheless, the tenor of the conversation around STLC NEXT seems to have shifted not unsubtly from last year, when Wagner talked to news media about a project that would make a “mark internationally” and “redefine” the downtown core.

In September, a report called COVID-19: Impacts and Opportunities submitted by Toronto’s Office of Recovery & Rebuild to the City Manager instead emphasized that “an equity lens” should be applied to STLC NEXT and recommended it feature “state-of-the-art technology to support the next generation of creative talent in Toronto.”

In its own October report, TO Live embraced those recommendations regarding “equitable and inclusive access” and a “digitally enhanced centre to capture live streaming, recording and broadcasting.” The former seems a response to a renewed anti-racism movement, the latter a response to needs discovered during the pandemic.

It is a welcome shift. Since being created through the amalgamation of Toronto’s civic theatres in 2015, TO Live has often seemed like a city agency without a clear civic-minded mission.

But during the pandemic, amid massive budget cuts and layoffs, it has been almost entirely focused on being a community resource – creating short-term employment opportunities for local artists and arts workers through programs such as its Living Rooms commissions.

Most notably, TO Live has also been providing rent-free access to the theatres, rehearsal halls and other spaces in its venues to artistic organizations to develop, film or stream work. It’s prioritized groups without a big infrastructure of their own and underwritten some crew and staff costs.

The immersive-theatre company Outside the March filmed scenes for its upcoming Lessons in Temperament at the Meridian Arts Centre, for instance. Obsidian Theatre’s ambitious 21 Black Futures film project, which will air on CBC Gem next month, was also backed by TO Live.

TO Live hopes to continue in this manner until bookings resume, possibly next fall. But shouldn’t this kind of provision of space always be a top priority of city-owned theatres?

It’s another question to ponder during a pandemic pause that may have slowed down STLC NEXT but has made me more hopeful a building truly useful to artists, audiences and the wider community might result from it. 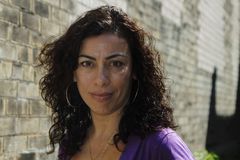 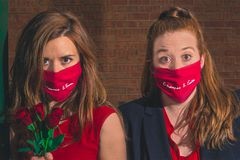 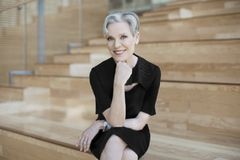