Where to eat and drink in Stratford

Where to eat and drink in Niagara-on-the-Lake

Plan your Stratford and Niagara-on-the-Lake getaways with reviews from theatre critic J. Kelly Nestruck, plus his recommendations on where to eat and drink while you’re there

Read more e-books and guides from The Globe and Mail

Long-time actor is looking to make her Shakespearean comeback as Prospero in The Tempest, in what may be her final bow with the Bard

A lot of the horror that’s been exposed recently – Cosby, Weinstein – a lot of that was simply taken for granted when I was young.

It’s what he writes about that’s interesting, not necessarily the language in which he writes.

Review: Robert Lepage’s Coriolanus is the show of the decade at the Stratford Festival

The imagery amazes, the performances astonish in a Shakespeare production that makes you want to burn it all down – and then brings you back

A good three-quarters of the fun comes not from the material itself, but the interjections of the audience and the cast’s reactions to them

Review: Stratford marches back after bomb threat with thrilling The Music Man

Review: An Ideal Husband asks women to pardon men – up to a point – at the Stratford Festival

In director Antoni Cimolino’s soft-edged production, the tragicomedy intrigues but doesn’t quite merit its exclamation point

Review: Brontë: The World Without a bland and boring period drama

At least the scene changes are lively in new play commissioned by the Stratford Festival about Charlotte, Emily and Anne Brontë

Where to eat and drink in Stratford

Restaurants come and go and chefs shuffle around fairly frequently in Stratford, Ont., so Stratford Festival theatregoers have to mourn each season. Farewell Rundles! Goodbye Montforte on Wellington! So long downtown Tim Horton’s! Here are four of my favourite food and/or drink spots.

Fine dining upstairs, pizzeria in the basement – I’ve eaten at this restaurant more than any other in town. Pazzo won’t blow you away − but it’s reliable and affordable (if you go downstairs) and always packed. My go-to is the Vatican pizza: gorgonzola, mushrooms, roasted garlic and fresh herbs.

You can’t go wrong at Foster’s. Steaks are their specialty and they do them right − but I’ve never brought a vegetarian who’s been disappointed by the rest of the menu. The cozy bar’s worth a visit, too. Warning: Don’t try to match Brian Dennehy drink for drink if you run into him here. A mistake made by this critic in his rookie season back in 2008.

There are many fine bistros in Stratford, but Red Rabbit has the perfect pretheatre prix fixe, based around local ingredients and artisan products with a surprise or two. (Try the Son In Law Egg appetizer.) Co-owner Jessie Votary has really saved the local scene, however, with Okazu, which opened last season and finally brought a reliable late-night spot back to town. She cultivates an after-show atmosphere that pulls in both audiences and artists with funky cocktails, tasty tapas and pork dumplings that are insanely addictive. If you’re sneaky, you can order a round for intermission – and pop over from the Avon Theatre next door to eat or drink between acts of The Rocky Horror Show.

Is Tim Carroll saving the Shaw Festival − or replacing it?

After years of audience decline, the artistic director is making bold changes to a well-worn format, but there’s a strategy behind this unusual season

These are the plays that I was attracted to this year, and in another year, there might well be a lot more of the old mandate stuff

Review: Stage Kiss at the Shaw Festival is the real deal

Review: You may hate The Baroness and the Pig, but wait a week

This Michael Mackenzie play at the Shaw Festival isn’t a sow’s ear – it’s a purse, at least in director Selma Dimitrijevic‘s production

Review: Henry V in the trenches of the First World War

Review: The Hound of the Baskervilles a lark thanks to Damien Atkins’ sure-footed Sherlock

Review: Before Lin-Manuel Miranda’s Hamilton, there was Shaw’s Napoleon

Of Marriage and Men, a double bill of lesser-known one-act comedies by Shaw, is a lovely show

Review: The Orchard tries to fit a Chekhov-shaped play into a Canadian hole

Review: The Magician’s Nephew is very much for children, but adults will enjoy its simple charms

It may take until the second act to kick in, but there is a certain enchanting majesty to the show

Review: O’Flaherty V.C. at the Shaw Festival is a historical artifact on the madness of war

Review: Grand Hotel, The Musical suffers from a disappointing cast and cringeworthy writing

Review: Oh What a Lovely War feels like two incomplete shows crammed into one

It’s a strange experience, and really only the lot of a critic, to watch a show centered on a celebrity who means nothing to you

Where to eat and drink in Niagara-on-the-Lake

I’ve had many outright bad dining experiences in Niagara-on-the-Lake over the 11 years I’ve been reviewing the Shaw Festival – overpriced, oversalted, occasionally inedible dinners. For a long time, my rule of thumb was to leave the centre of the town to eat if I had time – and head out to one of the restaurants attached to wineries. Things, thankfully, seem to have changed. Here are three favourite local spots.

Driving in for a matinee? On your way in from the QEW, stop by The Pie Plate, a bakery and café that now serves all sorts of small plates and pizza at lunch and dinner. I usually order the pulled pork tacos when they’re available – and it’s almost impossible to resist pairing them with a black lager from Silversmith Brewing Company, since you can see the brewery out the window, across the street.

Located in the basement of the Moffat Inn, this place opened last season and now saves my life (or my stomach anyway) when out-of-Toronto traffic is awful: You can get an exceptionally high-quality sushi dinner – much of the fish and the rice is flown in from Japan – and you can get it quickly. Then, you’re just a few minutes’ walk from the Festival Theatre. The only danger to eating here as a theatre critic is that the food’s so good it’s a favourite of the artists as well.

Hidden away in a strip mall like an L.A. hot spot, Backhouse landed on a couple of best new restaurant lists in 2015 with its cool-climate cuisine. If you have time, a trip through executive chef Ryan Crawford’s tasting menu is really worth it – but there are quicker options for the pretheatre crowd, too. The wine list is killer (and stretches beyond Niagara) and the room itself is enjoyably eccentric. So is some of the language on its website: “a culinary journey of somewhereness”?

A final note: What hasn’t changed about Niagara-on-the-Lake is that the town basically shuts down at 11 p.m. If you’re looking for a drink after one of Bernard Shaw’s longer shows, there are not a lot of options beyond the often overcrowded and overlit bar at the Prince of Wales Hotel (6 Picton St.) or the loud local pub in the Olde Angel Inn (224 Regent St.). My recommendation? Buy a bottle from a local winery beforehand and leave it chilling at the hotel or B&B.

Beppi Crosariol’s wine etiquette 101: How to properly get from bottle to table
Subscriber content
October 7, 2019 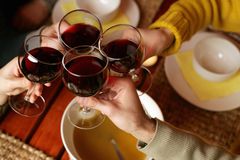 How to excel at entertaining: All your hosting questions answered
Subscriber content
August 9, 2019 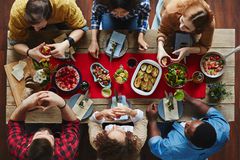