A star cast of arts administrators, philanthropists and academics meet in New York next week to grapple with the same issue that looms large for culture organizations in Canada: how to adapt to turbulent times.

"People realize the market is difficult," says Prof. François Colbert of HEC Montréal, the sponsor of the May 9-10 conference, entitled Leadership Nouveau: New Ideas and Strategies in the Management of Art and Culture for the 21st Century. "They are looking for new ideas all the time."

The stakes are high for arts organizations, with less government support, aging audiences, less-predictable ticket-buying habits, and the game-changing impact of social media.

Many organizations are trying new strategies to reach new patrons without abandoning their loyal base.

"My line is always to think outside the box, but not too far from the core," says Dancyger. "Risk-taking today is not just reduced to the action; it is a value, and this is what is needed today to ensure that you keep evolving and becoming relevant."

Dancyger leads an organization that receives less than 30 per cent of its revenue from government grants, down from 35 per cent five years ago. But his company has boosted revenue to $13.2-million last year from $10-million five years ago, with new programs and marketing to win a younger following. The new fans have trimmed the average age of the audience by eight years, but they tend to buy tickets at the last minute instead of subscribing.

In a recent example of outside-the-box thinking connected to the artistic mission, Les Grands Ballets last month announced the establishment of the National Centre for Dance Therapy, in partnership with health and higher-education institutions in Quebec. The new centre will offer dance therapy for patients with physical and emotional problems; study what works to promote health and well-being; and, not least, provide job opportunities for professional dancers at the twilight of their careers.

Adaptation is as important for small organizations such as Alberta's Calgary Pro Musica Society, with annual revenues of $250,000. In 2008, after 13 sold-out seasons featuring top chamber-music ensembles, Pro Musica moved to a smaller venue with better acoustics. That meant the organization had to recruit new subscribers to fill the hall on two nights, not one.

"That has been our financial and artistic challenge for the last four to five years: balancing the dynamic of being a [former] sold-out society to one that is trying to open its doors and bring more people in," says Dean O'Brien, Pro Musica's artistic director. Like Les Grand Ballets, Pro Musica had to adjust to new ticket-buying habits and the demands of a younger audience wanting a more interactive concert experience.

"If we just dig our feet in and say we will do things the same way we have and we will fight back against it, we are not going to be happy with what happens," says O'Brien, whose organization sponsors public broadcasts of concerts and master classes by visiting ensembles for younger artists.

With financial viability a concern, some arts organizations want their artistic leaders to gain business acumen. Last fall, O'Brien was one of 24 arts leaders who enrolled in a new six-month certificate in arts management developed by the University of Calgary's Haskayne School of Business and the Rozsa Foundation. With monthly classes, on-line studies and a work project related to their organization, participants learn about budget-making, marketing, audience development and other issues relevant to the sector.

"In a small organization like ours, it would be nice as an artistic director that I only have to worry about what we put onstage, and the board and staff will take care of the other," says O'Brien. "That is completely unrealistic."

Says Rozsa Foundation president Mary Rozsa de Coquet, "I see more and more organizations saying we need a business director and a strategy plan to increase resources. … There is a huge need for more sophisticated, engaged and properly prepared boards. That is an enormous gap."

Identifying gaps and adjusting to new realities are themes running through the New York conference. "The environment has changed," says Zannie Voss, a panel moderator at the conference, and chair and professor of arts management and arts entrepreneurship in the Meadows School of the Arts and the Cox School of Business at Southern Methodist University in Dallas. "And when the environment changes, you can't just provide the same old answer and do things the way you have always done them."

The Toronto Alliance for the Performing Arts, with 185 commercial and non-profit members in theatre, dance and opera, is exploring new strategies for survival in a volatile environment.

"Toronto companies have recognized they need to embrace adaptive change, and there are many already working on it," says Jacoba Knaapen, executive director of TAPA, noting how mobile technology is transforming the consumption of arts and culture.

Since 2011, as part of a project with Arts Research Action, a consulting group, TAPA has worked with members to explore new approaches to a range of issues, including how to attract younger, more diverse audiences. The results will be included in a report to be released next year.

"There are some really deep-seated assumptions that our organizations inherited in a language that dates back to when the companies were founded 35 to 40 years ago," observes Knaapen. "The assumptions they have inherited are part of the old way, and the old way has to change to a more adaptive model." 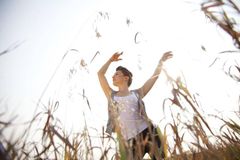 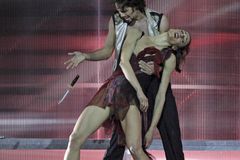 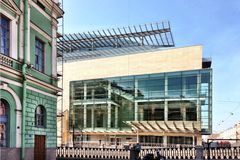