With unprecedented levels of access to the creative process behind a Stratford production, photographer Chris Young explains – and shows – how this season's Hamlet has come together, from costume concepts to characters brought alive 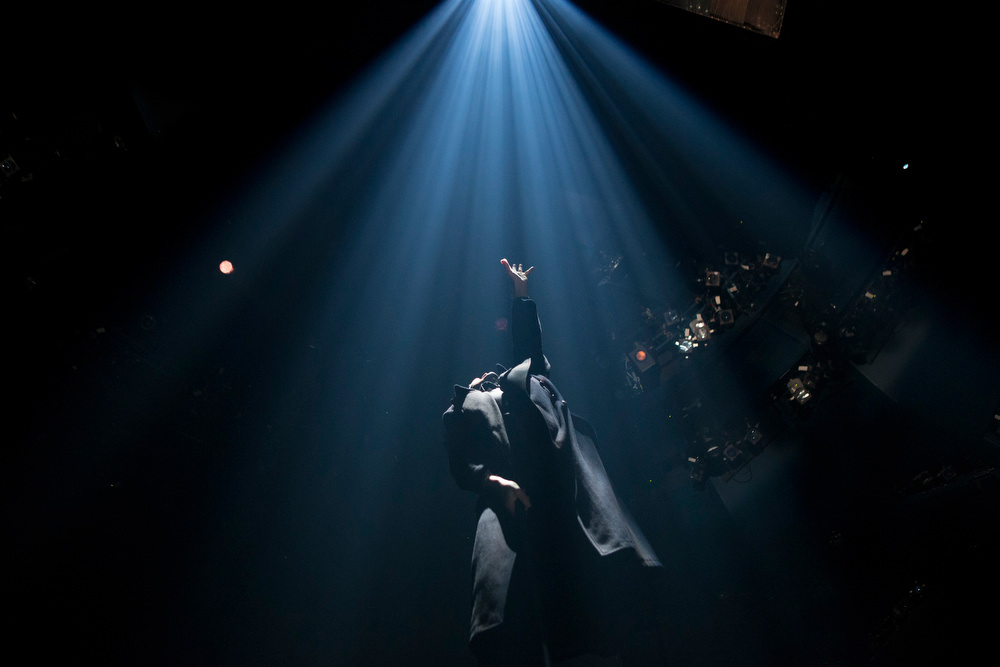 This project started last year, when I photographed Colm Feore for The Globe. He was starring in the Stratford Festival’s King Lear. Colm was telling me all about the process of working on Lear, all the behind-the-scenes work that goes into it, and I realized that I wanted to shoot a whole production. Some directors are protective around their process, but Antoni [Cimolino, Stratford’s artistic director, and the director of this year’s Hamlet] was open about it.

In all, I went five or six times, for hours and hours. The first day was amazing – it was like a new semester of college. People hadn’t seen each other in a long time, so there was a lot of greeting and socializing. Then Antoni sat down and hosted a meeting in which he explained his vision for the production, with pieces of the set design behind him. Teresa [Przybylski Hamlet’s designer] got up and had two big boards where she’d pinned inspirational ideas for costume design – First World War soldiers, hairstyles from different periods and things like that. There were beautiful sketches of the set, of the costumes. She explained her vision, and then everyone sat down to do the first read-through.

‘Everyone sits in a big circle and they go around and introduce themselves, and they were all really happy – you get the immediate sense of family.’

On other visits, I saw the intricate ways in which they assemble the stage, and got to shoot some of the incredible artists who make everything that’s used at Stratford – cobblers, tailors, milliners, jewellers, wig-makers, all kinds of artisans. My brother works in tailoring, so for me it was amazing to watch that level of skill. Not only are they making bespoke costumes, but they’re making them for all these different time periods – a nun’s habit for The Sound of Music, a Second World War military costume, and also these flowing Elizabethan dresses. And all of it done with immaculate execution. It’s incredible to wander around the basement of Stratford and see all these experts in their fields doing their work.

Jocelyn [McDowell – apprentice stage manager, Hamlet] would come and grab me and say, “Antoni heard you are in the building and thinks you should see this or that thing.” I shot rehearsals, costume design, prop design. I shot the actors just hanging out and running through their lines. I was struck again and again by the dedication of the actors. Even when they were just running lines, they gave everything they had. The younger actors would just watch Jonny [Jonathan Goad, who plays Hamlet] and absorb everything he did and be inspired.

‘I didn’t want to show Hamlet with the skull, we’ve all seen that. But the skull is important. There’s a drop part on the stage that they can raise up and down. Antoni suggested I go down into the grave. I couldn’t believe I was even allowed to go in.’

I watched them rehearse the scene where Ophelia is lowered into the ground. The actors were all in street clothes. What struck me about it was the intensity of the rehearsal – it was as intense then as it was during dress rehearsal in front of an audience. You see these guys, everyone in the cast, they give it everything they have.

What’s stunning as well is that these people are all doing this for multiple plays. All the technicians and artisans are working on such a huge variety of productions, and most of the actors are working several plays. I talked to Antoni, to Teresa, to Michael [Walton, lighting designer, Hamlet], and tried to get a sense of their vision for Hamlet. And then I tried to take pictures that represented their visions. I hope I’ve done justice to the incredible work that everyone at Stratford pours into a production.

‘I wanted to express the loneliness of Hamlet as his mind is disrupted. I wanted him alone with his madness.’
Follow us on Twitter @globearts Opens in a new window
Report an error Editorial code of conduct
Due to technical reasons, we have temporarily removed commenting from our articles. We hope to have this fixed soon. Thank you for your patience. If you are looking to give feedback on our new site, please send it along to feedback@globeandmail.com. If you want to write a letter to the editor, please forward to letters@globeandmail.com.
Comments