The veteran Toronto actor and colourful character Bob Nasmith recently finished a successful run of Samuel Beckett's classic Krapp's Last Tape at Theatre Passe Muraille. The one-hander ends with an old man's reflection: "Perhaps my best years are gone. When there was a chance of happiness. But I wouldn't want them back. Not with the fire in me now. No, I wouldn't want them back."

Speaking to The Globe and Mail about the play, the 74-year-old Nasmith said that while he didn't see doing the role as a kind of self analysis, he came away astounded that anyone under 60 could contemplate doing it. "So much of it has to do with being of an age, and having a history. It's a remarkable piece of work."

As is Nasmith. At the storied Cameron House hotel, where he's lived off and on for 35 years, the actor spoke about cancer, gambling and looking forward, not back.

I enjoyed doing Krapp's Last Tape. One night, Atom Egoyan came back to the dressing room, and he's directed it twice. He said our production was the clearest he could ever have imagined, and that even he understood it for the first time. That's quite a compliment.

I muscled my way through the shows. I've had a real nasty bout of throat cancer. I had radiation and chemotherapy for a couple of years. Fortunately, it worked. I have some problems with my swallowing mechanism, but I'm in full remission now. I'm a pretty lucky ducky.

I smoked until 1999. And I worked in a quarry and in a mine, where it was considered macho not to wear the mask.

I haven't been a great self-initiator. I may have to do a little more of that. I've done some nice shows over the last few years. It's been a resurrection of sorts. I did Twelve Angry Men and Incident at Vichy at Soulpepper. And, of course, Krapp's Last Tape at Passe Muraille. It's really quite fun. Sometimes I say to myself, "Where the hell was this earlier on in my life?" But, anyway, it wasn't.

How do I spend my time off? I gamble too much. I'm addicted to the horses. I'm getting treatment for that.

I want to go see Jerusalem at Crow's Theatre. Nick Campbell is in that, and I've known him for close to 40 years. He likes the horses, too. In fact, when he was making money doing Da Vinci's Inquest, he bought a few. They saw him coming. Horse traders always do.

I do renovations, primarily drywall and plastering and repairs like that. It's becoming difficult. I can't hump four-by-eight sheets of drywall three flights of stairs any more.

So, yet again, I have to reinvent myself. We'll see what I come up with.

Between the Acts: Shape of Water's Michael Shannon on his band and his hate for obliviousness
March 6, 2018 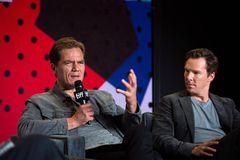 Between the Acts: Actress Araby Lockhart prepares for her swan song
February 20, 2018 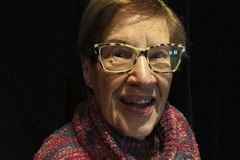 Between the Acts: Sarah Harmer on recording a new album at a relaxed pace
February 13, 2018 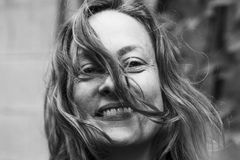