Skip to main content
APARITA BHANDARI
Special to The Globe and Mail
Published May 1, 2015

Tarragon hopes a Bollywood-tinged Much Ado About Nothing will attract new audiences. Behind the scenes, the cast has had doubts 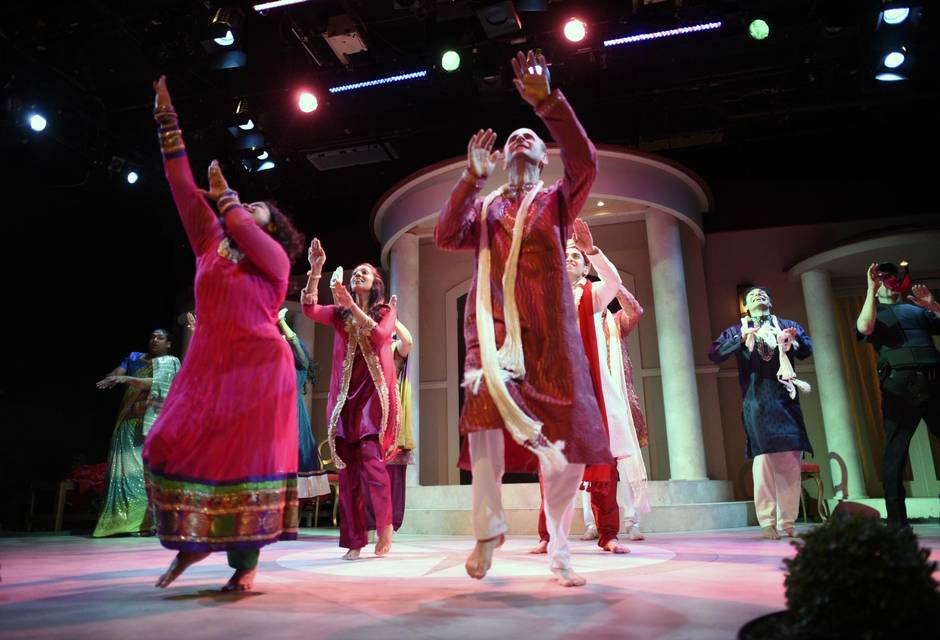 Tarragon Theatre’s new production of Shakespeare’s comedy Much Ado About Nothing, which opened this week, switches out Sicily for Brampton, setting the plot in a modern, wealthy Punjabi household that still holds on to traditional Indian values. Instead of Leonato, Duke of Messina, we have Ranjit, Mayor of Brampton, presiding over the family. There’s an Auntie character who speaks in Hindi the entire show and an Indian constable with, of all things, a Newfoundland accent. There will be singing and dancing. The entire text has been translated into Hindi for the surtitles projected on stage – for the benefit of an audience Tarragon hopes is fluent in the language.

With attendance dwindling across Toronto mainstages, the theatre is taking a chance on a Bollywood-tinged script. The desired effect: that South Asians from Brampton, and beyond, will make a trip downtown to check out a version of the Shakespearean classic that literally speaks to them.

The production has also thrown a spotlight on the the lack of opportunities for minorities in many Canadian theatrical institutions.

There has been soul-searching among theatre-wallahs who question their cultural relevance to Toronto audiences. Do they want ethnic theatre? Is writing your own show the only way for non-white actors to appear on the playbill? Is a Bollywood retelling of Much Ado the only way that actor and Dora-winning writer Anusree Roy will get a shot at playing Beatrice? 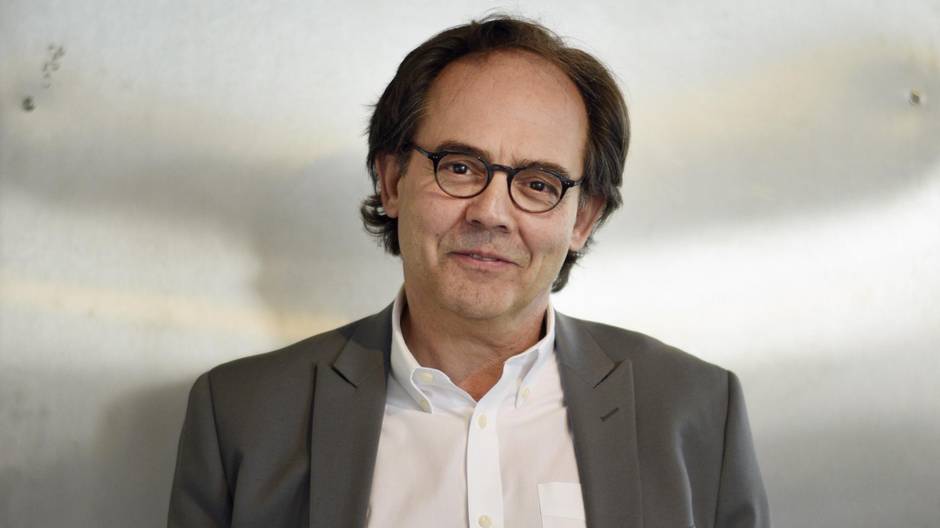 Richard Rose, artistic director of Tarragon, is known for mashing up Shakespeare against decidedly Canadian backdrops. His version of A Midsummer Night’s Dream for Canadian Stage’s Shakespeare in High Park, for instance, was outfitted with Muskoka chairs and Mounties, noted a 2012 review in this paper. His 1998 take on The Two Gentlemen of Verona for the Stratford Festival was set in Canada and Britain in 1913.

“I find that when you set Shakespeare in another culture, it brings something out in the language that’s so revealing. It brings out an emotional side to the play,” says Mr. Rose.

However, the fact that Much Ado was being promoted with a Bollywood spin – and not as a South Asian adaptation, or even an Indo-Canadian production – was cause for consternation for one actor who is not part of the production. (Given the “ridiculously incestuous” nature of the business, many South Asian theatre professionals interviewed for this piece spoke off the record.) “This is the only time an actor of colour would be required for the classics, otherwise you get walk-on roles or extras. This is 2015 and you see the most South Asian talent at Tarragon in one season, in one play. You have to shake your head at that.”

When questioned about his role as a white director of a Bollywood play, Mr. Rose pointed out that he hired actor-playwright Ravi Jain as a consulting director and storyteller Sharada Eswar as a cultural consultant/translator. Their roles, he says, were to ensure there weren’t any cultural gaffes in his exploration of the immigrant experience and culture clash between the old world and new world.

“I respect him bringing me on,” says Mr. Jain. “There was enough cultural policing that stopped a lot of bad choices. We stacked the room with people unafraid to speak their minds. Still, I’m sure we may have missed some things.” 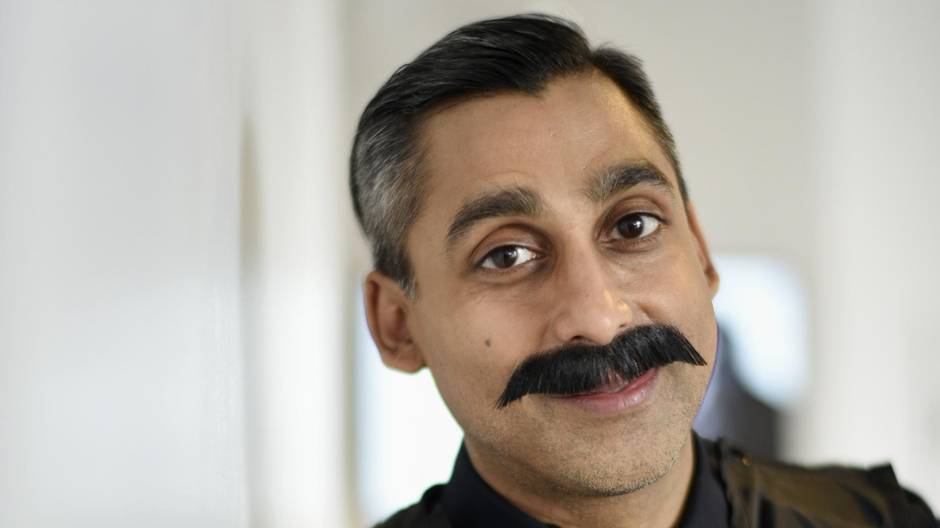 One of Mr. Rose’s suggestions to make the bumbling constable character Dogberry into a Sikh cop was immediately vetoed by Anand Rajaram. It was a stereotype, Mr. Rajaram argued, and a bad one. He also didn’t want to play a cop with an Indian accent.

“What I did was research a bunch of Newfoundland expressions, rewrote the script and offered them. Richard took a bunch of them,” he says. “As long as I get something that’s passably within the ballpark, it means I am not tying my hands to an authentic representation. Because first and foremost I’m trying to tell a story.”

Historically, India’s relationship with Shakespearean culture has been fraught, given the country’s colonial past. The Bard is widely taught in Indian classrooms, a curriculum staple initially developed by the British Raj to introduce students to “classic” and “great” literature, says Dalbir Singh, a Toronto playwright and editor of a forthcoming anthology called South Asian Canadian Theatre: Six Plays. “Oftentimes students were made to disregard their own affinities for local storytelling and writers in favour of the ‘great British white male’ playwright,” he writes in an e-mail.

This production is based on a script written by a white man, directed by a white man, and whose audiences will most likely be white – so it’ll be interesting to see what kind of shape this play takes.
Dalbir Singh, playwright

Modern-day Indian artists have had critical successes in reclaiming their cultural heritage – and appropriating and bastardizing Shakespeare along the way. Vishal Bhardwaj’s 2014 film Haider sets Hamlet in 1995, in insurgency-ridden Kashmir. Co-written by Kashmiri journalist Basharat Peer, Haider delved into the nuances of disappeared civilians and a ruthless pro-government militia.

Tarragon’s Much Ado, Mr. Singh believes, has many obstacles to overcome if it’s to be a success with Toronto’s South Asian community. “This production is based on a script written by a white man, directed by a white man, and whose audiences will most likely be white – so it’ll be interesting to see what kind of shape this play takes,” he writes.

On Tarragon’s second night of Much Ado, the house was packed; the audience was mostly white. The show was a mishmash of accents and the dialogue peppered with occasional (and unnecessary) exclamations of “Hey Krishna!” or “Shabaash!” alongside shoutouts to Brampton and Thornhill. The biggest laugh came when the cast stuck to Shakespeare’s script, as a hapless Benedict was baited by his buddies. A technical glitch had riddled the surtitles with errors, so they never came on, saving Hindi speakers an added distraction. A few audience members thought the show was “neat,” “so much fun” and “so colourful.” 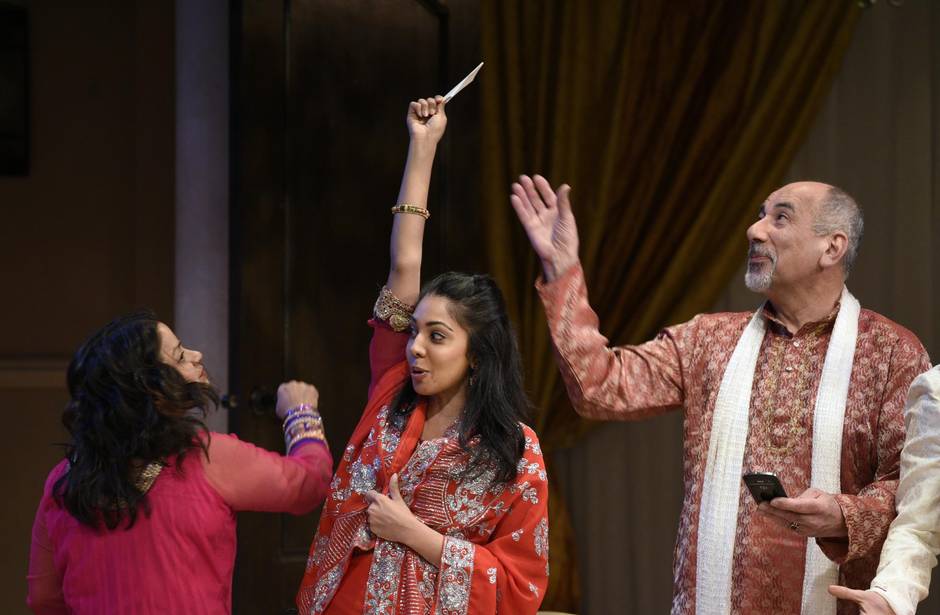 For Sugith Varughese, watching the show was a bittersweet experience. The toronto actor was supposed to play Mayor Ranjit, until he bagged a part on a TV series. Although he found the production exotic – “more Dubai than Brampton” – he wished he was onstage.

“When else would I get to do this?” he says with a shrug. “I haven’t done Shakespeare since high school.”

The show runs until May 31 and, despite any flaws, those who are in it are happy for the work. “It puts money in actors’ hands,” Mr. Rajaram says. “And you do it to know why what you did was right or not.”