Eye surgeon by day, by night (or, these days, half the week) Arun Lakra is a writer: plays, screenplays, he's even recorded an album. Call him a Renaissance Man, call him the ultimate multitasker, call him a workaholic. When I called him on the phone in Calgary, where he lives, question No.1 was what came first: the medicine or the writing? "It's funny you should say that," he says, "because that's the premise of the whole play."

The play is Sequence, and it's nominated for the STAGE (Scientists, Technologists and Artists Generating Exploration) International Script Competition for the best new play about science or technology. Chosen by jury members that include Pulitzer Prize winners (among them Angels in America playwright Tony Kushner) and prize-winning scientists – including a couple of Nobel laureates – the prize is described as a unique collaboration between art and science.

Sequence explores "the importance of order – in our genetic code, in chronology, and in our lives," according to the competition's description. It's one of three scripts – chosen from almost 200 entries from a dozen countries – shortlisted for the $10,000 (U.S.) prize. The winner will be announced Thursday on the BBC World Service program Science In Action.

Lakra, 45, was studying medicine at the University of Toronto when he realized he felt "a little imbalanced, a little out of whack" without a creative outlet. He started to carve time into his schedule to write, demands of med school be damned.

"I spent more and more time trying to achieve this elusive balance, so it's been a juggling act," says Lakra, who was born in India but has lived in Calgary since he was 3. "It wasn't necessarily easy or pretty, but I felt compelled to do it."

Once he started working as an ophthalmologist, Lakra took chunks of time off to focus on writing, spending two months in Los Angeles at one point to study screenwriting. A father of two, he now divides his week between what he calls his paying job (his medical practice) and his non-paying job (writing).

It has certainly become more than a hobby. He wrote a screenplay (working title Voices) which was optioned by a Toronto production company and has attracted development funding from Telefilm and Movie Central; he released an album a couple of years ago under the name Subplot A, attracting some attention with topical songs cheering on the likes of hockey players (Hey There Iginla) and demoted planets (Pluto Rocks). He also writes academically, and co-authored the book In Search of 20/20: Everything You Need to Know about Laser Eye Surgery.

Sequence had been kicking around in his head for a while, and about a year and a half ago, he sat down "with some Advil and caffeine" and wrote it.

Plot-wise, there are two major threads: One involves a university student who takes a multiple question test and gets every answer – 150 of them – wrong. (What are the chances? One in a pentillion, according to Lakra.) The other involves a pregnant woman with a genetic disease that she has a 50/50 chance of passing onto her child.

Wondering if the play was any good, Lakra approached Vern Thiessen – an Edmonton-based playwright who has "written some pretty successful science-y kind of plays," says Lakra (such as Einstein's Gift). Thiessen suggested Lakra submit it to the STAGE competition, which Lakra had never heard of.

Sequence went on to win the 2011 Alberta Playwriting Competition and earn a staged reading. (Calgary's Downstage theatre company will produce its world premiere next February.) Lakra got the script into the competition, which is an initiative of the California NanoSystems Institute (CNSI), two days before it closed.

The other shortlisted writers are multiaward winning Australian playwright Alana Valentine, for her astrophysics-related work Ear to the Edge of Time; and U.S. advertising executive-turned-playwright Richard Manley, whose This Rough Magic is set "in a foreseeable future, where problems of overcoming loneliness and feeling unloved prevail, but technology provides solutions to those who can afford them," according to the competition.

Lakra is well aware of other literary physicians in Canada, and he considers ER doc/Scotiabank Giller Prize winner Vincent Lam a role model. But Lakra is also quick to point out that he doesn't want to be defined that way. "I ideally want to succeed as a writer," he says. "Not as a doctor who writes."

Lululemon billionaire ready to chip in for Vancouver
August 3, 2012 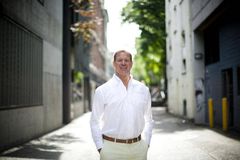 How Maeve Binchy helped me find a happy ending
July 31, 2012 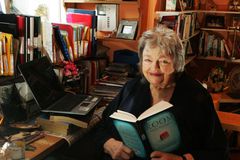 When to tell your kids about your less-than-perfect past
July 26, 2012 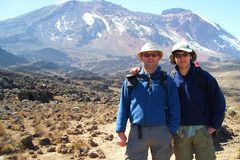