It's the type of overnight theatrical success story that's simply not supposed to happen these days. This week, Canadian David West Read's The Performers – only the second play the 29-year-old has ever written – will open directly on Broadway.

Set in the unlikely location of an adult entertainment awards show in Las Vegas, Read's ensemble comedy – which begins previews at the Longacre Theatre starting Tuesday, then officially raises the curtain on Nov. 14 – features a high-calibre cast full of Broadway regulars and a pair of marquee names more familiar from film and TV, Alicia Silverstone and Henry Winkler a.k.a. the Fonz.

"For David to have one off-Broadway credit, then have a play open commercially on Broadway is astounding," says playwright Daniel Goldfarb, who taught Read at New York University's Tisch School of the Arts just a few years ago.

With the exception of star vehicles, comedies and dramas even by the world's biggest name playwrights tend to slowly filter up to the Great White Way from not-for-profit theatres. Notes Goldfarb: "For the most part, plays don't world premiere in commercial productions on Broadway any more."

Read's story is just that little more unlikely in that he's from the Great White North. If you don't count solo shows from Martin Short and William Shatner, The Performers is essentially the first non-musical play written by a Canadian to open on Broadway since Joanna McClelland Glass's Saskatoon-set Play Memory flopped in 1984.

"People keep telling me, 'You know this is not normal, right?'" says Read, over the phone from New York.

"It has everything to do with the amazing people I've surrounded myself with – and the willingness of these producers to take a chance on something. My name is not going to sell any tickets to this show."

All the jealous stage writers out there will find Read's story that much more irritating because he didn't initially envision himself as a playwright.

Originally from Markham, Ont., the son of a book publisher and a Grade 3 teacher, Read graduated from the University of Toronto with a degree in English and semiotics in 2006.

While his mother and late father – who both earned MAs in English – could be called literary, any theatrical ambitions in the family were originally thought to be limited to Read's sister, who studied drama at the University of Guelph. "I went to see her plays and thought she was weird," says Read, recalling watching her covering herself with dirt while playing Ophelia.

After his undergrad, Read applied to NYU's Tisch School for the Arts to study dramatic writing – intending to specialize in television; on his second attempt, after a year gigging around Toronto as an actor – appearing in a Rogers phone commercial and the murder victim in a TV movie – he got in and a full scholarship.

It was in a mandatory playwriting class, however, that Read found his voice – and a champion in fellow expat Goldfarb, whose plays The Retributionists and Sarah, Sarah have had prominent productions in the States but have yet to make it north of the border. (Goldfarb also co-wrote comedian Martin Short's 2006 one-man Broadway show, Fame Becomes Me.)

"David is an extraordinary writer with a great ear for dialogue and a great sense of humour and a great humanity," recalls Goldfarb, now a friend of his former student. "After he wrote [his first play] for my class, I asked him if I could give it to my agent and my manager."

Read's rise was unusually fast after that connection was made. In 2011, class assignment The Dream of the Burning Boy, a play about a high-school tragedy the New York Times called "eloquent and affecting", premiered at the Roundabout Underground, a small black-box theatre with substantial resources.

And that's where another of Read's "amazing people" stepped in: Robyn Goodman, who curates the Underground and is also a commercial producer of musicals such as Avenue Q and American Idiot. After attending a reading of Read's next work (which became The Performers), she immediately felt it had commercial potential and assembled a team of producers. Now, the romantic comedy – which Read penned while continuing his studies at Julliard, in part, he says, so he could stay in the United States on a student visa – is ready for the boards.

The year or so in between has been unusually hectic for the young playwright – working with former Clueless star Silverstone to tailor a role for her; being shuttled off with director Evan Cabnet to do further research at the Adult Video News Awards in Las Vegas (where their chaperone was Sasha Grey, the former adult film star turned actress); and thinking ahead to a possible film adaptation.

"It's still kind of surreal for me when he walks out on stage," says Read. But then, what isn't surreal about his story?

Very few plays written by Canucks have made it in the legendary, midtown Manhattan theatre district known as Broadway.

Quebec dramatist Gratien Gélinas's Tit-Coq is usually cited as the first Canadian show to flop on the Great White Way – running about three performances at the Broadhurst Theatre in 1951. That set the mould for exports not quite becoming the runaway Broadway hits hoped for in the 1970s and 1980s – otherwise well-regarded works like Michel Tremblay's Hosanna, John Gray and Eric Peterson's musical Billy Bishop Goes to War, or David French's Of the Fields, Lately.

Joanna McClelland Glass, the Saskatchewan-born playwright who moved to New York and married there in the late 1950s, had two of her plays – To Grandmother's House We Go and the Saskatoon-set Play Memory – make it to Broadway in the first half of the 1980s, though the latter had about 12 performances in total.

Back then the lack of success of Canadian drama in the commercial centre of North American theatre provoked a certain cultural anxiety. In a 1981 article headlined "Canadiana flops on Broadway," Toronto Star theatre critic Gina Mallet wondered whether it was our plays that were bad … or just our productions of them.

Few Canadian non-musical plays have aimed for Broadway since that period – though David French's translation of The Seagull got a starry production there in 1992 (the cast included Ethan Hawke, Laura Linney and Jon Voight).

Finally, the country's theatre got over its inferiority complex when the Canuck creators of The Drowsy Chaperone – writers Don McKellar and Bob Martin, and composer/lyricist team Lisa Lambert and Greg Morrison – all walked away with Tony Awards in 2006.

Flash-forward to 2012, and the answer to the question of why Canadian-written plays don't end up on Broadway seems self-evident – there aren't many new plays there written by playwrights of any nationality. Meanwhile, a crop of expats – such as Daniel Goldfarb, Melissa James Gibson and Adam Bock – have real heft in the more serious atmosphere of off-Broadway and the list of Canada-based playwrights being produced regularly regionally in the United States is more than respectable. 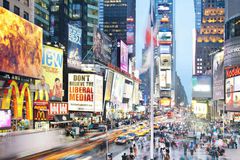