The Canadian Opera Company's 2018/19 season lineup is a compelling one, worthy of a subscription. In short: it offers a world-premiere by a Canadian celebrity, rising young singers in leading roles, feel-good familiarity and a revolving door of world-class artistry.

Wainwright and MacIvor's Hadrian (Oct. 13-27) is a major draw for the 18/19 season. The piece marks playwright/actor MacIvor's first libretto (the text of an opera) and Wainwright's second opera, following his 2009 Prima Donna. Their piece tells the story of the Roman emperor and his young lover Antinous, who was deified after his mysterious and premature death.

Between the Wainwright factor and Hadrian's subject matter, it's fair to say that this world premiere comes with a lot of hype. Wainwright has offered the promise of something provocative: "I think in our modern world," he says, "among younger audiences especially, there's a hunger for a sort of spectacle that the opera world thinks is no longer relevant." The COC rounds up a fascinating cast of big names (Thomas Hampson, Karita Mattila and Ben Heppner – who will venture out of retirement for the occasion) and rising stars (Isaiah Bell as Antinous and Ambur Braid as Hadrian's wife, Sabina).

But the important questions to ask about Hadrian will be these: Does the opera have independent merit? Or will it rely on buzz and the fame of its cast?

For entirely different reasons, the COC's spring 2019 production of Verdi's Otello (April 27 to May 21) is truly something to get excited about; it offers thrilling music and a stellar cast in David Alden's production. The opera based on Shakespeare's tale of jealousy is one of Verdi's many masterworks, yet it's not as common a sight as La traviata or Falstaff. Otello's demanding score requires an extraordinarily skilled cast of singers, and that's just what Torontonians will get: Tenor Russell Thomas (Carmen, 2016; Norma, 2016) takes on the title role opposite soprano Tamara Wilson (Die Fledermaus, 2012) as Otello's wife, Desdemona; Canada's own Gerald Finley (Falstaff, 2015) sings the conniving Iago. These three leads are singing their roles for the first time in the COC's Otello, making the casting as much an exciting gamble as it is a sure-thing night of excellent singing.

It's a big season for younger Canadian singers whose careers are quickly gaining momentum, and the COC will play host to a few of their major milestones. Bass-baritone Gordon Bintner (The Elixir of Love, 2017) will take on the title role in Tchaikovsky's Eugene Onegin (September 30 to November 3), in the stunning production by Robert Carsen (Falstaff, Dialogues des Carmélites). The production also includes arresting set design by Canada's award-winning designer Michael Levine (Siegfried, Rigoletto). On a major stage, amid the work of operatic giants such asCarsen and Levine, Bintner's Onegin will mark a major step in his career, and Canada will be lucky to hear it.

Also worth attention is Emily D'Angelo, who will sing Dorabella in the COC's Così fan tutte (Feb. 5-23, 2019). The young mezzo-soprano (under 25!) is winning competitions and earning herself great gigs all over Europe and North America, and it's a big deal for her to land this leading role in Atom Egoyan's production of one of Mozart's last operas.

Richard Strauss's Elektra (Jan. 26 to Feb. 22, 2019) is the perfect mid-winter jolt; it's a dense one-act, full of dark and uncomfortable family drama. The reason to see this opera is simple: Christine Goerke. The American soprano is a reigning queen of German opera, a title you'll appreciate if you saw her as Brunnhilde in Die Walküre, Siegfried, or Götterdämmerung. Her Elektra is the latest of her signature roles to come to Toronto.

The season ends with the operatic equivalent of a really good hug: Puccini's La bohème (April 17 to May 22). Two casts share the eleven performances, all of which are conducted by the lovely, elastic maestro Paolo Carignani. Some cast members to watch out for: Miriam Khalil as Mimi, Danika Loren as Musetta and Joshua Guerrero as Rodolfo. 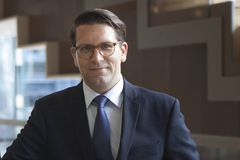 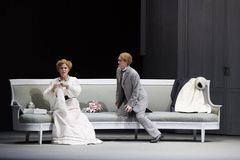 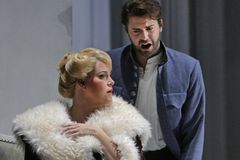