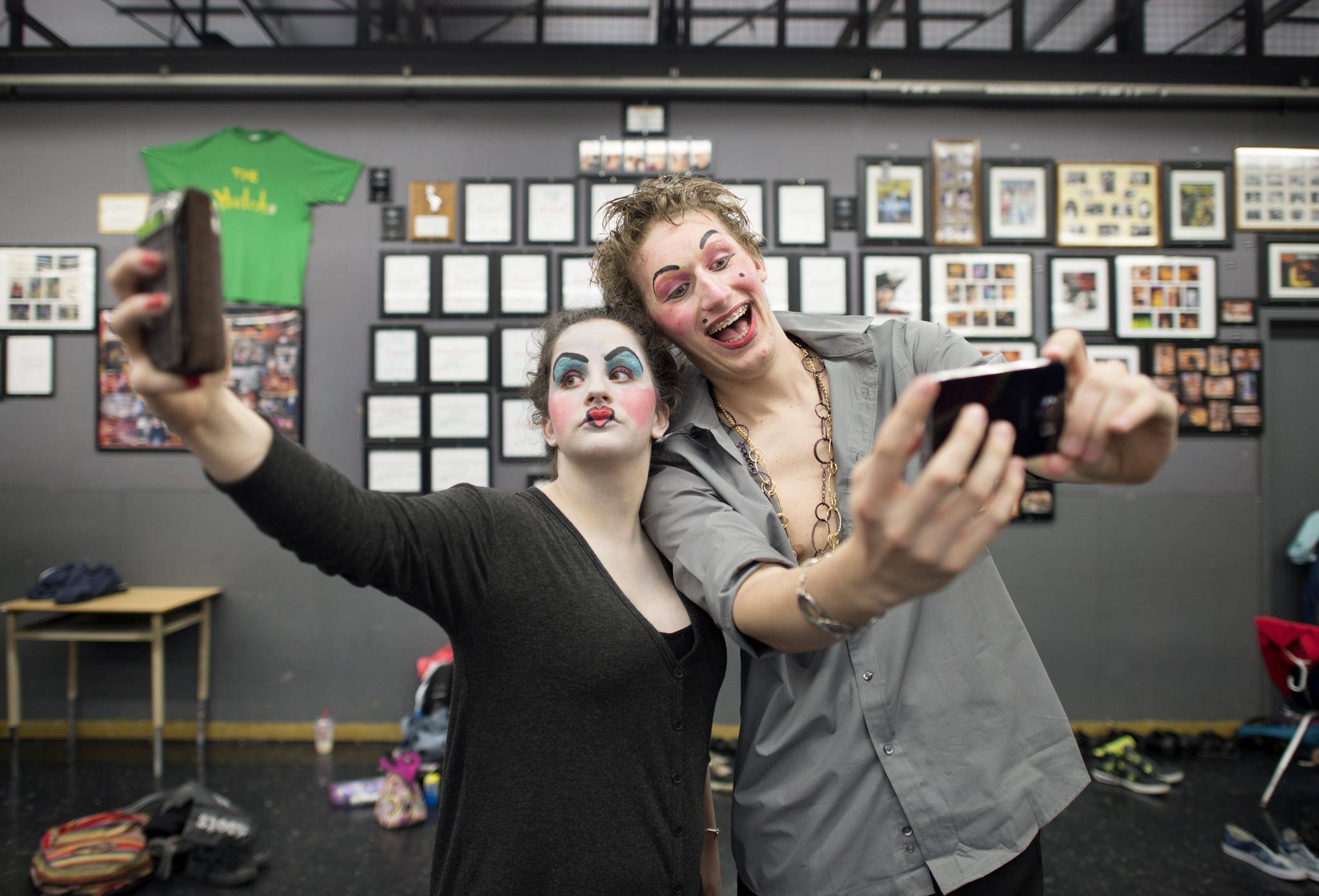 Samantha Dodds, left, and Stefan Bechler take selfies while in character for the first time before dress rehearsal for Les Misérables at Lakeshore Collegiate Institute in Toronto on May 19, 2015. (All photos: Darren Calabrese for The Globe and Mail)

It’s March 31 – and there are 57 days, five hours, 12 minutes and seven seconds until the opening night of Les Misérables at Lakeshore Collegiate Institute.

I know this because a countdown clock has been posted on the Toronto high school’s home page. No pressure.

Greg Danakas and his drama students are working on a scene where Fantine, a 19th-century single mother in search of work and caregivers for her baby, stumbles upon the unscrupulous innkeepers Monsieur and Madame Thénardier.

“You want me to walk like this?” asks Samantha Dodds, who is playing Madame Thénardier, waddling across the stage and scratching herself.

Mr. Danakas wants the Thénardiers to be as clownishly disgusting as possible. “Yeah, you’ve got genital warts!” he says – and the drama studio erupts in laughter.

But someone is missing: Stefan Bechler, who is playing Monsieur Thénardier, is still behind the black curtains that hang at the back of the drama studio. “Stefan?” Mr. Danakas calls out.

There is only the faint sound of sniffling in response. Stage fright has struck.

Lakeshore’s annual spring shows are known for pushing boundaries – but the wider culture of taking offence is beginning to push back.

Mr. Danakas’s most popular production to date was a stage adaptation of Dracula inspired by the 1998 Wesley Snipes movie Blade. It featured 17 vampires who were – in Mr. D’s words – “dressed like prostitutes,” watching the action unfold from scaffolding. 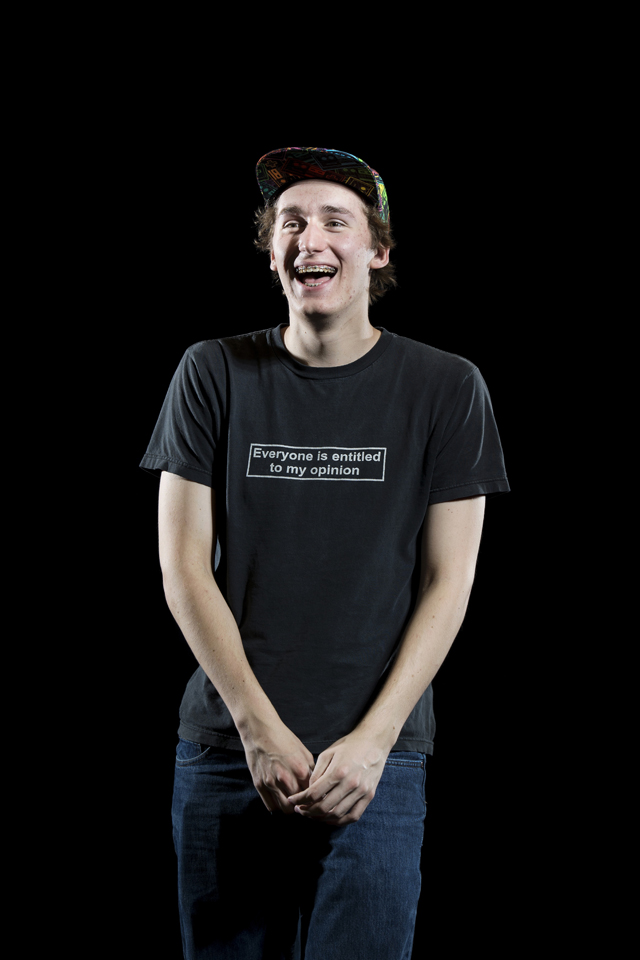 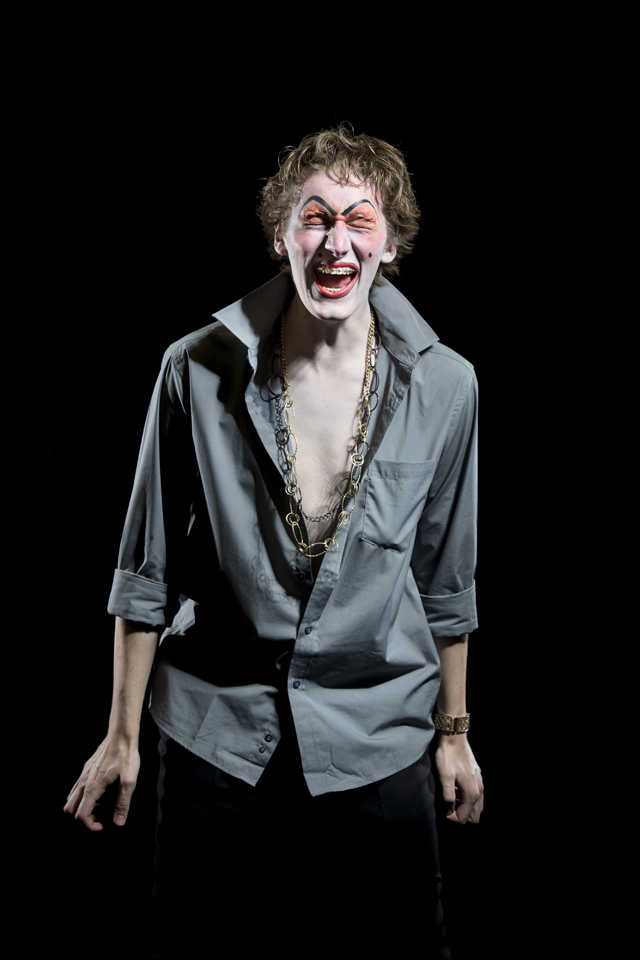 Dracula sold out Lakeshore’s 600-seat auditorium all three nights it played in 2005 – and Kathleen McCabe, the principal then, wrote Mr. D to praise him.

“I am sure that producing a high school play may have limited your true creativity because of the censoring that I imposed on you,” she wrote in the letter, which Mr. D has framed and hung on his office wall. “However, you were able to design an amazing play and keep it on the edge.”

Times have changed, however – and now it’s Mr. Danakas who has to censor himself. “I wouldn’t be able to do Dracula now,” he says with a sigh.

The drama teacher is continuing to deal with fallout from his relatively tame, gender-bending Three Musketeers from last year.

Mr. Danakas had d’Artagnan – who wants to join the Musketeers – played by a female student and decided to deal with the implications of dropping a woman into the jocular world of 17th-century French swordsmen.

Athos, Portho and Artemis gradually gained respect for d’Artagnan, but they behaved chauvinistically toward her in the early scenes. “I thought it was totally harmless, juvenile silliness,” Mr. D says.

That’s not what a couple of local middle-school teachers thought of the groping and crude gestures with épées, however. They pulled their classes out of a matinee due to the sexual slapstick.

Cali Phillips, a Grade 11 student who is playing Fantine this year, recalls the incident with uncharacteristic anger. “We could hear all these seats closing – they couldn’t even wait to intermission,” she says, still irritated by the rudeness. “The kids liked it. They weren’t offended, it was the teachers.” 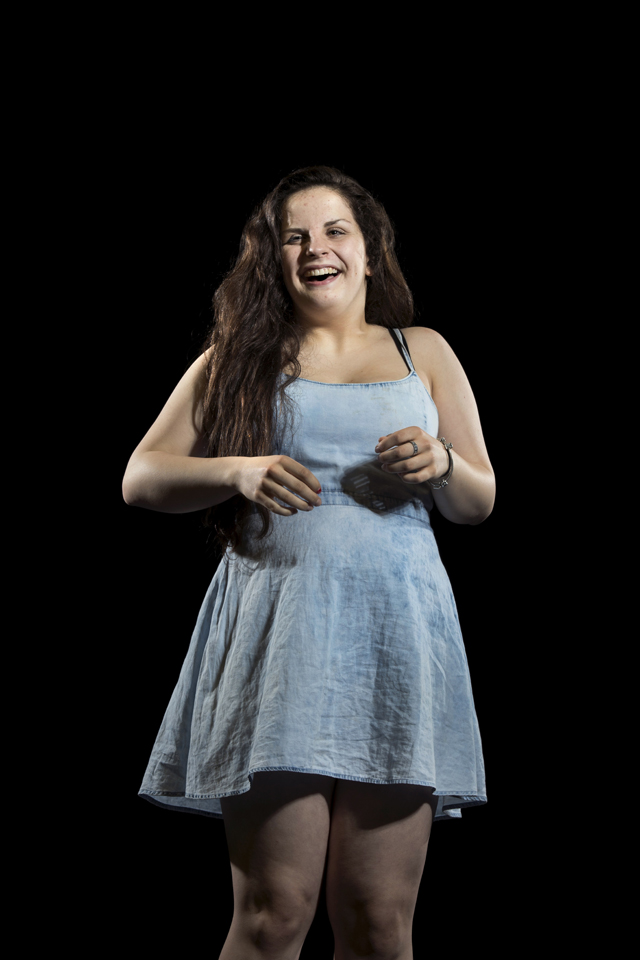 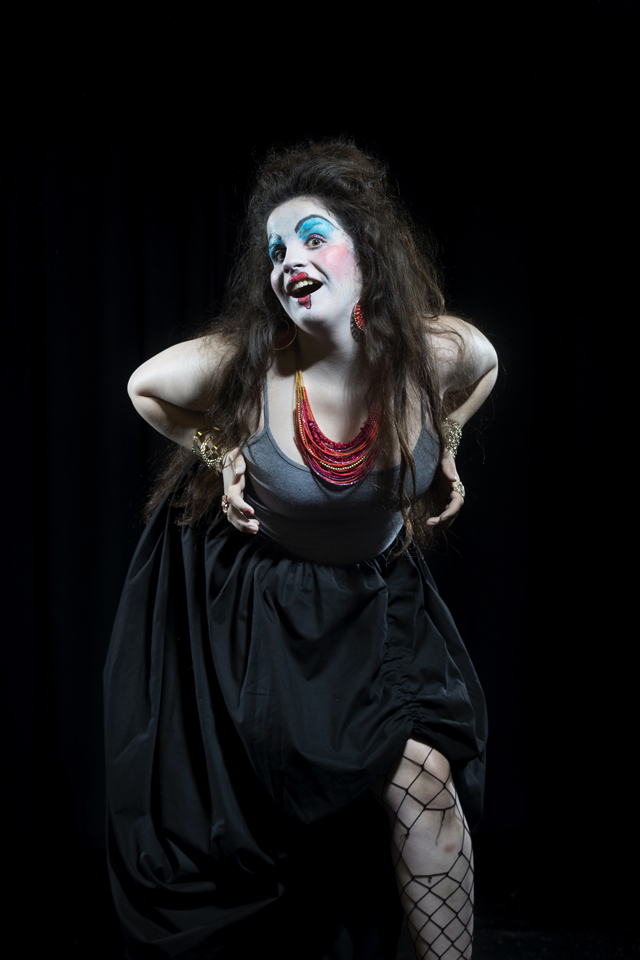 Reiana Ramdeen, one of the Grade 9 students in Les Misérables, backs up Cali’s account. She was at the Musketeers matinee last year – and hers was the only school not to walk out. “I liked it – it was really good,” she recalls.

The middle-school matinees of Lakeshore’s shows – which precede a three-night run – are often a recruiting tool for the school and its drama program. Reiana, a taekwondo enthusiast who has never seen a professional play, took drama in part because of what she saw.

But the Les Misérables matinee is in peril because of what happened last year. Principals from the local middle schools have sent letters to Lakeshore: They want to know if there will be anything objectionable – in a stage adaptation of a 19th-century French historical novel by Victor Hugo acted by teenagers.

“Why is the world getting more prudish?” Mr. Danakas wonders.

About half an hour later after his stage fright, Stefan is calming down in Mr. Danakas’s office as the countdown clock ticks away on the desktop computer. “It’s also counting down to my heart attack,” Stefan says. “I’m excited that I got Thénardier, but I’m not sure I’m getting what Sir wants from it.”

Mr. Danakas wants a larger-than-life portrayal to fit his dystopian production of the play. Stefan will eventually have clown-like makeup around his eyes and wear a ratty old pimp’s jacket as his costume – and Mr. D has asked him to play Monsieur Thénardier with the voice of the Child Catcher from Chitty Chitty Bang Bang and the body language of Jack Sparrow from The Pirates of the Caribbean.

Occasionally, Mr. D models this for Stefan – a directorial move he knows would be frowned upon in professional circles, but that he finds useful with students. 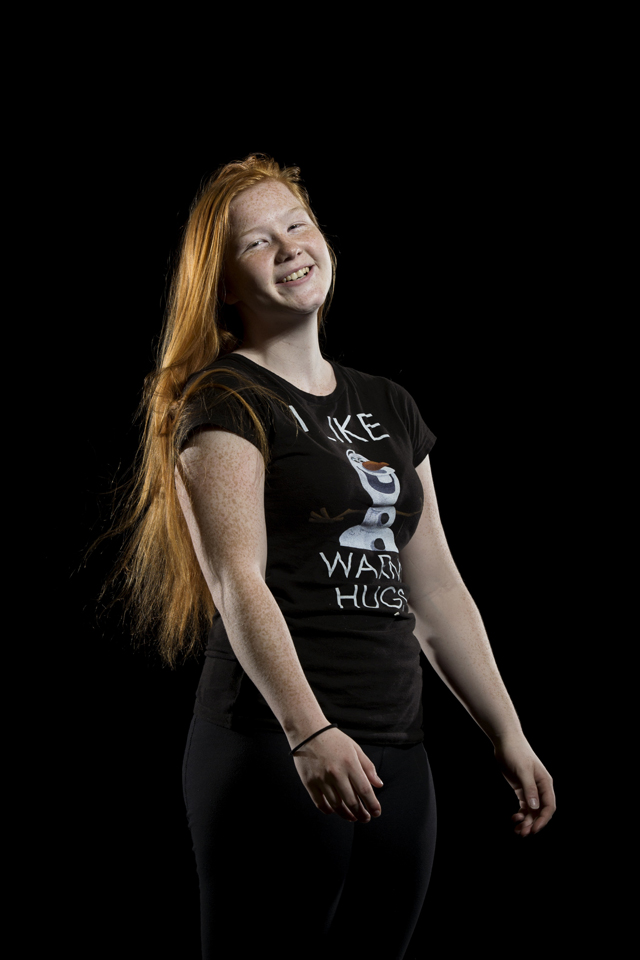 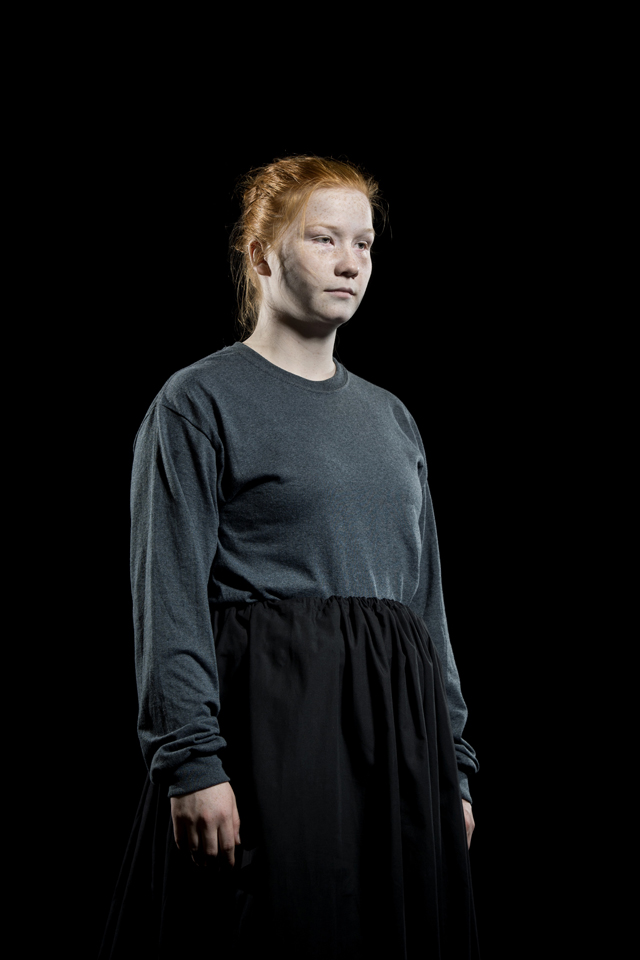 Stefan doesn’t mind. “It’s really kind of fun to see him take each role and show what he wants out of them,” he says. “It’s almost like he’s putting on his own one-man show on the side.”

What’s not bothering Stefan is any of the sexual slapstick between Monsieur and Madame Thénardier. He grabs her breasts; she hits him in the crotch. The two roll around a lot, each giving as good as they get, and often exit in a clinch, excited by the casual cruelty they’ve inflicted on each other.

Stefan and Samantha have played husband and wife in a number plays at this point – and love working together. “We’re really comfortable with each other,” Stefan says. “I always ask before: ‘This is okay, right?’ ”

Teaching consent may just have been added to Ontario’s controversial new sex-ed curriculum – but drama class is ahead of the curve.

‘KIDS HAVE NEVER BEEN KIDS’

A few weeks later when I stop by Mr. D’s class, he has visitors: Rachel Dowzansky and Beckey Broadshaw, two 2007 Lakeshore graduates, who have returned to say hi to their beloved teacher.

Beckey is reminiscing about going with her mother to a sex shop called Aren’t We Naughty to buy her costume for Dracula in 2005. Both she and Rachel think the middle-school walk-out from last year is ridiculous.

Back in Beckey and Rachel’s time at Lakeshore, the concern was more about middle schoolers being offensive – not being offended. The two recall Grade 8 students heckling with sexually suggestive comments. 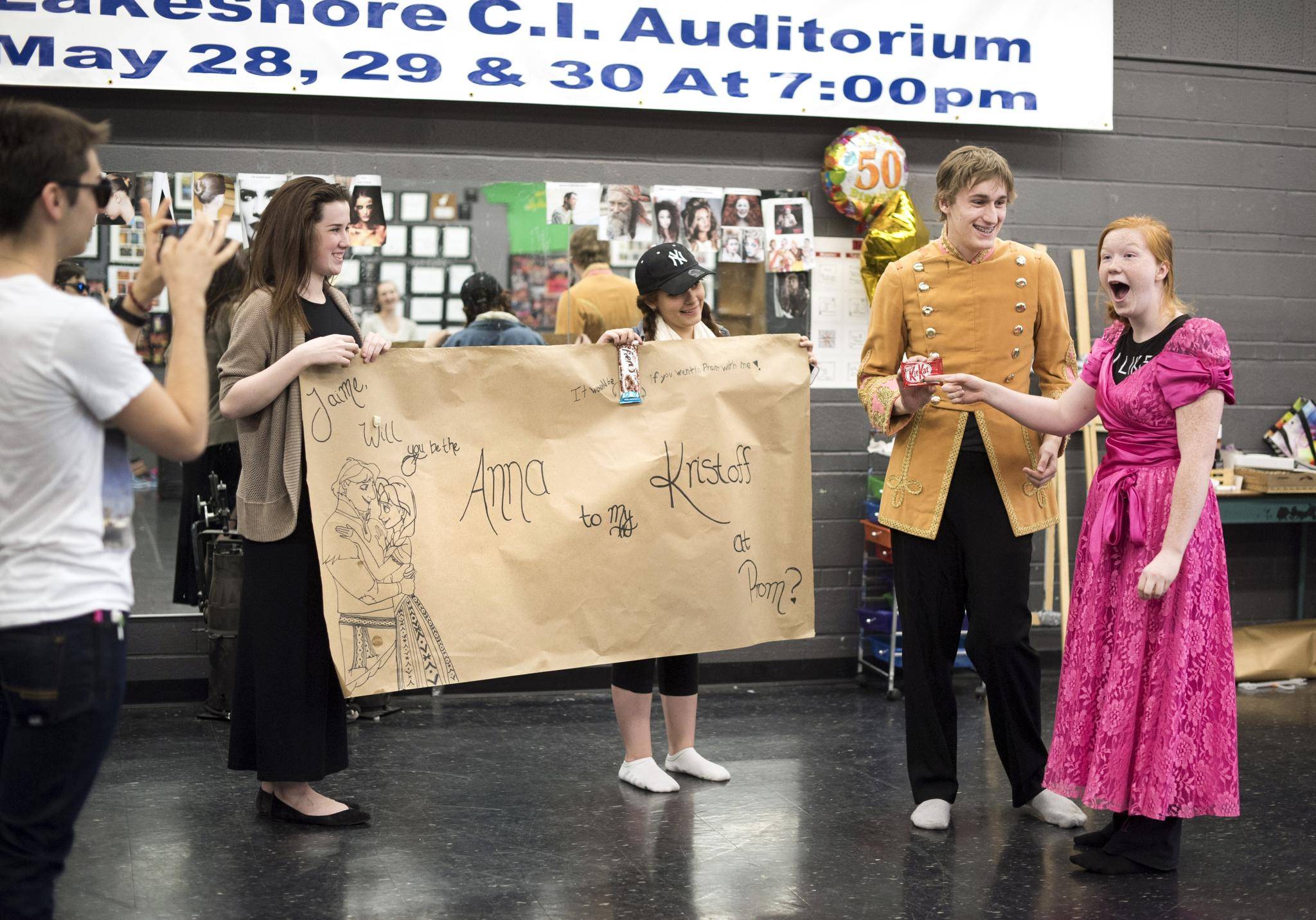 Jaime Wells, right, reacts after Stefan Bechler dressed up as a prince and surprised her with a Frozen-themed prom proposal. Jaime said yes.

Drama class, on the other hand, was a place for respectful discussions around sex and sexuality – and also about the emotions surrounding falling in love and lust. Rachel remembers the invigorating discovery that Juliet is 13 years old in Romeo and Juliet: “There was love and sex – and Shakespeare didn’t judge it.”

I had forgotten that element of the appeal of drama class when I was in high school: We had sex ed, but it was all about diseases and birth control. There was nothing about the messy feelings that accompanied sex – for that, we had to turn to Shakespeare.

Doug Floen, my high school drama teacher, was a boundary pusher, too. In a production of Much Ado About Nothing, Mr. Floen decided to move the sex scene between Borachio and Margaret on to the stage. And so in Grade 10, I pretended to do it doggie-style on stage.

The experience hooked me on William Shakespeare for life, essentially.

In the end, Mr. Danakas tells us he’s decided to take out the Thénardiers’ sexual slapstick for the student matinee. He’d rather expose the school’s work to potential future drama students like Reiana than not.

“I want to have them come to see the show,” he says. “I want them to know about Lakeshore – that it’s not a bad school.” I wonder if they’re as likely to get hooked on theatre that’s good for them, however. 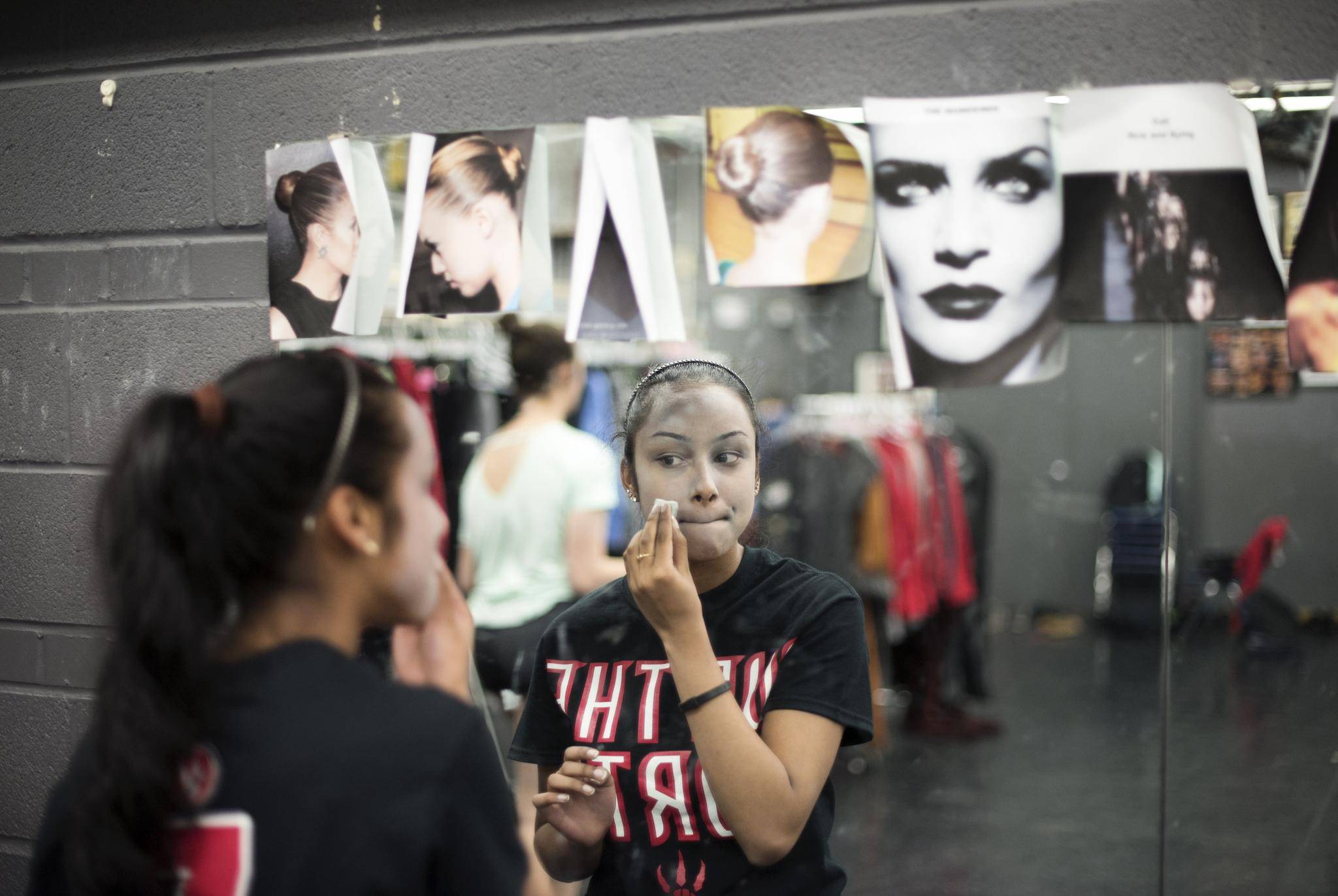 Reiana Ramdeen applies her own makeup before the first dress rehearsal at Lakeshore Collegiate Institute.
Follow J. Kelly Nestruck on Twitter @nestruck
Report an error Editorial code of conduct
Due to technical reasons, we have temporarily removed commenting from our articles. We hope to have this fixed soon. Thank you for your patience. If you are looking to give feedback on our new site, please send it along to feedback@globeandmail.com. If you want to write a letter to the editor, please forward to letters@globeandmail.com.
Comments