In fighting comedic shape after taping the first of his two coming Netflix specials earlier this summer at the Paramount Theatre in Denver, the wryly observational comedian Brian Regan arrives at Massey Hall on Sept. 8. We spoke to the 59-year-old stand-up specialist from the road, where he hits some 100 cities a year.

Fellow comedian Bill Burr called you an absolute master. Are you comfortable with that?

I'm honoured when other comedians like what I do. The word "master" is not a word I'm going to hang my hat on, though. To me, comedy is a craft and I'm trying to figure it out. I'd like to think I've learned a few things over the years, but I'm not done learning.

Do you learn from watching other people?

I learn something every time I walk out on stage. You can't help but be influenced by other people, but I stick to my own path. It's like walking by the produce section in a supermarket and you see all the fruit. But you want to leave it there. It's beautiful and there it is, but it doesn't belong in my basket. I don't even understand my own metaphor.

It will do. Do you watch the Showtime series I'm Dying Up Here?

I haven't seen it. I stick to news and sports mostly. I don't watch a lot of drama or sitcoms. Is that what it is, fictional?

It is, set in the mid-1970s and the comedy-club scene in Los Angeles. It's an ensemble cast, with young comedians trying to make it on The Tonight Show, with Johnny Carson. Did you ever do Carson?

I did, about a year before he retired. It was a dream come true. Every comedian wanted to do Carson. Now, a comedian's goals are all over the place.

Can you walk me through how it went?

Yeah. You're standing behind the curtain and you hear him talking. And he's talking about me. I'd watched this guy since I was a kid and now he's introducing me. So, you walk through the curtain. It's a long walk before you get to your mark. It's only six or seven steps, but it's an eternity.

It must have been surreal.

It was weird. You look to your right and he's sitting at his desk smiling. When you watch something on television, they only show you what they want you to see. When you're there, you see everything. It struck me that I'd never seen Johnny from that angle. All this stuff is going through your head as you're walking up to your mark.

Was it like any other gig once you start your routine?

Well, first, there were two marks. There's Johnny Carson's mark and there's a mark for everyone else. They told me not to step on Johnny Carson's mark. It's like a thing. You just don't do it. So, you're very cognizant of this as you're walking up there.

After your spot, did he invite you back to the couch?

What happened was that Bob Hope was supposed to appear, but he was running late. He was filming a special. So after my five minutes, I walked back through the curtain. It had went well. The producer said to me, "Nice job. Bob Hope's still not here. If he doesn't show up in time, we'd like to put you out on the panel to talk with Johnny."

What were you supposed to talk with him about?

There was no time to set anything up. I was told Johnny would ask me about being from Miami. They wanted me to do five minutes of clean material. I told them, "Sure, I can do that." Then the guy walked away. I looked over at my manager and said, "I had 15 years to work on my first five minutes on Carson. And now I have less than five minutes to work on my second five minutes."

Sure enough, Bob Hope didn't show up and I went out and sat on the panel. It was amazing. He was nice to me. It was life changing.

Was it different doing Letterman?

I was fortunate to do his show 28 times. It was a huge thing for me. As I said, it's nice to have people tip their hat to you. For the Letterman people to tell me I'm good enough to be on their show once or twice a year, you become a player. Even if other people didn't know who I was, David Letterman liked me. You rise in stature, just because of his power. 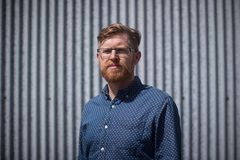 Stratford Festival to stage The Rocky Horror Show as part of 2018 season
August 22, 2017 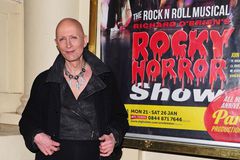 Ontario pledges an extra $4-million for Massey Hall revitalization
August 9, 2017
Follow Brad Wheeler on Twitter @BWheelerglobe
Report an error Editorial code of conduct
Due to technical reasons, we have temporarily removed commenting from our articles. We hope to have this fixed soon. Thank you for your patience. If you are looking to give feedback on our new site, please send it along to feedback@globeandmail.com. If you want to write a letter to the editor, please forward to letters@globeandmail.com.
Comments