Comparisons in the arts are odious. Offensive. An insult to the integrity of aesthetic experience. But here we are with two quite different versions of Handel's Messiah on Toronto stages this season. One by the Toronto Symphony Orchestra, the other by Tafelmusik. The first with a cast of thousands, drenched in 19th-century musical triumphalism; the other the "real" deal, painstakingly authentic, the way Messiah might have been heard in 1742 (minus the raucous crowds and poor heating.) Monster-truck Messiah vs. artisanal-cheese Messiah. How could we resist?

TSO, by a deafening roar: the difference between 135 full-throated members of the Mendelssohn Choir and 35 TSO musicians vs. 24 Tafelmusik choir members and about 20 Tafelmusik orchestral players. You want your Messiah big? Head to Roy Thompson Hall (while dreams of the 1857 London Crystal Palace performance with 2,000 choristers and 500 musicians dance in your head.)

A little more subtle here, because – partly due to the difference in acoustical excellence between Tafelmusik Baroque Orchestra's Koerner Hall and the barn of Roy Thomson Hall, and partly because the musicians were so much closer to the audience – Tafelmusik's Messiah had plenty of sonic presence. Certainly didn't sound one-fourth as loud as the TSO version – at times, in fact, Tafelmusik provided a more focused, powerful sound, despite the human arithmetic.

Tafelmusik, by a clear margin. In keeping with the orchestra's period style, Ivars Taurins took consistently quicker and more exciting tempos than did Nicholas McGegan, the TSO's guest conductor, although there were exceptions (a slower He was Despised and final Chorus). But McGegan kept to pretty quick tempos as well, as he conducted the TSO's non-authentic musicians with many stylistic tricks borrowed from the period guys. Quick tempos, sharp and pointed articulation, a restrained style, basically a hybrid of a performance with the orchestra fixed in the 18th century, and the choir in the 19th – which actually worked surprisingly well.

Tafelmusik again. Hey, you say, that shouldn't be: If the tempos of the sections were faster, the piece should have been shorter. Except that the TSO didn't play the entire Messiah – instead making a series of strategic cuts in the score, with very interesting results, both pro and con. More on that later.

A toss-up. Both men were clearly wrapped up in the spirit of the famous and remarkable music they were conducting. Both were a joy to watch. Although the TSO's McGegan looked like the guy you had just hired to do your taxes, his bouncy, joyous, sly demeanour on the podium was infectious and powerful. And Tafelmusik's Taurins may have the most expressive hands in the business. Both resisted the temptation to coast on the laurels of some of the most familiar music in the Western world, and instead shaped and phrased the piece as though it were the first time they had performed it. The result was two Messiahs full of drama, excitement, and passion, each in its own way.

Really hard to choose, but slight edge to Tafelmusik. Both orchestras provided great ensemble work, lovely tone painting, beautiful sonorities, expressive phrasing. Once again, Tafelmusik's intimacy and fineness of approach may have given them a bit more polish.

Best For Unto Us a Child is Born

Close, but advantage Tafelmusik. Although having 135 people shout out the ecstatic words "And his name shall be called: Wonderful! Counsellor!" was a great TSO experience, Tafelmusik's more nuanced and lovingly phrased version won the goosebumps test. This was the difference between the two choral approaches all night: What the TSO gained in power, Tafelmusik matched in subtlety, clarity and intimacy. One is not better than the other; they created two quite different musical experiences.

Really a matter of taste. The TSO's soloists were more operatic, soaring, given the scale of the performance in which they were involved; Tafelmusik's, more dramatic, intimate, intense. Some disappointments from each set – some triumphs, too.

Toronto Symphony. For two reasons. First, conductor McGegan seemed to have a very clear and pressing conception of the entire ambit of the work, which tells the Christ story from prophesy through birth, crucifixion, resurrection to theological principle. He never let the fine details of any section of the story overwhelm the ongoing narrative. And he made strategic cuts to the work that heightened the dramatic arc, especially leading up to and away from the Hallelujah Chorus (although why he shortened the gorgeous alto aria He was Despised, the emotional centre of the work, is incomprehensible.) The result was a foreshortening of the story that allowed it to rush headlong and powerfully to its final dramatic chorus (although Tafelmusik's final Chorus may have been more intense).

TSO, although both audiences were younger than usual for their respective organizations. A good sign.

TSO. There are some times, authenticity be damned, when you need 135 voices.

Yes, for both. Reluctantly, for both (in waves, by age, basically, with a puzzled, surprised, 'What's happening?' expression on the faces of almost everyone in the audience under 60). 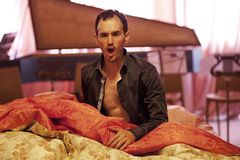 Bisexuality, love triangles and hipsters: This is Handel?
April 30, 2018 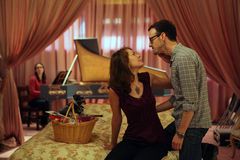