I was in Quebec over the holidays when controversy erupted over a white actor blacking up to play Montreal Canadiens star P.K. Subban in a sketch that was part of Théâtre du Rideau Vert's year-end comedy show, Revue et Corrigée.

That kind of racist portrayal of a hockey player would be huge news in the Rest of Canada, but I didn't run to my computer to file a column, because, well, blackface controversies in Quebec are less shocking than they are depressing. They happen every year or two – usually, annoyingly, when I'm at home visiting my anglo/franco family and trying to have a nice holiday without explaining the history of demeaning performance practices. (Bye Bye, Radio-Canada's end-of-year sketch show, has been a regular offender.)

With the fallout still falling a month on, however, I just can't sit on the sidelines as a parade of Quebec cultural figures, cartoonists and columnists argue that white actors putting on dark makeup to play black characters is somehow not racist or insulting in La Belle Province. Those who defend the perpetuation of this practice as part of what makes the province's culture distinct are doing it in a way that, well, just stinks.

Denise Filiatrault, the 83-year-old acting icon who is artistic director at Rideau Vert, finally gave an interview to La Presse last week after a group called Diversité Artistique Montreal (DAM) released an open letter calling for an end to blackface in Quebec arts and entertainment.

Filiatrault, who had been hitherto silent on the issue, declared that she was "humiliated and outraged" by the controversy – stronger words than any that appeared in DAM's surprisingly restrained open letter.

Even more astonishingly, Filiatrault said she'd ensure there would be no more accusations of blackface levelled at future editions of Revue et Corrigée – by making sure there were no more black characters in the revues.

If for nothing else, Filiatrault's comments are an embarrassment because – well, how could an artist so creatively clueless in representing race, so apparently lacking in imagination, run as distinguished a theatre company as the Rideau Vert? P.K. appeared for 12 seconds in a filmed sketch – and there were many options to include him that would not lead to angry letters and columns. There could have been a cameo by a black comedian, for instance; a Subban mask could have been purchased for the occasion; or the white actor in question might simply have impersonated the great defenceman using his acting skills instead of distastefully echoing Al Jolson – you know, the way Fred Armisen used to impersonate Obama on Saturday Night Live until Jay Pharoah took over?

The best solution, of course, would be for Rideau Vert to have included at least one person of colour in the cast of a popular holiday show dedicated to satirizing the year in a city where 31.7 per cent of the population is a visible minority.

But Filiatrault – whose La Presse interview is not short of jaw-dropping statements – said she couldn't have hired a black actor, because it's not like he could have also played, say, the white mayor of Montreal, Denis Coderre. (I'll let that glaring contradiction just sit there.)

You'd expect Filiatrault's interview, at least, to ignite a storm of condemnation – but, well, nope. It conveniently came in the aftermath of the Charlie Hebdo murders in France at a time when "free speech" is being ostentatiously prioritized over "not gratuitously insulting minorities." Indeed, many Quebec cultural figures, commentators and cartoonists have insisted on linking the two stories – as if a bunch of local artists saying "hey, don't do that please" is comparable to a terrorist attack. Or as if P.K. Subban is comparable to a revered religious fig– well, okay, fair enough, peace be upon No. 76.

Anyway, Serge Chapleau, La Presse's cartoonist, drew a picture of himself in blackface holding up a drawing of the Prophet Mohammed, for instance. And normally sane La Presse columnist Patrick Lagacé wrote a self-congratulatory column shrugging at actors blacking-up – explaining how Quebec doesn't buy into the culture of unthinking outrage that's taken over in the United States and English Canada and prevented papers such as The Globe and Mail from running the Charlie Hebdo cartoons of the Prophet Mohammed. "It's a question of language and culture," he wrote.

But there's where I really get my back up: If not racist, that line from Lagacé's column is exclusionary at the very least. As if Pat Donnelly, long-time theatre reviewer for the Montreal Gazette who first sounded the alarm about blackface P.K.; or Tristan D. Lalla, a black actor born and raised in Montreal who signed the DAM letter; or, for that matter, the dozens of francophones of varying colours who signed the DAM letter, are not a part of Quebec culture.

Look, there's no doubt there are different attitudes to blacking-up in francophone Quebec: When white comedian Mario Jean darkened his skin to imitate black comedian Boucar Diouf on Le Gala les Olivier telecast in 2013, Diouf said it was cool. Likewise, black entertainer Normand Brathwaite has defended his former employer Filiatrault on the radio – and, in fact, insisted that anyone impersonating him in the future do so in black makeup.

That's certainly not something you'd hear from a black artist in the rest of Canada. But here's a little cultural lesson for Filiatrault and Lagacé and even Brathwaite: P.K. Subban is from the ROC – and definitely not a part of Quebec culture as you've chosen to narrowly define it. In Toronto, where P.K. was born and raised, blackface is considered an unsavoury practice due to the racist and disgraceful history of minstrelsy – and any artistic director who made unironic use of it would be run out of town. Whatever your intentions, it summons up all those connotations – and is considered ignorant and disrespectful toward black people, at the very least.

Is this how you treat a guest – a hero – in your town and your province?

There's an old line that "a gentleman never insults anyone unintentionally." The Charlie Hebdo cartoonists fall into this category of gentlemen – they insulted to make a point. With complaints about blackface arising every year like clockwork, Quebec artists who continue this easily avoidable practice can't plead ignorance any more – they now black-up knowing they're going to upset and offend certain people within and without the province. What point, exactly, are they trying to make by not making this most reasonable of accommodations?

Pundit or provocateur? Houellebecq’s new novel is an adventure
January 16, 2015 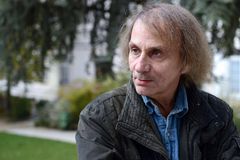 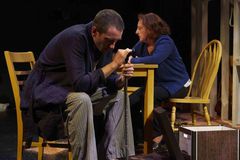