On Wednesday, an Edmonton property development company called Maclab hosted an outdoor party. Guests in dresses and suits drank wine and beer for an hour. When it was time, they filed past buskers eating fire and hipsters eating green onion cakes into an old fire hall to watch a local troupe of seven actors perform Terence Rattigan's heartbreaking The Deep Blue Sea.

Maclab wasn't the only business to use this year's Fringe Festival as a client reward and humanizing social occasion.

What's a green onion cake? It's an Edmonton thing, like the Fringe.

The North American Fringe theatre movement began in that fire hall, now called the Varscona Theatre, during a recession. A producer named Brian Paisley with a $50,000 grant decided to open up the crummy, empty spaces in Old Strathcona to artists. Or people who wanted to be artists. Anyone, really.

In 1982, the Edmonton event – modelled on the famed Edinburgh Fringe – attracted 7,500 theatre-goers, double what organizers had imagined. Last year, almost 750,000 people attended, and 117,000 of them bought tickets to indoor shows.

This year, there are 53 venues. Only a few of them are actual theatres. The rest are bars, churches, stores, schools, Masonic lodges, teahouses and hotels. There's a ghost story on a streetcar that crosses the High Level Bridge. Another is in a shipping container called a sea can. It's about a sea can.

Plenty of cities have Fringe festivals based on the Edmonton model. For the artists, it's much cheaper than in Scotland; the festival here takes care of much of the costs. Even so, a typical Fringe show has become a balance-sheet equation more than an artistic expression. A sold-out solo act that tours the summer Fringe circuit is a lucrative endeavour. It's why some critics dismiss the Fringe: For some performers, it's become a venue for safe half-efforts, a collection of lazy monologues and stand-up acts.

For much of its civic history, Edmonton was isolated. It's not the coldest big city, but it is the farthest north. This encouraged, even forced, invention. Edmontonians had to make their own fun, their own jobs. Canada's largest construction and architecture firms, social ventures such as the food bank, massively successful restaurant chains, a world-beater video-game developer and the finest artisan yo-yo string – these enterprises began as the Fringe did: with a few people, an idea, and a spirit of urban barn-raising that comes from being far away from the great machines of industry and culture.

There are plenty of touring solo acts at this year's Edmonton Fringe, but only a few of them are local. The fringe around the Fringe is a collection of wild, ambitious plays with ensemble casts connected to theatre companies that compete for audiences all year. Many of them are new works written by Edmonton playwrights who are – like the green onion cake – adored primarily by Edmontonians.

Stewart Lemoine, a celebrity in this city, sold out his latest work, The Euphorians, before any reviews showed up on Twitter. It has a cast of six. The festival also features a large musical about former Alberta premier Bible Bill Aberhart. Other shows are about serial killers, dinosaurs. There are probably 30 people in Edmonton's theatrical star system who could have made thousands of dollars each this week by standing on a stage and talking about their funny-sad-triumphant childhoods or family immigration stories. Instead, most of them are involved in actual plays.

Mordecai Richler once called Edmonton "Canada's boiler room." He lived here in the spring of 1984, creating a doomed musical version of The Apprenticeship of Duddy Kravitz for the Citadel Theatre. It premiered before it was ready and died long before it arrived on Broadway. Edmontonians were hurt by the phrase, but Richler wasn't far off. At its best, the city is a workshop, a lab, an unusually good place to try and fail and try again. Not that anything should go to Broadway before it's ready.

Edmonton has a poor reputation, mostly because people who live here don't know how to talk about it. They have a gag reflex about phrases like "world-class." Its sister down the highway has a central theme, a single large industry, and people who keenly fill out "livable city" surveys. During their defining festival, Calgarians go for pancake breakfasts in cowboy hats. Edmonton has green onion cakes, beer and plays about ruined lovers.

But the Fringe, and the spirit of it, is the best expression of what makes Edmonton Edmonton, in the arts and in business. It's a guiding metaphor: Anyone can put on a show. Duddy would like it here these days. Reinventing or saving the fringiness at the heart of the North American Fringe movement, making the artistic impulse as powerful as the economic model, is an Edmonton problem to solve.

The Citadel, Canada's largest regional theatre, is the big lab across the river. Bob Baker, artistic director of the Citadel, and Ken Bautista, chief executive of an entrepreneurial hub called Startup Edmonton, recently launched an initiative called Theatre Edmonton. It is designed to accelerate what the Fringe, at its best, is already doing: building something extraordinary here and, when it's good enough, taking it to the world. 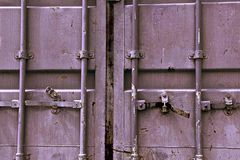 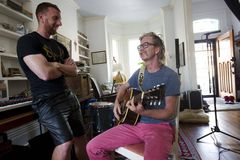 What to see at the Toronto Fringe Theatre Festival
June 27, 2014 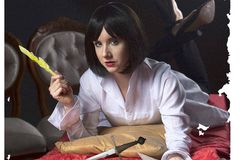 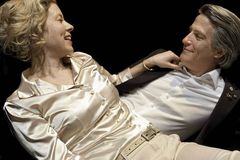