It occurred to me around my fifth show this year: Before Netflix or Napster, there was the Fringe Festival. I think we can only really begin to understand how forward-thinking and disruptive Canada’s unique Fringe circuit has been to theatre now that we’ve seen similar innovations undermine traditional cultural delivery systems on the Internet.

Thirty-two years ago, the first Canadian Fringe was started in Edmonton – and today there are at least 17 official ones across the country (more than any other country in the world), serving every province except Newfoundland and selling hundreds of thousands of tickets every summer.

What these Fringes have in common is this: Participating theatre, dance and comedy shows are selected by lottery instead of being curated with an eye to quality or artistic experience. Anyone who can pay the relatively cheap entrance fee can get a slot.

What the accessible Fringe movement did and continues to do is eliminate the theatrical gatekeepers, whether the artistic directors at the subsidized theatres or the impresarios with the cash to back a commercial run. It blurred the lines between “professional” and “amateur” in live performance and allowed everyone to compete on an equal footing long before digital did the same for journalism or music.

Indeed, in many Canadian cities, “Fringe” has begun to feel as outdated a term as “online publication” or “digital music.” In Edmonton last summer, ticketed Fringe attendance surpassed 117,000. That’s more bums in seats over 11 days than you’ll find at that city’s biggest theatre, the Citadel, over an entire season.

If the Fringe really is the fringe, then where’s the centre? Has a three-decade torrent of low-budget shows of varying quality been good for Canadian theatre as a profession – or has it flooded the market and made a generation (or more) of theatregoers expect unsustainably cheap tickets to live shows? 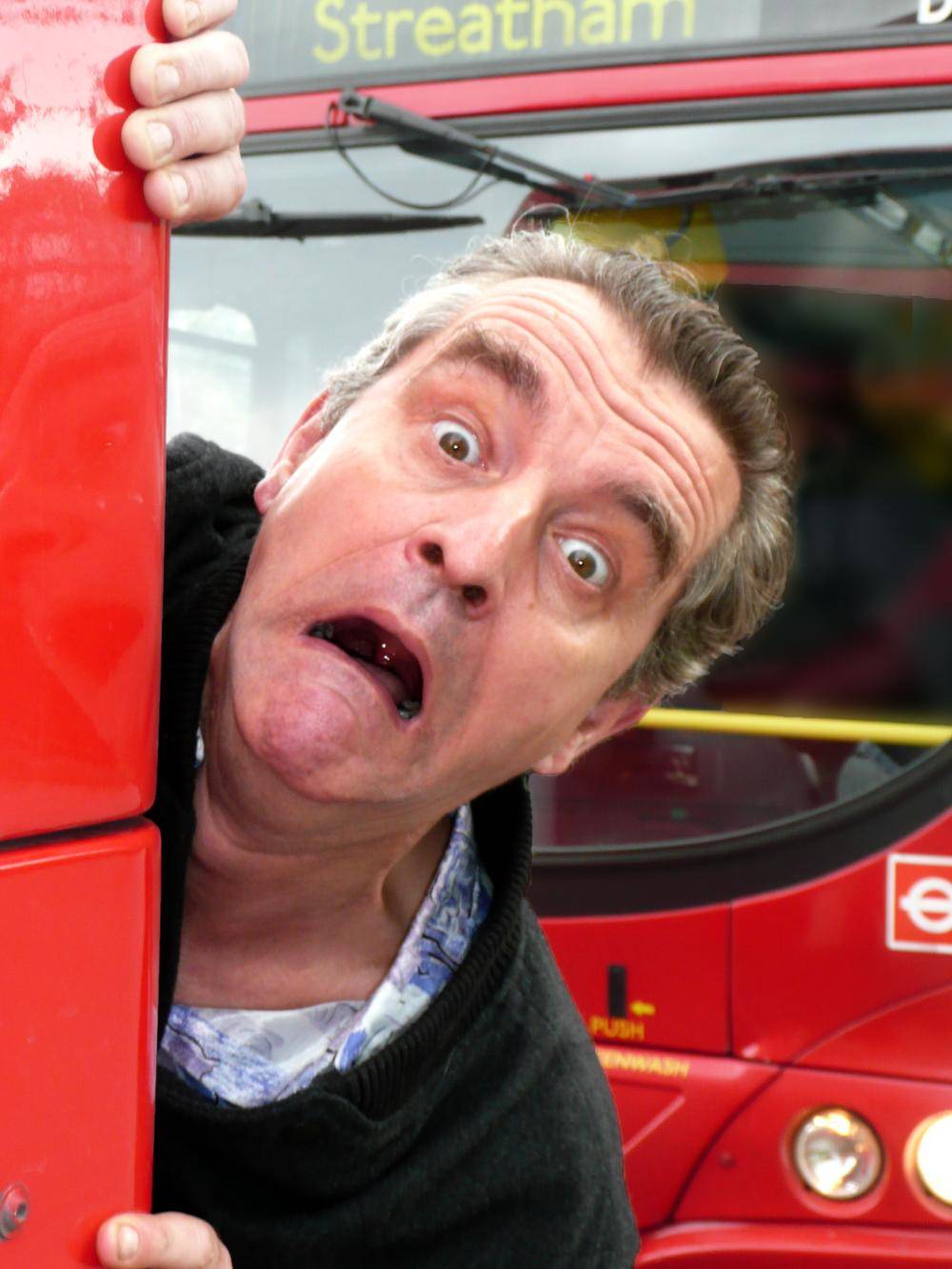 Jem Rolls, a gangly poet who has been touring the circuit for more than a decade, describes Canada’s Fringes as an “FDR version of capitalism” in his new solo show One-Man Traffic Jam (currently at the Toronto Fringe).

Rolls compares this favourably to the granddaddy of all Fringes, the Edinburgh Fringe Festival in Scotland, a true free-for-all with no cap to the number of shows that can be included and therefore the “Genghis Khan version of capitalism.”

Often billed as the “Godfather of Scottish performance poetry,” Rolls – who will tour this summer to Fringes in Winnipeg, Saskatoon, Edmonton, Victoria and Vancouver – is actually from Surrey (U.K., not B.C.) and has an ambiguous accent that allows him to pull off rhymes that would normally be off-limits, such as “failure” with “genitalia.”

One-Man Traffic Jam is an hour-long rant with lengthy digressions in which Rolls rides various buses around London and, squashed in a seething mass of humanity, considers subjects such as evolution. Sweat dripping and spit flying, Rolls’ style lacks subtlety – he steamrolls you with his verse and maintains a constant shout throughout. But he has intensity and the occasional vivid turn of phrase that sticks with you – such as his definition of evolution as “God’s alibi.”

Rolls is the quintessential example of an artist who can thrive and even make something resembling a living on the Fringe, touring cheaply with a solo show that requires little more than a desk and a pair of sunglasses. 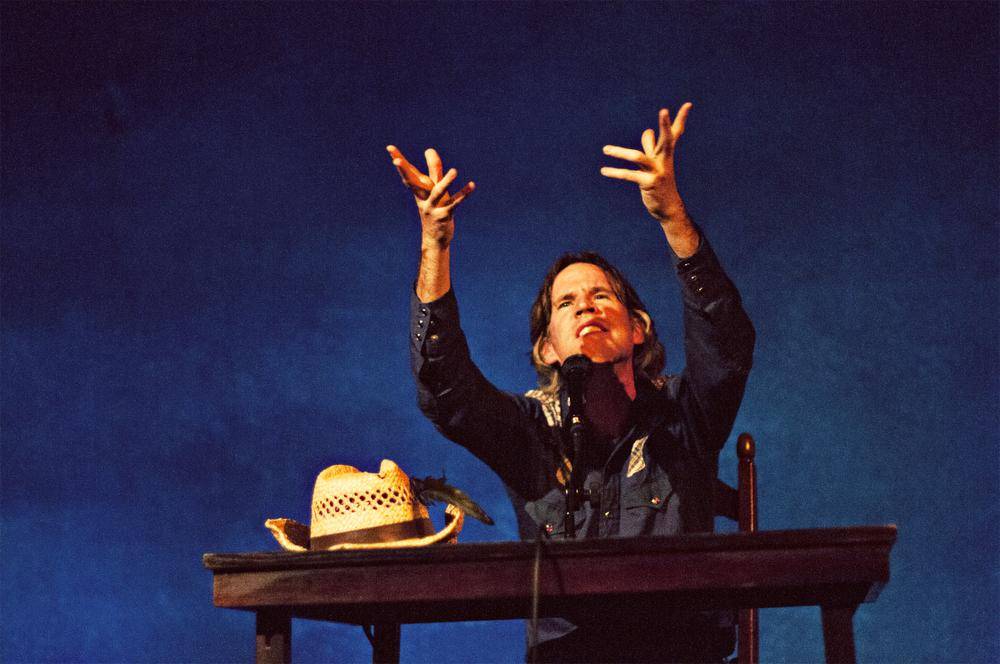 The Dark Fantastic would be fantastic even outside of a Fringe setting. (KHphotographics)

Another performer who has found that sweet spot on the circuit is Martin Dockery, who is based in Brooklyn when he is not on tour. But The Dark Fantastic – Dockery’s show that is currently in Toronto and heads to Calgary, Edmonton and Vancouver next – would be fantastic even outside of a Fringe setting.

Barely lit in front of a monochrome background, Dockery sits at a table with a microphone and tells three surreal stories, rhythmically interwoven over electronic music. His writing may be occasionally clunky on a sentence-by-sentence basis, but the images he conjures gradually astound – such as a vision of Rome actually being built in a day.

The most engrossing section, emphasis on the gross, is told in the second person and tells the story of your life as a sickly child with a strange condition who grows up to become a visual artist in the medium of projectile vomit. I don’t think I’ve ever heard a monologue told through me in this manner; it is disorientingly implicating. 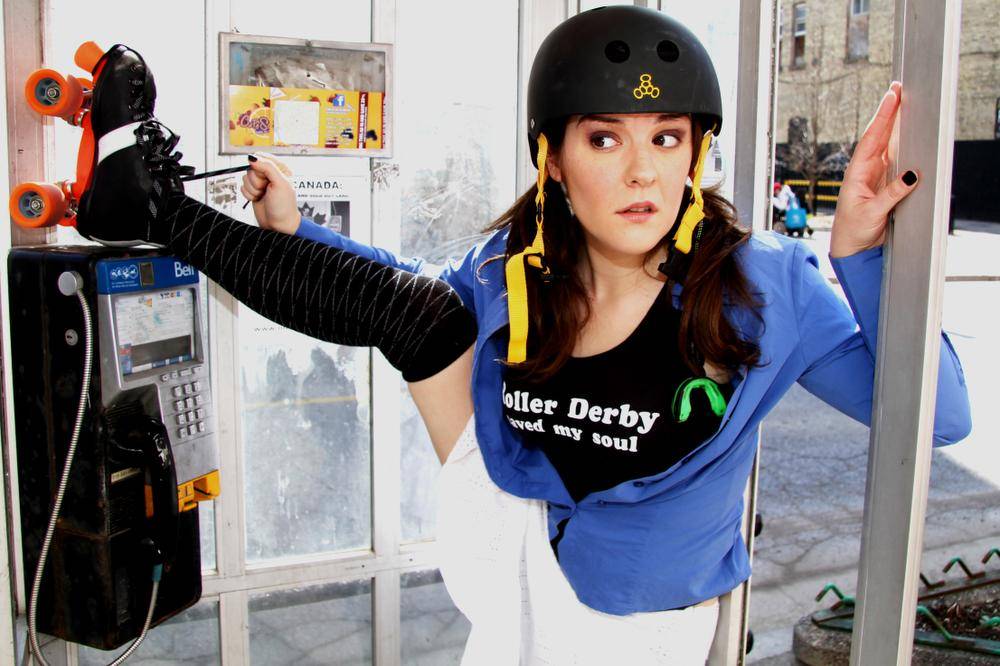 In Roller Derby Saved My Soul Nancy Kenny stars as a shy 30-year-old who discovers her inner superhero after a trip to the roller derby. (Richard Gilmore)

Kenny, who describes herself as a twelve-year veteran of the Fringe scene, plays Amy, a shy 30-year-old obsessed with Buffy the Vampire Slayer, who is dragged out of her apartment to a roller derby game by her sister. There, she discovers her inner superhero. It’s pretty simple (and simplistic) storytelling, comforting and uplifting, but I appreciated how matter of fact it was about Amy’s sexuality.

Still, Roller Derby is the type of Fringe fare that I wish aimed higher – it could use a deeper, less contrived conflict. But in the frame of the Fringe, it is already a success and so there is little need to develop it.

The idea of the Fringe circuit as a place where artists cut their teeth is not really correct any more, if it ever was – at this point, Fringe is just a frame around certain work. You’re as likely to find lifers such as Rolls looking through it as fresh theatre-school graduates, or “pros” who might earn a living wage doing theatre at other times of the year.

Indeed, what I’m seeing is more professionals returning to the Fringe these days, especially in Toronto, than professionals emerging from it; with a few exceptions, that’s how the biggest hits like Kim’s Convenience or The Drowsy Chaperone were born when you strip away the myths about them.

Mostly what happens is what you might see in journalism – where, for example, arts critics lose paid jobs and then write unpaid online as they hope for another paid gig to pop up.

Luckily for theatre artists and audiences, there is public subsidy that helps create a centre for the Fringe to circle.