Daughter: "Mom, you should direct a production of Chekhov's Three Sisters. So who can we persuade in town to hire you to do that?"

Mother: "Nobody, because Vancouver isn't doing the classics any more. So forget it. I'm too old. I'm not self-producing any more. I've done too many co-ops and I can't ask these people who earn their living in the theatre to do this for nothing and put up their own money."

Daughter (reluctant, but still enthusiastic): "I'll produce it. And I know how we can raise the money so it doesn't have to be a co-op."

The conversation, about a year and a half ago, between Vancouver theatre veteran Jane Heyman, 69, and her daughter Jessie Johnston, 31, went something like that. It ended with Johnston – who works in magazine publishing and has never produced a play before – launching a campaign on crowdfunding site Indiegogo. With a goal of $7,000, the project ultimately raised $10,100 online, plus about $4,000 more from individuals (and a $1,500 corporate sponsorship). In all, more than 200 people kicked in – ranging from big names in theatre (Kim Collier, Norman Armour, Roy Surette, Kevin Loring) to distinguished non-theatre types (a B.C. Supreme Court judge, a former Vancouver city councillor) to individuals from as far away as Britain and Australia. The crowdfunding effort meant that the show could go on – and that the actors and other creators wouldn't have to put up their own money to do it.

"Without getting sentimental about it, we feel like we're surrounded by all these circles of people who are all saying we want this to happen. Do it," said Heyman during a break in rehearsals. "We're still taking a risk. There's no guarantee that it'll end up being the show we want it to be. But it's honest work."

While asking around your network to help finance a project (artistic or not) is hardly a new concept, the explosion of online platforms has been a game-changer, democratizing the creation of art, and beyond.

"It's very much a cultural shift," says Jonathan Sandlund, founder of TheCrowdCafe, which provides research and data on the crowdfunding industry. "Crowdfunding gives everybody everywhere through technology the opportunity to raise funding for what they're passionate about."

Kickstarter dominates, and its figures tell the story. Since it launched in April, 2009, Kickstarter (which remains unavailable to creators in Canada) has facilitated more than $500-million (U.S.) in pledges by more than three million people, funding more than 35,000 creative projects. For theatre alone, more than 4,300 projects have launched on the site, with over $14-million (U.S.) pledged.

It's an all-or-nothing proposition: If you don't reach your goal, you don't get any money.

On various crowdfunding sites, money has been raised to finance everything from funerals and alternative cancer treatment to music videos and equipment upgrades for aging independent cinemas. Musician Amanda Palmer raised almost $1.2-million for her record, art book and tour, with an original goal of $100,000; computer game Double Fine Adventure raised $3.3-million; a smartwatch called Pebble raised more than $10-million (all figures U.S.).

Crowdfunding's success has perhaps never been displayed as definitively (or with as much frenzied publicity) as with the cult TV series Veronica Mars. Creator Rob Thomas at first laughed off the idea of using Kickstarter to raise funds for a Veronica Mars feature film. But as of last week, he had raised more than $4-million (U.S.), from more than 60,000 backers.

"It opens the door to possibility; it validates that it can be done, if you just look at the speed of the funding and the scale of funding," says Sandlund, speaking from New York. He adds: "It's not just plain vanilla capital. They're pre-acquiring not just customers, but evangelists. So everyone who funded Veronica Mars is going to be a walking, talking billboard."

While Veronica Mars certainly has implications, Sandlund doesn't see it as a model that will be applied to film projects on a broad scale. Here, there were the right ingredients: a devoted following of the right demographic, a creator and star with major buy-in.

There are downsides to crowdfunding: the potential for disappointment, frequent product delays, creators being snowed under by their obligations to provide contributors with perks – writing, say, hundreds of postcards by fictional characters to thank them. Sandlund is more optimistic about investment-based crowdfunding, in particular for business, where a contributor may see a financial return on investment – rather than having Veronica Mars star Kristen Bell record your outgoing voicemail message (for a $500 pledge).

In Vancouver, Three Sisters contributors have received tickets, signed scripts and posters. Nobody is going to get rich. "Even if we sell out the entire show, no one's getting a big paycheque," says Johnston. "If we sell out, people get 1,000 bucks approximately." That's for four weeks of rehearsal plus a four-week run.

So who is willing to work for potentially nothing for two months? The list is impressive: respected actors such as Bob Frazer; sound designer Patrick Pennefather; costume designer Mara Gottler; lighting designer Itai Erdal; playwright Amiel Gladstone – who wrote a new adaptation of the Chekhov masterpiece while visiting Thailand. Between them, they have more than 110 Jessie Award nominations.

"No wonder we need a Performing Arts Lodge, because people of this calibre working on this show are doing it for nothing," says Heyman, who co-founded Vancouver's PAL. "We've got to change the dialogue about the arts and this city and this province and this country. And maybe this production is one teeny-weeny little step toward doing that. People have to stop talking about grants. It's not about grants. It's not about subsidy. It's about investment."

Three Sisters is at the Vancity Culture Lab at The Cultch in Vancouver, March 30 to April 20. 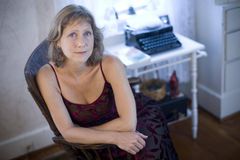 Is social media the answer for Canada's indie filmmakers?
December 8, 2012 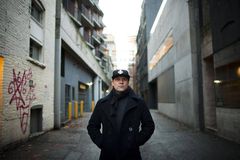 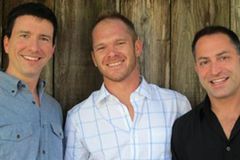 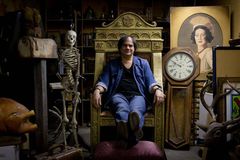