Who needs an opera version of Pink Floyd's The Wall? That was the gist of Roger Waters's dismissive first response to l'Opéra de Montréal's proposal to turn the 1979 album written mostly by him into a stage work for orchestra, soloists and chorus.

Yet, Waters was in the room this past Thursday when OM artistic director Michel Beaulac confirmed that the company will produce Quebec composer Julien Bilodeau's operatic take of The Wall at Place des Arts next season. The 72-year-old rock singer and bassist even said he was moved by the project, which is called Another Brick in the Wall – The Opera, and by what he had heard of the music so far.

What made the difference? How did the company get round his belief that orchestra versions of rock music are, as he said, "generally disastrous?"

"They went straight for the ego," he said with a smile, in an interview after the OM's announcement. "They wrote me a very elegant and flattering letter about why my work is important. It was a very serious approach."

That earned the company an invitation – or was it a dare? – to fly to New York with samples of what they had in mind. "I said: 'Go on, then, do a bit of In the Flesh, a bit of Brick II and a bit of Comfortably Numb, in MIDI [musical instrument digital interface], and play it to me.'"

He was surprised by what he heard, in part because Bilodeau hadn't simply thrown a lot of orchestral harmonies under the tunes.

The composer had integrated melodic material from The Wall into a new free-standing piece, while keeping all the original lyrics, and the album's sequence of songs.

"Julien has nodded gracefully at the work I did all those years ago," Waters said, "but he has also developed it in a sophisticated way that I wouldn't attempt."

The demo sample played at Thursday's event sounded like a solemn choral oratorio. A listener unfamiliar with the Pink Floyd tunes drifting through it might never imagine that the piece originated in a rock album.

OM convened its announcement at the Olympic Stadium, site of a notorious 1977 Pink Floyd concert during which Waters berated members of the audience, one of whom "I famously spat at."

That incident, he said, set him on the process of introspection that ultimately led to the writing of The Wall.

Waters said he hasn't been involved so far in the operatic development of the piece, "but I would like to be. The team is genuinely interested in what I think and feel about it, and if something they do doesn't ring true for me, I know they will take that seriously."

The team also includes stage director Dominic Champagne, with whom Waters said he had discussed other projects over the years; baritone Étienne Dupuis, who will sing the lead role of Pink; and conductor Alain Trudel, who will lead l'Orchestre Métropolitain in the premiere performance on March 11, 2017.

The production is a joint venture with the Society for the Celebration of Montreal's 375th Anniversary.

Beaulac also announced that OM has four other productions on its 2016-17 calendar, including revivals of house productions of Verdi's Aida and Puccini's La Bohéme, a rental production of Mozart's Don Giovanni, and a new OM staging of Poulenc's Dialogues of the Carmelites. 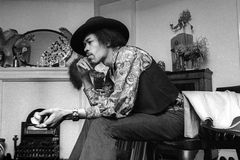 A history of ignorance: 50 diverse artists who should have received Oscar nods – but never did
February 25, 2016 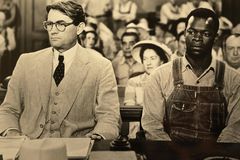 The Marriage of Figaro proves we can love an opera that omits the best bits
February 5, 2016 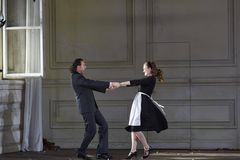