As his mother, Kate McGarrigle, faced her final days in January, 2010, Rufus Wainwright played his latest composition for her at the family piano. But it wasn't a pop song. It was the overture to an opera that at the time was just a gleam in the composer's eye – an opera, based on the life of second-century Roman Emperor Hadrian, whose story had obsessed Wainwright for years.

On Monday, the Canadian Opera Company will announce that that opera – simply titled Hadrian – with a libretto by Canadian playwright Daniel MacIvor will have its world premiere as the opening production of the COC's 2018 mainstage season at the Four Seasons Centre. It will be the first by COC General Director Alexander Neef. And with its celebrity creator and larger-than-life subject matter, it's almost certain to create a stir.

Wainwright, of course, is the gifted Canadian singer/songwriter/musical man about the world who has forged a unique career in mainstream contemporary music as an original, quirky, thinking person's pop star. And he's not new to the world of opera.

Prima Donna, his 2009 debut, which told the story of an aging opera singer attempting to make a comeback, has been presented in Manchester, London, New York, Toronto and around the globe, to reviews that roamed from the enthusiastic ("a love song to opera," wrote The Times of London) to the outraged (The New York Times called it "an ultimately mystifying failure") – the quality of reaction being determined, more or less, by the closeness of the reviewer to the world of classical music.

Neef and Wainwright started talking about Hadrian around the time Wainwright was serenading his mother with the opera's overture in early 2010. They kept talking, off and on, for years, until, earlier this year, Neef was finally ready to commission the piece.

In the end, what attracted him to Hadrian was the power of the story Wainwright wanted to tell. "I talk to a lot of people who want to write an opera," says Neef, whose own résumé includes positions at the Opéra national de Paris and Germany's RuhrTriennale. "But when I ask them what kind of a story we're going to hear, I realize they just don't know; I think that always gets forgotten in contemporary opera. Opera has to be about storytelling – not just the outlines of the plot, but how to make that plot meaningful to a contemporary audience. I feel that Rufus, Daniel and I are on the same page when it comes to the story to be told."

Certainly the story of the Emperor Hadrian has plenty to offer contemporary audiences. Quixotic, domineering and visionary, Hadrian (yes, the guy who built the wall) represented the end of the classical era in Roman history, a fascinating period when the influence of Greek ideas began to predominate in Roman society, changing its political landscape in significant ways.

He was also involved in one of the great romances of the ancient world with his probable lover Antinous, a young Greek man (the "Helen of Troy of the classical world," as Wainwright calls him) who died mysteriously on a voyage to Egypt, and for whom an inconsolably grieving Hadrian initiated a cult, elevating Antinous to the status of a god.

It was the power of Hadrian's story that first attracted MacIvor to the project, when he was approached to be part of the team this past June. "I resisted at first," he admits. "Opera is not a form I'm familiar with, unlike Rufus, who breathes it in and out like air. But then I did some research, and what was amazing to me was the story – which I didn't know at all. And in fact, why I didn't know the story is part of what we'll be dealing with in the opera – why the tale of Hadrian and Antinous is not a model in our culture for the power of love."

McIvor comes to the project as a former Governor-General's Award-winner for drama, a man who has written and directed plays across Canada and abroad, as well as several movies. He was a long-time mainstay of Toronto's Buddies in Bad Times, which bills itself as "the world's longest-running and largest queer theatre," and is currently playwright-in-residence at the city's Tarragon Theatre. But although his theatrical work, by and large, tends toward the minimalist and the intense, and opera is something new for him, a story as big as Wainwright's vision for Hadrian has him intrigued with the excitement of new possibilities.

Wainwright (who with his husband, Jorn Weisbrodt, artistic director of Toronto's Luminato festival, splits his time these days between homes in Toronto and Montauk, on New York's Long Island) actually started thinking about the Hadrian story many years ago – long before he began work on Prima Donna – when he read French writer Marguerite Yourcenar's 1951 novel, Memoirs of Hadrian. But he found its complex tale of ancient power plays, forbidden love and heartbreaking anguish to be daunting. "I wasn't confident enough then in my abilities to navigate all the emotional possibilities the opera demands," he says. "I needed to try something else first. Prima Donna was wonderful in helping me get into the world of opera."

It's not just a change of subject matter that makes Hadrian a significant leap for an artist known by most fans for songs like Cigarettes and Chocolate Milk, and his intensely faithful recreation of Judy Garland's legendary 1961 Carnegie Hall concert: While Prima Donna was something of a chamber piece, with only a handful of characters and an intimate feel, Hadrian is being planned on a much grander scale. "You've got everything," Wainwright and MacIvor say, finishing each other's sentences, "a big chorus, lots of characters, the Nile … all of South Asia actually, a love story … a political story … all the elements of traditional grand opera."

It's precisely that scale that has Wainwright so excited. "It's important to bring back some of that grandeur of opera of the past," he says. "I think in our modern world, among younger audiences especially, there's a hunger for a sort of spectacle that the opera world thinks is no longer relevant." As a result, he maintains, audiences often end up being served "a modern operatic production that is trying to relate to their lives, and they're like, 'I don't want you to sing about my life; I'm here to see something bigger and grander.'."

Far from worrying about the ambitious breadth of Wainwright and MacIvor's imagination, Neef welcomes it: "I need a piece that's scaled to the biggest stage in the country, that will fit into a subscription series that includes, basically, the greatest operatic masterpieces of the past 400 years – that has the power to attract and captivate 14,000 to 15,000 patrons, not be a little niche project you do two or three times in a small venue."

Still, he is hoping to give audiences something they can connect with. "I want to be able to say that you can have confidence that this new piece is going to engage you – it's not going to alienate you. Opera for the last hundred years, basically since Puccini's Turandot in 1926, has tended to disconnect audiences from creators. I want to close that circle.That's something that's very important to me."

Neef can't base his strategic thinking about Hadrian, or any other new opera, on artistic considerations alone. There's money to think about, too – one reason the COC has held off commissioning a new work for so long. Although the company is relatively healthy financially – it played to 90-per-cent-capacity audiences last season, and actually ended the year with a small surplus – it must keep those audience levels high year after year to remain in the black. That's hard with any opera considered "modern," especially one that's brand new.

And new productions aren't cheap: It's possible to spend anywhere from a million dollars to twice that to mount an opera from scratch. That's one reason the COC co-operates with other companies on so many of its productions – and why it is looking for co-producers for Hadrian. Neef isn't commissioning Hadrian to necessarily reap a financial windfall; he's taking a financial risk. But it's a calculated one.

And to the inevitable criticism he will face for having passed over more traditional Canadian composers to give a pop musician the COC's first commission in almost 15 years, Neef says simply, "It's also a risk we have to take." He notes that he has spoken to many writers and composers in recent years, and continues to do so. But, he adds, "I've always deplored the useless and misguided kind of musical nationalism. In the end, it's about creating good work.

"We should definitely be a window for all great Canadian operatic artists. But it's a lot harder to create a new piece than to hire a fine Canadian singer or director or stage designer. To just commission something and hope it will work is to do a disservice to the art and the artists. I might be a bit slow in getting there, but once I have confidence in a project, I have confidence in it."

In the five years leading up to Hadrian's premiere, meanwhile, the COC can't help but benefit from the worldwide interest that will no doubt accompany news of Wainwright's second opera – as a project given impetus by a musical good-bye to his mother inches ever closer to reality.

Editor's note: An earlier version of this article incorrectly said Hadrian would be the first COC commission since 1999. In fact, Richard Bradshaw, then general director, commissioned two other full-length operas for the COC after 1999, neither of which has been performed. 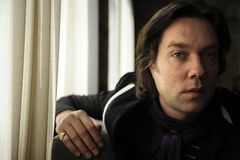 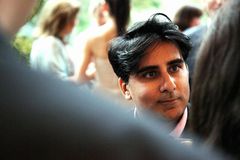 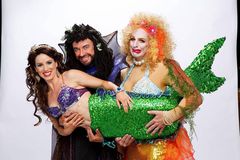