It's almost certain that Shakespeare in the Rough, a beloved theatre company that mounted the Bard's plays in east-end Withrow Park, was responsible for Brendan McMurtry-Howlett becoming an actor. "It had meant so much to me as a kid," said Mr. McMurtry-Howlett. "To have a professional company five minutes up the hill, it didn't have to be this big ordeal to see a play. It could be a decision after dinner."

So it was a shock to him, upon returning home in 2009 after graduating from Montreal's National Theatre School, to find the Shakespeare in the Rough gone – victim of a few poorly-timed hiccups in its administration and funding – and his mom selling his childhood home.

But the young Riverdalian could not be so easily displaced. This week, Mr. McMurtry-Howlett, 25, finds himself once again in Withrow Park, this time delighting in a performance of The Two Gentlemen of Verona – a performance that wouldn't have happened without his own tenacity.

As residents reclined on blankets and folding chairs this past Wednesday for the company's new adaptation of the early Shakespeare comedy, they were watching the realization of Mr. Murtry-Howlett's vision. His company, called Shakespeare in the Ruff, is obviously a tribute to the defunct company that inspired him, but it differs from its predecessor in its new edge, its funding model, and its community-driven mandate.

"I want to make sure we're growing out of the soil of the community instead of parachuting in," he said, explaining that, having grown up in the neighbourhood, he understands the unique diversity of Toronto's east end and the value in bringing that diversity together with Shakespeare in the Ruff's pay-what-you-can lineup of entertainment, including their nightly outdoor performances and a local music series.

"There's starting to be a realization in the theatre community that we need to strive to connect to communities more, and I think summer outdoor theatre is a great way to do that. To take theatre out of traditional spaces that are not always the most welcoming place for people who haven't grown up going to theatre is a great sort of gateway drug," he said. By the end of Wednesday's dress rehearsal, that drug was already in effect, as a patchwork group of dog walkers, bikers, and evening strollers came together to watch.

As Mr. McMurtry-Howlett and his Shakespeare in the Ruff partners become Riverdale's newest play-pushers, giving workshops at local community centres and mentoring high school protégés in their Young Ruffians program, they're also using their ties to the neighbourhood to support their shoestring budget. Local businesses like Broadview Espresso and Combine Eatery have provided space and food. The company has sought donations at the local Farmer's Market. They've sourced their canine performers from the neighbourhood. Residents have even invited the young company into their living rooms for "Serving Shakespeare" micro-fundraisers. "People say 'Oh, you're finally back. We've been wondering where you've been these past six years,'" he said. Shakespeare in the Ruff is forgoing the traditional funding model of eking out government grants, following the premise that that their reputation within the community means much more to residents than their fresh resumes would to granting agencies.

But while the two former artistic directors of Shakespeare in the Rough, Kevin Hammond and Sanjay Talwar, as well as the accomplished actor Diane D'Aquila are on hand to give the self-admittedly starry-eyed novice guidance, Mr. McMurtry-Howlett says Shakespeare in the Ruff was a venture into the unknown. And his youth not only allows him to risk his finances and hours of sleep on the project, but to take bold artistic decisions too, such as creating an entirely new ending for The Two Gentlemen of Verona to better reflect modern society and female roles.

"For me, this has been such a lesson in the value of community. It's been a humble process of asking for support, and we've been overwhelmed by what we've received," he said. "This neighbourhood is more than just that house. Just because I don't have that anchor anymore, doesn't mean that I'm not connected here."

Behold Shakespeare, as a 1591 Londoner 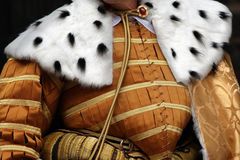 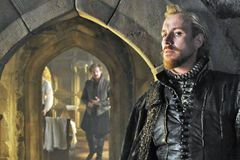 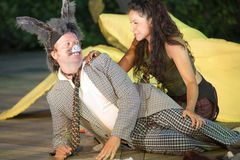