The British arts community is all in a lather this week after a prominent actress made the mistake of saying white people invented theatre. Dame Janet Suzman, a well known classical actress of South African extraction, was asked by The Guardian how British theatre could attract more diverse audiences. She expressed some frustration on the whiteness of audiences but had few solutions to offer, suggesting theatre was in their DNA while the black community simply did not show up to participate in something that was not its culture. After all, she said, "Theatre is a white invention, a European invention, and white people go to it. It's in their DNA. It starts with Shakespeare," before adding that tragedy specifically was an invention of the Greeks.

Hundreds of outraged comments later plus a dressing-down from Booker-winning novelist Ben Okri, Suzman said her remarks were taken out of the context of a larger conversation she had with a journalist over the phone in a noisy corridor. Those were circumstances, she suggested, under which she could hardly be expected to review the history of world theatre. She stood by her observation that only white people go to the theatre in London.

Nonetheless, her shorthand isn't acceptable: You can say the ancient Greeks invented the form of tragedy that is practised to this day in Western theatre, but you can hardly say it all started with Shakespeare (and to do so suggests you don't see that a narrow focus on a canonized Shakespeare is part of the problem). To say the kind of theatre performed in the West End (which is what she believed she was talking about) is one invented by white people is one thing, to say white people invented theatre ignores a whole host of other storytelling and performance traditions from Kabuki to Indian dance.

However, Suzman was particularly disheartening in her comments partly, it seems, because she was frustrated that a South African play in which she recently appeared in London, alongside a young black actor, drew an all-white audience.The understandable outrage over her remarks has tended to obscure the debate she was awkwardly contributing to: She was being asked to respond to comments by the popular British comedian and actress Meera Syal that British theatre needed more offerings for South Asians, suggesting producers were missing an obvious market. Syal said that while South Asians were open to entertainment about any group, they would be particularly engaged by shows about their own communities.

Suzman objected to the notion that theatre should "cater" to any one community, pointing out it rather depended who was writing the plays. Indeed, in Canada, where the casts, if not the audiences, are markedly less diverse than in Britain, that approach is sometimes dubbed the ethnic smorgasbord. "You have the dim sum slot, the curry slot," says Nina Lee Aquino, the Filipina-Canadian who was recently appointed artistic director at Factory Theatre in Toronto. The problem, of course, is that after the drama about a South Asian or Chinese-Canadian immigrant family is over, the targeted community seldom returns.

Aquino thinks the way for theatres to attract more "brown people" – that is the term she prefers to describe a grab bag of groups including aboriginal people – is to put more brown people on stage. She is much less convinced by Suzman's point that you might see more South Asians in theatres if more South Asians wrote plays. In Toronto, she doesn't buy the argument that second generation Canadians might not participate in the theatre because their immigrant parents insist they become doctors and lawyers. She thinks in an age marked by globalization, technology and social media, the children of immigrants are no longer willing to be buttonholed into certain professions.

Still, while Canadian theatres all recognize they need to attract more diverse audiences – how else are they going to find new audiences? – it's going to be a long project. Look at the efforts under way at the Gateway Theatre in Richmond, B.C. There artistic director Jovanni Sy offers a season of standards such as the current production of Crazy For You, but last summer he also programmed a festival of Cantonese-language contemporary theatre from Hong Kong. More than 2,000 people showed up for 12 performances; most of them were Chinese-Canadian, but some of them were white spectators who came because they are interested in international theatre and the shows were all subtitled. Next September, Sy hopes to add a Mandarin-language show from mainland China or Taiwan to the mix, and he does think he sees a few more Chinese faces in his regular subscription audience. Ultimately, he hopes he will program a Cantonese or Mandarin play written by a Canadian – and that his festival and subscription audiences will simply merge into one.

Sy describes the Hong Kong theatre as a kind of hybrid that takes a Western form but also shows strong influences of Chinese traditions such as Peking opera – which wasn't invented by white people.

Kate Taylor: Why we should kick celebrities off Kickstarter
May 12, 2018 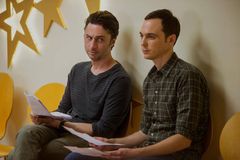 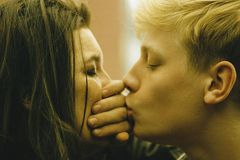 When it comes to arts funding, can corporate dollars replace government grants?
May 12, 2018