Without passion and perseverance, Colm Wilkinson could have easily wound up a factory worker in Dublin, which would have been a real tragedy for musical theatre world. (The lead in the Les Misèrables musical was written for him.) In the new Les Mis movie (out this week on DVD), Wilkinson plays a smaller role, but for musical junkies, he will always be the one and only Jean Valjean. Here with, the adopted-Torontonian's secrets for success.

Luck is something you work for

I don't know whether it was John Ford or Henry Ford who said it's amazing how the harder you work, the luckier you get. Success doesn't just happen. Somebody said to me a long time ago, 'Colm, it's not called show business just for nothing.' It's all right being artistic and creative, but you must learn the business, and that is more important now than ever. Contracts, knowing how to position yourself, all of the different platforms. The Internet has become a big, big part. Eighty per cent of my time is spent on paperwork, hiring musicians, putting bands together, setting up concerts and 20 per cent is spent on the music. That's the part that you really enjoy, but you can't afford to spend 80 per cent on your music, otherwise it's not going to happen.

I grew up in a very musical family, but music was not encouraged as a career. It was a hobby. My father was a contractor in Dublin. He owned a factory and the plan was that my brother and I would take it over. I worked for my father, but of course I had a passion for music, so I was always out playing gigs on the road and coming home really late. Eventually, I had to make a choice. I have made a career out of my hobby, which is an incredibly fortunate position to be in, but you have to have the passion. Even today, I will go down to the studio and start singing for what I think is 10 minutes and I look at the clock and it's been two hours. I'm not saying it's getting any easier, but I still have this absolute love for what I do.

The wisdom of the wagon

The saying is that your body is your instrument. I used to think that was absolutely baloney, but I now realize that you're only as good as you feel and if you feel bad, the work is bad. You have to take care of yourself. I don't mean fanatically, but proper diet, proper rest, exercise. One of the best decisions I made was to stop drinking and smoking very early on. I learned pretty quickly that that lifestyle did not encourage a long career. I remember I was doing Jesus Christ Superstar in London in the early 70s and friends of mine had come over from Dublin and they're knocking on the stage door after the show saying, "Colm, come on – let's go for a drink." I knew that if I went with them I wouldn't be able to do my job the next day.

There is no such thing as a surefire hit

In my business there is no formula for success. You might think a certain show is going to be a winner and the producers are sure it's going to be big, but then for whatever reason it just doesn't work. Or look at Les Mis, which was absolutely hated by critics when it first came out in London. Cameron Mackintosh was actually going to pull it, but then the audiences started speaking with their feet. People asked me, 'Did you know it was going to be a success?' and the answer is no. You never know. I did know that it was something special, but it was quite serious and spiritual, and what was happening on stage at London and New York at that time was not that.

If it's really good, it doesn't get old

People say 'How do you sing the Phantom 1,700 times?' 'How did you do Les Misérable for three and a half years?' Because it's good material. If you have good material to work with, you can hack it. Good material keeps you motivated and it keeps you going. It regenerates you.

Never copy when you can create

I didn't give Hugh Jackman any advice before he played Valjean [in the Les Misérable movie]. I wouldn't presume to give anyone advice on singing since it has so much to do with a person's specific voice and physical build. We did have a conversation, though. He said he would love to get any thoughts I had on the role and what I said to him was, 'Do it your way. Do it the way you see Valjean, the way you feel him. Don't try to copy me or anyone else.' Musically, there is a lot of freedom in that part, and a lot of opportunities to make it your own, which Hugh did.

Jean Valjean shows us how people can change their lives and overcome adversity. Where you start off is not where you need to end up. In the musical, the path is spiritual, but it doesn't have to be. When I was doing the show, I got a lot of letters from convicts who said how inspired they were. That if this guy can change his life, maybe they could, too. 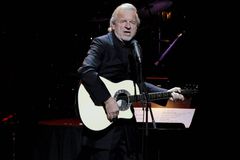 Film Review
Les Misérables: Unsubtly straight from the heart – and the tonsils
December 21, 2012 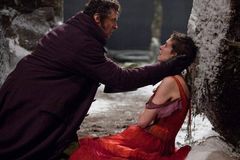