Growing up in Cardenas, a small city in the Matanzas province of Cuba, Daileidys Carrazana wanted to be a synchronized swimmer. But she came up against a recurring problem: The community pool had no water – no small irony on an island with nearly 6,000 kilometres of Caribbean coast. So Carrazana decided to pursue a discipline that had no shortage of government funding: ballet.

When Fidel Castro took over the country in 1959, he gave a huge sum of money to famed Cuban ballerina Alicia Alonso, head of the Ballet Nacional de Cuba, to set up a ballet school. Part of the revolution's mandate was to bring art to the masses, and the funding enabled a wide-scale recruitment campaign. Children from all corners of the country were picked out of classrooms and orphanages and taken to Havana for eight years of free intensive training. It's a policy that has made great ballet dancers one of communist Cuba's most prestigious exports; people such as Carlos Acosta, Jose Manuel Carreno and Yat-Sen Chang have become principal dancers in the best companies around the world.

Under the leadership of Alonso, who's now 93 and still at the helm, Ballet Nacional de Cuba toured extensively throughout South America and Europe. The company built today's reputation for the high calibre of Cuban ballet.

"I can walk into a studio and recognize a Cuban-trained dancer immediately," says Lourdes Hernandez, who danced with the company for 15 years and now teaches ballet at Ryerson University in Toronto. "It's the perfect execution of technique, but infused with the heat of our climate. You can feel the temper of a Cuban dancer."

Modern dance has had a rockier history in the country. Danza Contemporanea, the national modern-dance company founded the year of the revolution and funded by the state, has never received the same acclaim. When the company first toured the U.S. in 2011, critics were impressed with the dancers' technical ability – they're all state-trained – but found the choreography simplistic and light. In her recent New Yorker article on the changing state of Cuban dance, Joan Acocella reminds us it was classical dance, with its high lifts and swelling scores, that was used to galvanize the socialist spirit. "Modernism was apparently not to Castro's taste any more than it was to Stalin's."

But things are starting to change in Cuba, not least because of the thawing of relations with the United States. And with Raul Castro's economic reforms, it's easier for small businesses to take off on their own feet, paving the way for an independent dance-company model – the kind with eight to 12 dancers and the bare bones of administration – similar to many that we have in Canada.

Malpaso Dance begins at this new juncture of Cuba's story. After graduating from the Cuban National Ballet School in 2003, Carrazana felt drawn toward more contemporary forms. She joined Danza Contemporanea, where she met Osnel Delgado, a dancer from Havana who wanted to develop as a choreographer. In 2011, the two of them left the company and, in 2013, they fulfilled a long-standing dream by founding Malpaso. The name translates as "missteps" and refers to friends' warnings that the initiative was foolhardy, that private funding would never be adequate. But just over two years after the company's founding, they have toured the U.S. twice – a significant logistical feat for any Cuban company. Their performance at Luminato marks their first appearance in Canada.

When I speak to Delgado by phone (via translator) from Malpaso's rehearsal studio in Havana, he tells me he's trying to find his own voice inside the concept of Cuban dance, melding a contemporary vision with aspects of the country's Caribbean tradition. "Collaboration is an essential part of the project – both internal collaboration with the dancers and collaboration with international choreographers."

The program they're presenting at Luminato features Delgado's own work and pieces by two American choreographers, Ronald  K. Brown and Trey McIntyre. Brown's piece, Porque Sigues (Why You Follow) is the outcome of an initiative between New York's Joyce Theater and the Ludwig Foundation – a non-governmental, non-profit organization in Havana that promotes international exchange for Cuban artists. Brown, who has his own New York-based dance company called Evidence, travelled to Cuba and selected Malpaso over 12 other young companies for the program. Trey McIntyre, whose Under Fire will be presented on the Thursday program, is an internationally noted choreographer. The likes of the Stuttgart Ballet and the American Ballet Theatre have performed his pieces.

Despite these exciting commissions, Carranza tells me it's Delgado's 24 Hours and a Dog – about a full day of life in Havana – that she likes dancing best. "It's challenging and beautiful – the choreography requires alertness and presence." She adds it's particularly exciting to perform to the accompaniment of Grammy award-winning musician Arturo O'Farrill. "In Cuba, it isn't common to have live music for modern dance," she says.

When I ask whether they can feel the impact of U.S. President Barack Obama's easing of the embargo, Delgado tells me it has yet to affect their day-to-day life. Mornings still begin with a full-company ballet class in the Sephardic Jewish community centre where their studios are based. In keeping with the Cuban spirit of arts-for-everyone, Malpaso frequently hosts workshops and rehearsals that are open to the community. After Luminato, the company will perform at the renowned Jacob's Pillow Dance Festival in Massachusetts, then at The Yard, a performance centre in Martha's Vineyard. When they aren't dancing, the 10 company members take on a variety of other responsibilities, ranging from fundraising to administration.

"Everyone pitches in," Delgado says. "Malpaso depends on co-operation."

Whatever change comes to Cuba, let's hope this camaraderie endures.

Editor's note: Ronald  K. Brown was misidentified in the original version of this article. 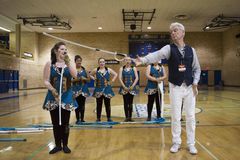 Social-media uproar over rumours of ‘Exhibit B’ installation coming to Luminato
April 9, 2015 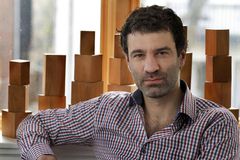 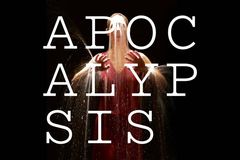 Follow Martha Schabas on Twitter @marthaschabas
Report an error
Due to technical reasons, we have temporarily removed commenting from our articles. We hope to have this fixed soon. Thank you for your patience. If you are looking to give feedback on our new site, please send it along to feedback@globeandmail.com. If you want to write a letter to the editor, please forward to letters@globeandmail.com.
Comments