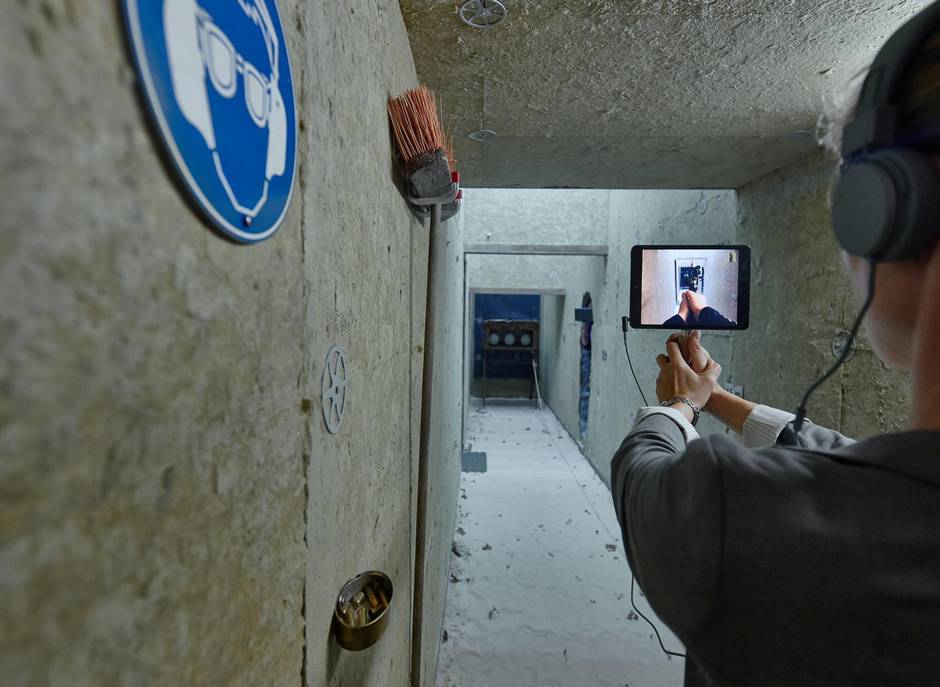 Last Friday afternoon, Stefan Kaegi stood on the edge of the set for Situation Rooms, an award-winning piece that is equal parts documentary film, video game and participatory theatre, and offered an apology of sorts to Jorn Weisbrodt, the artistic director of Toronto’s Luminato Festival, where the piece is now in the midst of a sold-out run.

“This is the most boring show you can get, from the outside,” he explained to Weisbrodt, who had fallen for the piece after its German premiere in 2014.

“Whenever I go and see shows of mine, you feel the audience vibration – but look at this, it looks ridiculous,” said Kaegi, one of three members of the Berlin-based theatre collective Rimini Protokoll, which specializes in pieces such as Situation Rooms, whose content is rooted in documentary and which often push the boundaries of the art form. (His partners are Helgard Haug and Daniel Wetzel.) He paused a moment and nodded at a scene he could glimpse through a filigreed outer wall, as one audience member helped another put on a flak jacket. “But there is something quite beautiful always, to observe. Young people helping out older people.”

When people say that a work of art allowed them to step into someone else’s shoes, they usually mean it metaphorically. But in Situation Rooms, audience members actually walk in the same place, perform the same actions and even sometimes wear the same clothes as a series of real-life people. 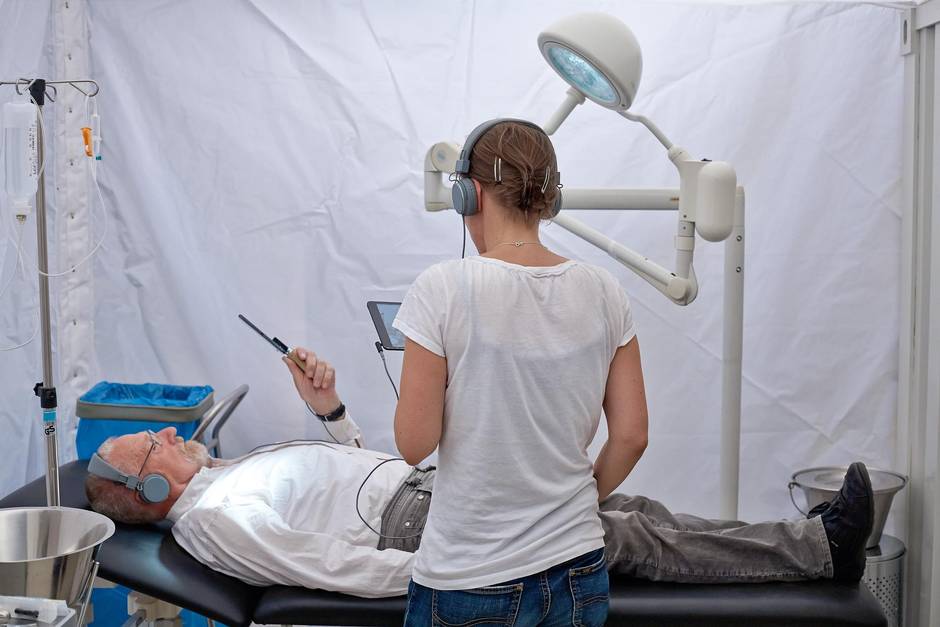 Situation Rooms allows audience members to walk in the same place, perform the same actions and even sometimes wear the same clothes as a series of real-life people.

Over the course of 70 minutes, audience members holding iPad minis and wearing headphones are led through a series of spaces, listening to and sometimes catching glimpses of 10 people whose lives have been touched by the international arms trade: a former Congolese child soldier, a Pakistani lawyer who acts on behalf of those killed by drone strikes, a hacker, a defence systems manager, an ex-killer for a Mexican drug cartel, a Sudanese father whose family made a perilous journey to Europe after being kicked out of Libya and others. (There are 20 stories in all; each audience member experiences 10 in a single go ’round.)

All of the real people filmed themselves simultaneously, telling their stories while in the same series of rooms that serves as the travelling theatre set.

It sounds more complicated than it is, but that’s partly because the piece merges so many forms: At one point, you may find yourself watching and listening to the Sudanese man’s wife as she sits on a small grey couch; the couch itself – empty – is just beyond the iPad in your hands. It feels like something approaching augmented reality.

Or is it something else? Kaegi notes that Situation Rooms may even have a stronger claim to three-dimensionality than 3-D filmmaking. “With 3-D, they make you sit in a cinema with goggles on your nose, but it’s not really 3-D because you can’t really touch it, it’s just an illusion for the two eyes. And here it really is 3-D. Here, what you see is real – or at least has something to do with reality.” 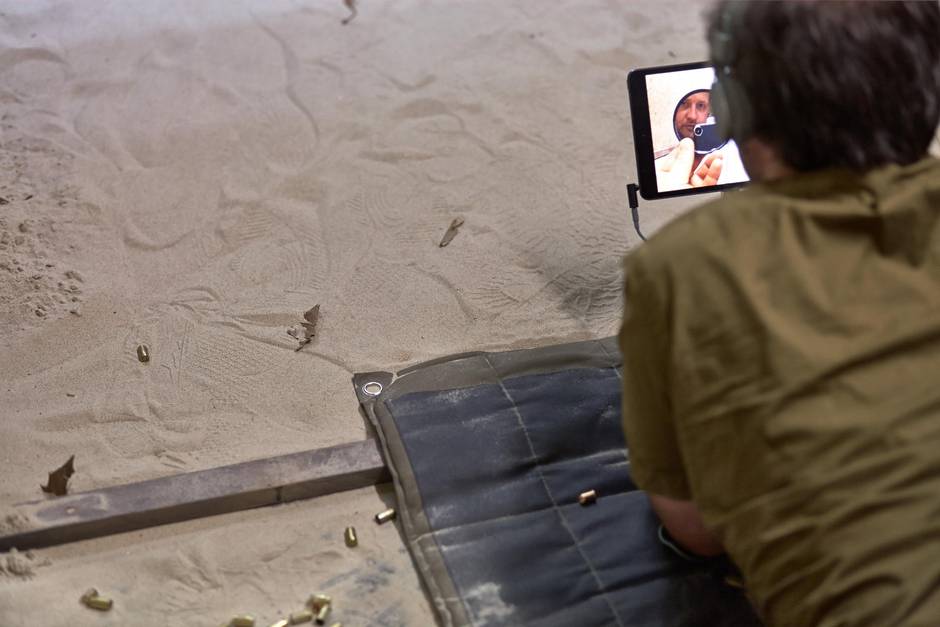 Audience members holding iPad minis and wearing headphones are taken through the stories of 10 people whose lives have been touched by the international arms trade.

Rimini Protokoll was last at Luminato in 2010 with Best Before, a theatre piece which equipped audience members with video-game controllers and unfolded according to their choices. Other recent pieces include 100 Per Cent City, which sought to put onstage in different cities (Berlin, Sao Paolo, Melbourne) 100 people who represented the demographic makeup of that place; a stage-based investigation of Hitler’s incendiary biography Mein Kampf; and Truck Tracks Ruhr, a bus that has been reconfigured for bleachers-style sideways seating in which audience members gaze out at the landscape of Germany’s Ruhr region through a floor-to-ceiling glass wall, and every so often are treated to a short film on a screen covering the windows.

Kaegi admits he doesn’t have much patience for traditional theatre – though he does like being forced to turn off his mobile phone for two hours. He gets no pleasure from what he calls “the narcissism of craft that often plays a big role” in the appreciation of theatre – “when somebody’s a ‘good’ actor. I’m very bad in getting a benefit of ‘good acting’ or of ‘virtuous dancing,’ ” he says. “That makes me feel a bit like in the Olympic Games, where you see the fastest, or the highest, jumper.” 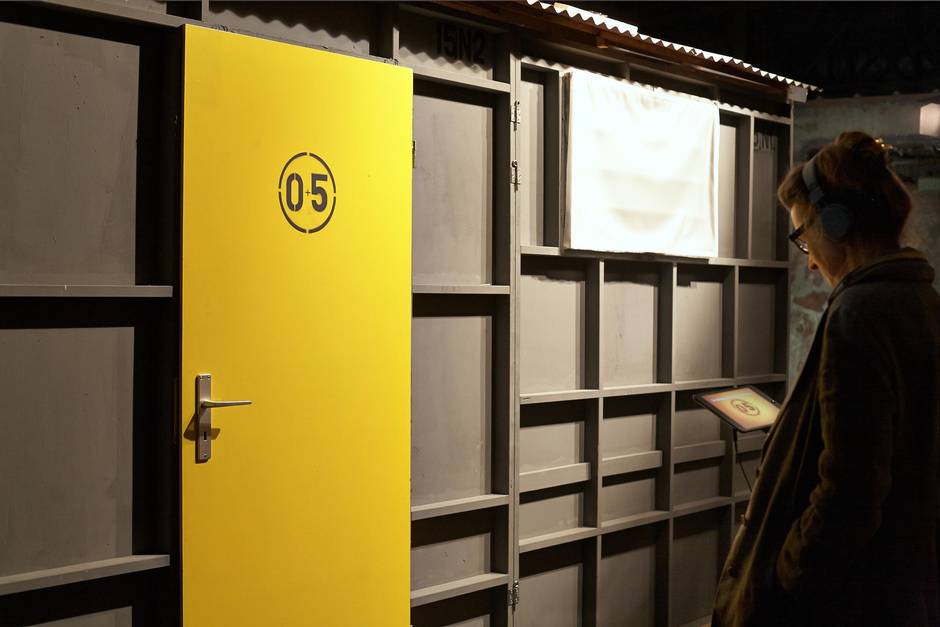 Situation Rooms was inspired in part by the iconic May, 2011, photograph of Barack Obama and his advisers watching the assassination of Osama bin Laden.

Those traditional forms also lend themselves to linear storytelling, whereas Rimini Protokoll’s work tends to operate more like a matrix. (The script for Situation Rooms, Kaegi says, looks something like an Excel spreadsheet.) Situation Rooms, after all, was inspired in part by the iconic photograph of the White House Situation Room taken in May, 2011, as U.S. President Barack Obama and his advisers watched the assassination of Osama bin Laden unfold halfway across the world.

Rimini Protokoll is challenging notions of the single “situation room, where you would have everything under control,” and instead is offering up more than a dozen such rooms “where you actually realize the perspectives are very different: When you look at it as a doctor, you have a different reading of the situation than somebody who has a business interest in the region, or somebody who has a political interest in developing the voters’ group of people who are against weapons – to, again, the people that want Germany to take a more important role in foreign politics, and so on and so on.

“So, each discourse in itself might be coherent, but the whole picture – if you ever get to see that – kind of becomes highly artificial and incoherent and crude to the world.”

Situation Rooms runs until June 26 at Luminato in Toronto (luminatofestival.com).