My first introduction to Hiroaki Umeda was at the 2009 Spoleto Festival USA in Charleston, S.C. His performance, which merged dance with technology, was astonishing – physically, visually and aurally. A complete assault on the senses.

Canadian Stage artistic director Matthew Jocelyn, who has brought Umeda to Toronto as part of Spotlight Japan, a festival featuring the cutting edge of Japanese artistry, shares my passion. He describes the Umeda experience as watching a huge physical presence on stage. "What sets him apart," he adds, "is that Umeda creates every aspect of the production himself, and in doing so, he envisions a larger spectrum of what the boundaries of performance can be. He is an absolute original."

Umeda, currently on a 10-city North American tour, studied photography at Japan's Nihon University, and did not venture into dance until he was 20. "I was looking for an art form that would let me live inside the creation," says Umeda, now 35. "Photography was too distant. I needed to be feeling with my body."

He began by studying classical ballet and hip hop, but quit after one year. "The lessons were different from what I expected," he explains, "so I started to do my own training. I already had an idea of a dance I wanted to do, but no dance style seemed to fit into my vision."

So Umeda developed his own system of movement, which he describes as being very basic, revolving around balance, muscle control, relaxation and walking. He says he started to use technology because he didn't have the money to hire people to collaborate with him. "I already had a computer, which became my tool of creation."

He now calls himself "pluridisciplinary" – he's the choreographer and dancer, and also the sound, image and lighting designer. The brilliance of his performance art is how all these elements come together.

After improvising for a couple of years, he entered the work titled "while going to a condition" in a choreography competition in Tokyo in 2002. That was one of the pieces I saw at Spoleto. It was as if a series of electric shocks had invaded Umeda. He moved his hips first, and slowly added muscle isolations throughout his body. Behind him, the projection screen reacted like a meter reading with corresponding bursts of electricity (represented by graph lines) matching the intensity of his moves. The sound resembled electrical static underscored by a thudding heartbeat. "I'm interested in how a body changes space, and how sound and lighting change a body. Perception is the focus. I want to transmit sensations to the audience," he says.

The artistic director of Rencontres chorégraphiques internationales de Seine-Saint-Denis, a festival devoted to emerging dance artists, saw the Tokyo performance and brought Umeda to France. By 2003, he was a darling of the festival circuit around the world; he tours so much, he spends only three months a year in Tokyo.

The other Spoleto work, Haptic (2008), is one of the pieces Umeda is bringing to Toronto. In this piece, Umeda is part of a colour grid. The movement is Chaplinesque with swivelled hips and knees, pulsating feet and snake-like arms. Umeda also uses urban street-dance voguing. The screen behind him goes through a series of neon electric colours in various patterns that react to his movements. The sound accompaniment is filled with pings that increase in speed to mirror the dance moves.

The second piece is Holistic Strata (2011). Jocelyn describes it as a conflict between various light sources. Instead of a distinct separation between Umeda and the digital images, his body becomes one of the images. "It's a total elimination of the body," says Jocelyn. "The distortion that Umeda creates completely destabilizes our notion of the normal relationship between the body and the computer-generated images."

Umeda explains that his goal with each new work is to make the interplay between the body and computer imaging more complex. "I stimulate the eyes and ears of the audience so I can confuse perception," he says. "The goal of my artistic vision is transforming light and sound into a physical experience."

Five Toronto cultural organizations have banded together to make the Spotlight Japan festival a citywide affair:

The contemporary-music series Soundstreams is hosting the Fujii Trio, masters of percussion, on March 5 at Koerner Hall (273 Bloor St. West).

The Japanese Canadian Cultural Centre (6 Garamond Court) presents the Spring Festival, Haru Matsuri on March 2 and 3, with demonstrations of arts and crafts including martial arts and traditional dance. 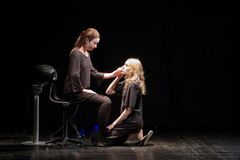 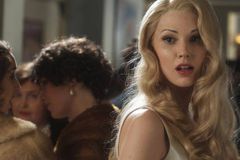 A profound loss, portrayed without emotion
May 11, 2018 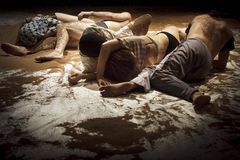