In Toronto there is a plaque on Yonge Street dedicated to Boris Volkoff, “the father of Canadian ballet.” As is often the case, the origin story of a dance culture is less straightforward – and more interesting.

So how did ballet come to Canada? Like so much else, it arrived in waves, beginning with ambitious 17th-century colonists who brought European culture to the shores of North America in the form of dance lessons for indulged children. Only in the early 20th century did professional ballet training begin; pioneers of Canadian ballet such as Ottawa’s Gwendolen Osborne brought their tradition and training to students who could manage almost perfect 180-degree turnout. The country’s first major choreographers then looted indigenous cultures in search of something saleable. Canadian folklore is rich with tales of magical conquest involving masks, totem poles and spiritual creatures. Nouveau-arriviste choreographers turned this indigenous storytelling into an exotic parade of the First Nations. The art had rooted itself in foreign soil.

As always in the history of ballet, Russians loomed large, especially in Toronto after the First World War, but during the Cold War the British, too, competed for prominence. Could the twee decorum of the Sadler’s Wells troupe in England match, north of the 53rd parallel, the just-dare-me athleticism of the Bolshoi? Who among the transplanted Russians might become Canada’s Balanchine, Diaghilev or Nureyev?

Émigré performers found room to experiment, seeking to shake the art free from sclerotic routine while appealing to shifts in popular taste. This aspect of ballet, its people-mindedness (to quote a precept of Soviet aesthetics), weighed on the minds of well-heeled socialites who measured the value of Canadian ballet by how high girls could lift their legs. Showmanship – or rather showwomanship, en pointe – likewise factored into the findings of the 1949-51 Royal Commission on National Development in the Arts, Letters and Sciences and the subsequent formation of organizations such as the Canadian Dance Teachers Association. New York had the Rockettes, scholar Anne Taillefer Veltri notes, so the Canadian National Exhibition grandstand shows promoted the Canadettes. Imagine the stories those performers could tell. Alas, apart from photographs of their miniaturized Mountie uniforms and eye-high kicks, little is known of them.

But one figure who was not above writing his own history was Boris Volkoff (1900-1974), the so-called father of Canadian ballet. He spread stories about making a daring escape from Russia in 1924, travelling through China, India and the United States as a ballet dancer, eventually to be smuggled across the Canadian border in 1929. Archival documentation is sparse, but one thing is clear: He was not, contra-legend, a dancer with the Bolshoi. 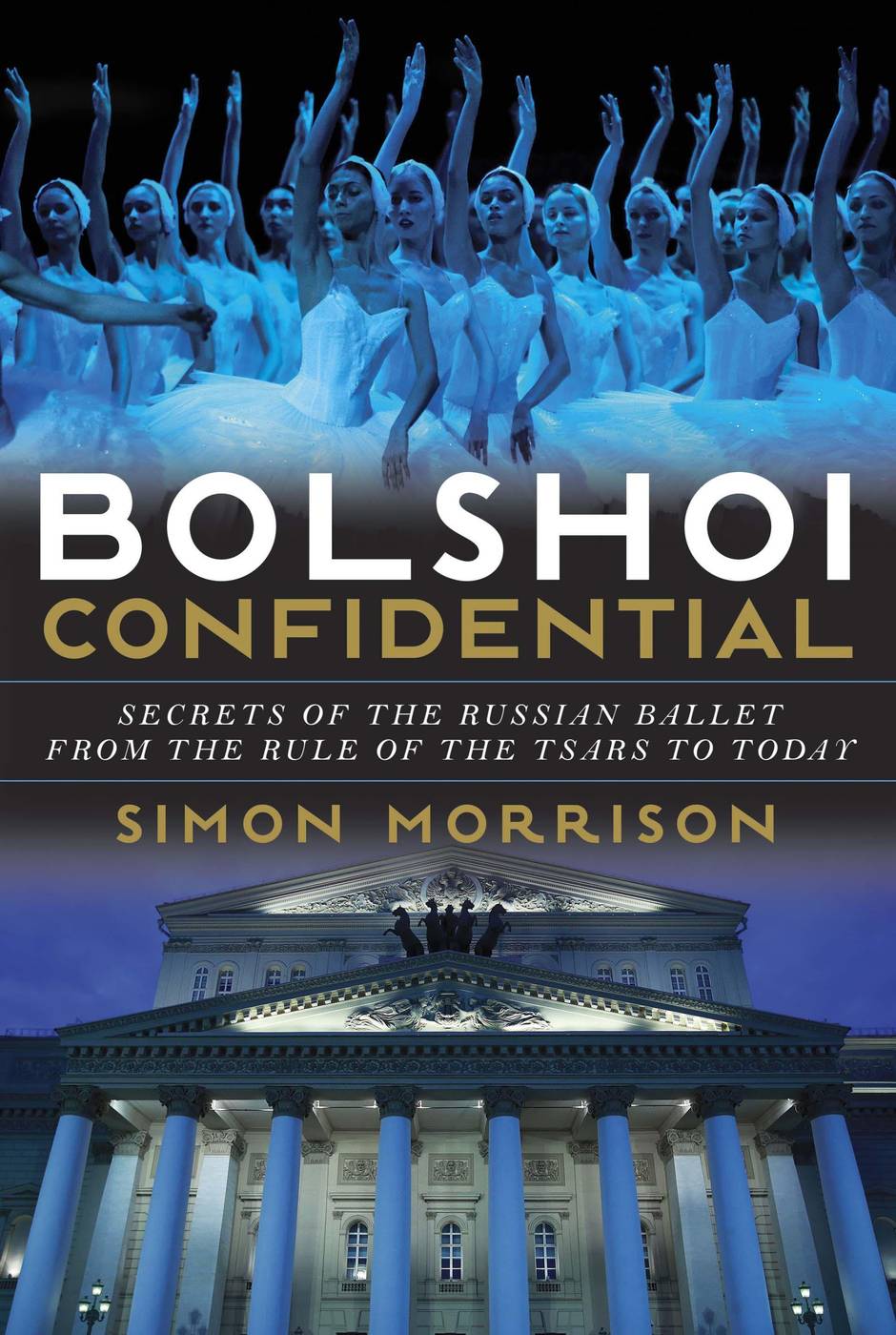 Simon Morrison is the author of Bolshoi Confidential: Secrets of the Russian Ballet from the Rule of the Tsars to Today, which arrives in bookstores Oct. 11.

Instead, his résumé reflects the unpretentious origins of ballet itself.

Volkoff got his start in vaudeville. He and his brother Igor toured through southern Russia with a small company, but when Boris fell from the stage, spinning into the orchestra pit below, he was tossed out of the troupe.

Later, he was allowed to rejoin the company, which, according to Taillefer Veltri, performed in Baku during the First World War and the Russian Revolution. After having been accepted into ballet school in Moscow, Volkoff then trained with the experimental choreographer Kasyan Goleizovsky, who put his pupil’s talents to use in cabarets, silent films and proletarian cultural shows mounted in cafeterias and union halls. He fashioned Volkoff into a ribbon-dance specialist and taught him such folk fare as the csardas, mazurka and tarantella. Volkoff’s education in classical ballet owes to a brief stint at the Bolshoi school with Alexander Gorsky, who emphasized naturalism in his ballets; in an ambitious work about a revolt in Carthage after the First Punic War, for example, tutus and pointe shoes were replaced by robes and sandals. Yet, under the Soviets, naturalism had no place on the Bolshoi stage.

Volkoff likely left Russia because his career options were limited. As a travelling performer, he appeared with an eclectic assortment of troupes, including, according to his personal archive, the “Italian Opera Co. of Shanghai” and “Madan Theatres Limited, India, Burma and Malaya.” He settled in Toronto, where he conquered the modest vaudeville circuit in town, created dances for the Toronto Skating Club Carnival, adjudicated beauty pageants and formed the Boris Volkoff Ballet in hopes of translating his Old World experience into New World fame.

In exploiting Canadian themes, Volkoff followed the example of the Ballets Russes in Paris, a company of Russian expats led by Diaghilev who defined modern dance by invoking primitive Russia. Likewise, Volkoff wanted to depict the Canada of the colonialist imagination, a place altogether foreign to European immigrants. He visited the Royal Ontario Museum, talked with anthropologists and conceived the ballet Mon-Ka-Ta as a foundational myth of Canada and Canadian dance. A man with an outsized ego attempts to bring his dead wife back to life. Shamans try to reclaim her for the world of the living, but, despite a spectacular underworld reunion with her husband, she remains bound by death.

This is the story of Orpheus, of course, and opera was basically founded on this myth. Yet, ballet had seldom tackled the tale. Volkoff set and rehearsed Mon-Ka-Ta in Toronto during a record-breaking heat wave, then tapped his backers for funds to take the dance by steamer and train to the 1936 Olympics in Berlin. He believed that to establish himself in Canada, he needed to succeed abroad, even if that meant visiting Nazi Germany. Well after the event, Volkoff fibbed about winning a coveted prize in the international dance competition there, but actually Volkoff had greater success in Berlin dancing a role he had learned back in Moscow: The Red Poppy, a Soviet ballet in a light propagandistic style. The performance of Mon-Ka-Ta went largely unnoticed.

The bulk of the dances he created in his studio near the corner of Bloor and Yonge Streets came from his past, but often he proved overeager to claim some Canadian content in ways that seem cringe-worthy today. In the late 1940s, for example, he created The Red Ear of Corn to a score by John Weinzweig that included a tom-tom-drum tribal dance. The ballet met with greater success than Mon-Ka-Ta, and Volkoff thought the time ripe to establish a national ballet company.

Yet, international aesthetics subsumed national styles after the Second World War. Influenced by George Balanchine in New York, Volkoff began to favour greater abstraction in his ballets. Neoclassicism was not a natural fit for his storytelling gifts, however, and he was bested by his English competition. In 1950, ballerina and choreographer Celia Franca arrived in Toronto from London. Sadler’s Wells, the ballet of the Commonwealth mother ship, had just been in town and dazzled local audiences. Franca plucked from Volkoff’s company some of his finest dancers and established the National Ballet of Canada in 1951. Volkoff imagined himself as its first artistic director, as did Gweneth Lloyd of the future Royal Winnipeg Ballet, but the indefatigable Franca took the helm. Nine years later, she and Betty Oliphant created the National Ballet School. The British beat Russia in the war to claim the ballet tradition in Canada, and Russian talent was welcomed only as subject to imperial rule. The Cold War victory left Volkoff, who derided the “English nanny” style of dancing, bitter.

He has peeved historians by fudging the details of his past, and few would or should forgive his reductive efforts at Canadiana. Still, one has to admire his efforts to make ballet dostupna shirokim massam, “broadly accessible to the masses.” In 1934, an overflow crowd of 5,500 at Toronto’s Varsity Stadium gathered to see one of his bric-à-brac entertainments. For Volkoff, this was what ballet in Canada, as elsewhere, should be, and it fuelled an interest in the art that spread from coast to coast, with the company in Winnipeg enjoying international acclaim, and Ballet BC gaining attention for its campaign to commission female choreographers.

Today, the National Ballet of Canada honours the Russian tradition of the story ballet, with occasional indulgences in the international style of abstraction. Principal dancers, including the former Bolshoi soloist Svetlana Lunkina, strive for perfection, to embody the divine. Yet, Volkoff seemed to think perfection overrated. The dances he devised tended to be rough-edged, off-balance, eccentric and under-rehearsed – everything traditional ballet endeavours not to be. He was a product of the cultural revolution in Russia, a free-for-all period of choreographic experiment, mixed with the admittedly awkward embrace of native Canadian cultures. That’s not a recipe for transcendence and his works will not be revived any time soon.

So the Russian tradition lives on in Canada. In 2011, the National Ballet of Canada commissioned Alexei Ratmansky, former artistic director of the Bolshoi, to choreograph Romeo and Juliet. His lovingly reviewed adaptation is polystylistic in its melding of character dancing, pantomime and textbook classical positions. Meanwhile, Canadian content – indigenous dance, local dancers or Canadian-born choreographers – is in short supply. Ballet may be an illogical art, seeking to defy the bounds of gravity and realities of the human form. And its tradition, here as elsewhere, seems increasingly illiberal. Volkoff left his mark; he received the Order of Canada. But venerating him as a founding father of Canadian ballet, especially as a cultural emissary from the Bolshoi, risks denigrating the diverse national and international energies that have long inspired audiences in the past and, it is to be hoped, into the future.

Simon Morrison is the author of Bolshoi Confidential: Secrets of the Russian Ballet from the Rule of the Tsars to Today (Knopf Canada), which arrives in bookstores Oct. 11.