A collision on a cold, windy Saskatchewan highway has cut deep into the heart of Canada's arts community, now reeling with the deaths of four Western Canadian artists. The group was heading to the Piapot First Nation reserve to discuss a theatrical project called Making Treaty 7 in the hopes theatre students at the local school could do something similar. After cancelling the planned visit on Monday because of a missed flight, they were on their way to the school on Tuesday morning on Highway 6, just north of Regina, when their Subaru collided with two other vehicles, killing five people, including the four heading to the meeting.

Michael Green of the Calgary theatre company One Yellow Rabbit (OYR), Kainai First Nation elder and educator Narcisse Blood, who worked with Mr. Green on Making Treaty 7, Michele Sereda, artistic director of Regina's Curtain Razors theatre, and Regina-based multidisciplinary artist Lacy Morin- Desjarlais were killed. The fifth victim, Morley Hartenberger, 59, of Cupar, Sask, was in another vehicle.The RCMP say there was drifting snow at the time, but could not confirm if weather was a factor.

Ms. Sereda had worked with the Piapot students for five years after establishing a drama program called Spirit of the Story with Nicole Crowe, a teacher and consultant based at the school. Ms. Morin-Desjarlais had recently joined the effort. Ms. Crowe had the gym set up for the presentation and became alarmed when she could not reach Ms. Sereda after 9:30 a.m. on Tuesday and heard about an accident on the highway.

"Everything was set up and noon came around and I just waited in the front for their vehicle to pull in, just hoping that they were stuck in traffic and were on their way," said Ms. Crowe, who adds that the school did not open on Wednesday because of the tragedy. "Our school is lost. She had a huge impact on our students."

The loss drew tributes from across the country and beyond.

Mr. Green was remembered for his enormous impact on Calgary's theatre scene.

"I have been watching Michael on stages since I was a teenager, watching his evolution as an artist … and in recent years, he's been more than just an artist; he's a friend," Calgary Mayor Naheed Nenshi said on Wednesday.

Founding member of One Yellow Rabbit, Mr. Green was also curator of the city's High Performance Rodeo, which wrapped its 29th edition just over a week before his death. A highlight of this year's festival was the world premiere of One Yellow Rabbit's What the Thunder Said, a play inspired by T.S. Eliot's poem The Waste Land and the unexpected death of ensemble member Richard McDowell, who had a heart attack last November. Mr. Green performed in the play.

Now the Rabbits are shattered once again with the death of Mr. Green, who was 58.

"It's ferociously painful," OYR co-founder Blake Brooker said. "Growing older is an education in loss, and I'm tired of this school right now. I feel like cutting classes."

Mr. Green was born in Scarborough, Ont., and moved to Calgary in 1973, where he co-founded One Yellow Rabbit – an innovative and acclaimed theatre company. He was curator and creative producer for events connected to Calgary's Cultural Capital of Canada designation in 2012. Making Treaty 7, for which Mr. Green was executive producer and creator, was one of its legacy projects. The interdisciplinary performance about the treaty, as told by its participants, was created with Mr. Blood's involvement, who also directed the NFB short film Round Up.

Mr. Blood, 60, also known as Kinaksapo'op in Blackfoot, was one of the founders of the Kainai Studies program at Red Crow Community College. "Narcisse's art was really the art of building relationships," said the program's director, Ryan Heavy Head, who is married to Mr. Blood's niece. "He was a real leader for our community and a statesman and he had spent a good part of pretty much his adult life building relationships all over."

Ms. Sereda, 49, had an important impact on theatre in the Prairies as the artistic director of Curtain Razors, an experimental theatre company she founded in Regina over two decades ago that would perform everywhere from art galleries to farmers' fields.

She produced the early work of local playwrights Kelley Jo Burke and Byrna Barclay, but, in recent years, had begun to give her company an increasingly international focus, touring her own performances to Russia and the UK, as well as bringing in important innovative work such as Theatre Replacement's Bioboxes and Mammalian Diving Reflex's Haircuts by Children to Saskatchewan.

"For a city of this size, in a province of this size, to have lost that kind of conduit is just enormous," said Joey Tremblay, a Regina-based playwright and actor who had known Ms. Sereda since university.

Mr. Tremblay, who was set to collaborate again with Ms Sereda on his next play, described her as a theatre artist who explored the esoteric edges of her form, but was an earthy and practical "Ukrainian farm girl" at heart. "She could make perogies like nobody's business," he said. "She was not the cliché of someone you'd expect to also go off to do performance art in London."

Ms. Sereda was also hailed as bridge builder with First Nations artists – and Ms. Morin-Desjarlais, 29, was one of many young creators she nurtured and collaborated with over the years.

Ms. Morin-Desjarlais, a Saulteaux and Métis visual artist and dancer who studied at Langara College, recently returned to Saskatchewan from B.C. – and was teaching powwow at the University of Regina Conservatory. She had been through the foster-care system out west – and, in an artist's statement on the Urban Aboriginal Fair Trade Gallery, expressed a desire to pass on aboriginal traditions, language and teachings to others who had a similar upbringing. "I use art as a way to keep stories alive, to tell the truth, and to share with the world who I am and what I see," she wrote. "I want to continue to contribute all that I learn back to the younger ones."

The University of Regina is flying its flags at half-mast for Ms. Morin-Desjarlais and Ms. Sereda on Thursday.

In Calgary on Wednesday afternoon, members of the arts community gathered at OYR's downtown space, as they had for Mr. McDowell, for an impromptu celebration of Mr. Green's life. It was an overflow crowd, spilling out onto the street.

"There's not one single part of the arts community in this city that hasn't been touched directly by Michael, not one," said Patti Pon, president and CEO of Calgary Arts Development, who attended the event.

"He's the father of culture in Alberta," said Dennis Garnhum, artistic director of Theatre Calgary, who was also there.

Peter Hinton, former artistic director of the National Arts Centre English Theatre, remembered Mr. Green – with whom he had worked on What the Thunder Said – as a "completely original" artist and human being.

"He was naturally innovative: it just came to him like air," said Mr. Hinton, who knew Mr. Green for 30 years. "He is an irreplaceable individual. He's iconoclastic, he's irreverent, skilled and constantly curious about the art form and the world around him. It's devastating to so many people because he was such a spirit of life and anarchy and humour. Michael does not go with death; he goes with life, and youth, and freaky theatre." 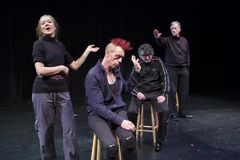 Why there’s a different sort of pipeline debate going on in Canadian theatre
March 5, 2014 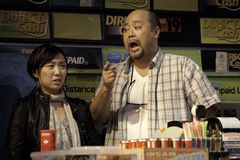 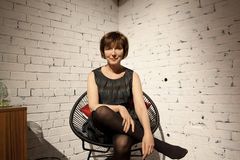 Follow Marsha Lederman and J. Kelly Nestruck on Twitter @marshalederman @nestruck
Report an error Editorial code of conduct
Due to technical reasons, we have temporarily removed commenting from our articles. We hope to have this fixed soon. Thank you for your patience. If you are looking to give feedback on our new site, please send it along to feedback@globeandmail.com. If you want to write a letter to the editor, please forward to letters@globeandmail.com.
Comments