The Church of Jesus Christ of Latter-day Saints hopes patrons who see the runaway hit stage musical The Book of Mormon when it lands in Toronto next month will also check out the scripture that inspired it.

The church, which has no involvement in the edgy religious satire, has bought three full-page ads in the Mirvish Productions programme for the show to encourage theatre-goers to read the actual "Book of Mormon."

"I've read the book," reads another.

"The book is always better," concludes a third.

Each ad features an image of a smiling person and is anchored by a small image of the sacred text that Mormons believe is a companion volume of scripture to the Bible.

The ads also have a link to the church website – thebookofmormon.org – and a QR code that can be scanned by smartphones, which then take users to online information.

"I think most people, when they're going to the musical, they know that they're not going to see an accurate portrayal of what the Mormons believe or do," Sandra Pallin, national director for the church's Canada Public Affairs council, said in a telephone interview.

"The playbill advertisements are really just a way of inviting people that want to know more, showing them where they can get that information ... that there is accurate information available at these different resources, and those are provided in the playbill."

The song-and-dance story follows two young and naive Mormon missionaries as they try to share the book's scripture while visiting a Ugandan village ravaged by a brutal warlord.

In 2011, the stage show won nine Tony Awards, including best musical, on Broadway, where tickets are in hot demand.

The Mirvish website says tickets to the Toronto run from April 30 to June 9 at the Princess of Wales Theatre have already sold out.

Additional seats may occasionally become available closer to the performances, but chances are there won't be many Mormons lining up for them.

"Will members be going? Of course, the church leaves that up to everybody individually. There is no encouragement not to attend, of course, or to attend. That's a personal decision," said Pallin.

"But I don't think that most church members are going to consider going, mostly just because of some inappropriate content."

Fraser Tingle, a Calgary Mormon who writes the blogs canadianmormon.com and mormonfray.com, has the same prediction.

"I do think that there are going to be some members of the church who will be curious enough to buy tickets but I suspect the majority of Latter-day Saints are going to steer clear," said the 34-year-old, who works in communications and marketing and builds websites.

"In addition, this is our faith, or at least the tenets thereof, that are being held up for ridicule, which can be tough to laugh off sometimes, just because there are some things that we hold to be sacred, and when those are mocked it can be difficult," he added.

Still, while The Book of Mormon does have explicit language and satirizes organized religion, "the church has no interest in being defensive about it," said Pallin.

In fact, when the show started running on Broadway, the church's response was concise and collected.

"The production may attempt to entertain audiences for an evening, but the Book of Mormon as a volume of scripture will change people's lives forever by bringing them closer to Christ," reads the church's official statement on the show, issued in February 2011.

"As a whole, I think the church statement really would be just because we're not protesting it, doesn't mean we condone it necessarily," said Pallin.

"However, again, it's up to people individually whether they want to see it or not."

Tingle applauds the church's unruffled approach to the show and hopes it will prompt patrons to look beyond the caricatures onstage.

"You're not going to see outraged protests or petitions or boycotts or anything," he said.

"It's not the first time that our religion has been mocked or ridiculed publicly, certainly particularly after this past election cycle in the U.S. (Republican Mitt Romney is Mormon), and it's not going to be the last."

"We do have a sense of humour about ourselves but more importantly, I think we aspire to an ethic of Christian civility in all of our interactions, and I think that includes turning the other cheek. And it is an opportunity to educate, I guess," added Tingle.

"I would hope, personally, that anyone who watched the play would recognize that the Mormonism that's depicted is like a funhouse mirror distorted version of something that's much more nuanced and complex."

According to Church of Jesus Christ of Latter-day Saints, there are about 185,000 members in Canada, most of them (about 78,000) in Alberta.

Snafu at the Mirvish box office as Book of Mormon tickets go on sale
May 11, 2018 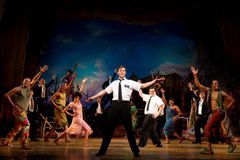 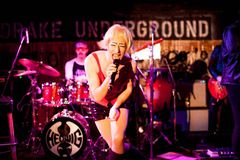 The Book of Mormon: South Park takes the missionary position
May 11, 2018 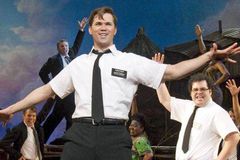