It's being described as the most significant change to the National Arts Centre since the bilingual, multidisciplinary performing-arts centre opened in Ottawa in 1969.

In 2019, the NAC will launch a new Indigenous Theatre – a department devoted to indigenous performing arts that is intended to be an equal to the arts centre's long-established English and French Theatre companies.

"It's fantastic," says Margo Kane, the artistic managing director of the West Coast theatre company Full Circle: First Nations Performance, which has been involved in the consultation process at the NAC. "I think we're all quite amazed, actually."

The Indigenous Theatre is part of the NAC's latest five-year strategic plan, which was approved by the board of trustees in October, but details of which are being unveiled publicly on Thursday. It is the culmination of a decade's worth of building connections between the federally funded, Ottawa-based arts centre and indigenous performing-arts practitioners across the country.

"It came out of the work we were doing, but it's also part of the larger moment that we're living in," says Sarah Garton Stanley, who is the associate artistic director of NAC English Theatre and is acting as the interim facilitator for Indigenous Theatre until an artistic director is selected. "I think we understand ourselves differently as a nation than we have before."

A search for the first-ever artistic director of NAC Indigenous Theatre will be launched soon. An appointment will be made in 2017 and then the theatre's first season of programming will begin in the fall of 2019, which will also mark the 50th anniversary of the NAC.

"This is the most significant thing we've done since 1969," said Rosemary Thompson, director of communications at the NAC, who says the Indigenous Theatre's budget will be "in the range" of the English and French Theatres, which currently stand at $4-million and $2.2-million respectively.

If details are sketchy as to what form the new department will take – and exactly where the funds for it will come from – that's because its exact shape will be decided by the inaugural artistic director. Everything from the size of the first season, to how much touring, to which indigenous communities will be a part of it, will be up to him or her.

Indeed, it is very possible that, although billed as theatre at the moment, programming will include dance, music and multimedia as well. "Indigenous performance includes music and dance holistically as part of its presentational mode," Stanley says. "I think it's going to help de-silo how we all approach things at the NAC."

While the NAC has programmed work by First Nations artists over its history, indigenous theatre has become more central to the performing-arts centre during the past 10 years in the lead-up to this decision. During his tenure as the artistic director of the NAC's English Theatre, Peter Hinton reserved a slot for indigenous work each season, programming plays such as Marie Clements's Copper Thunderbird and Kevin Loring's Where the Blood Mixes, culminating in what was billed as an all-aboriginal production of Shakespeare's King Lear.

Jillian Keiley, Hinton's successor at the English Theatre, has continued that tradition – but upon her appointment also asked Stanley, her second-in-command, to launch a series of conferences and conversations to deepen the theatre's relationship with indigenous artists.

In the spring of 2014, the English Theatre collaborated with the Indigenous Performing Arts Alliance, Toronto's Luminato Festival and the Banff Centre on a conference called the Summit. This was followed, last spring, by the Study – for which Stanley, Algonquin playwright Yvette Nolan and Oji-Cree playwright and actor Corey Payette gathered with dozens of theatre creators and students on Northern Ontario's Manitoulin Island to explore what they call the "indigenous body of work," an alternative canon of plays and dance that numbered more than 400 works. Next came the Repast – a live-streamed event that shared the findings of the Study with artists, programmers, presenters and scholars.

The idea of an indigenous theatre came from these discussions – and, in the early summer, Stanley floated the idea to Peter Herndorff, chief executive officer and president of the NAC. By the fall, it was officially in the centre's strategic plan.

Now comes the hard part of deciding exactly how to select the artistic director who will be so crucial to the future of the department. On Feb. 13, a meeting and talking circle between the NAC leadership and indigenous theatre, dance and performance artists began the conversation.

"It was a really good give-and-take," says Kane, who helped organize the meeting along with Michael Greyeyes, artistic director of Signal Theatre, and the playwright and performer Reneltta Arluk. "We want to make sure the process is clear and transparent on hiring the director." 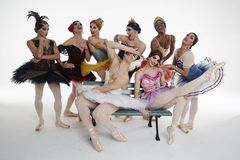 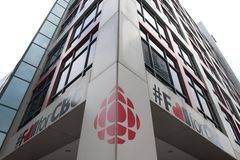 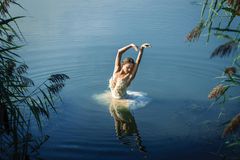