As fall arrives, the temperature cools – and tempers cool, too. No surprise then that as Labour Day came and went, Toronto's tumultuous Factory Theatre had a much-needed week of positive news.

Finally, board chairman Ron Struys and his fellow directors put the search for a new artistic director on hold and entered into mediation with the man they fired from that position a little over two months ago, Ken Gass.

But more important, a pair of courageous local artists and community leaders with deep Factory roots – Nina Lee Aquino and Nigel Shawn Williams – stepped up to form an interim artistic team to see the 2012-2013 season through.

By the end of the month, the two plan to plug the programming holes that have emerged as powerhouse playwrights such as George F. Walker and Judith Thompson have pulled shows in support of Gass.

Can one both wish for meaningful negotiations between Gass and the board, and support this temporary artistic team? Absolutely. Mediation might persist for months – and it would be negligent of the board to let the theatre and its staff simply rot in the meantime.

After all, if Gass does end up being reinstated as artistic director, it'd be wonderful if there were a theatre company left for him to run.

Indeed, it's time for the influential group of artists who banded together to boycott the Factory after Gass's dismissal to reconsider their decision. The point has been made, loudly and forcefully, but now urging people to stay away from the theatre will be more harmful than helpful.

While heavy hitters such as Atom Egoyan, Fiona Reid, Martha Henry and R.H. Thompson have signed on to the boycott, it's become clear that a significant segment of Toronto's theatre community is not behind the strategy – and a boycott that divides as deeply as this one has is a recipe for disaster.

Most who have stayed silent to date respect Gass and his devotion to the theatre he founded in the 1970s, then helped rescued in the 1990s, but they also hate seeing anticipated productions such as the English-language premiere of Michel Marc Bouchard's Tom and the Coyote become collateral damage. They see the Factory as being about more than one man – which, of course, it is. It belongs just as much to Aquino and Williams (and those of us who go to see Canadian plays in this city) as to Gass.

Others simply haven't been 100-per-cent sure who is in the right in the case of Gass against the board. You can count me among them.

The dispute doesn't have to do with Gass's artistic choices, after all – but a question of what renovations to pursue to and when.

Gass first showed me his master plans for a gorgeous $14-million revamp for Factory Theatre back when it seemed like stimulus money might flow in Toronto's direction at the start of the recession. I admit I fell in love. It's a theatre that the city deserves.

But I don't have to raise money for it.

The fine Canadians who volunteer their time to sit on boards of directors – businessmen and women, for the most part – are there to keep an eye on budgets, provide financial oversight and ensure a theatre's long-term stability.

They determine whether a capital campaign is feasible, and if the Factory's directors felt that they couldn't afford Gass's dream theatre, then I can't exactly contradict them.

Was their alternative plan as short-sighted as Gass professes? I simply don't know. But most of the time when nine people disagree with one, the majority, at the very least, have a reasonable point of view.

Gass, who has never officially supported the boycott, has only ever asked for the board to enter into good-faith negotiations with him – and he's got that now. I think it's too much for those supporting the boycott to insist on his reinstatement, however.

After all, it's entirely possible that he and the board will turn out to have irreconcilable differences. And if he is returned regardless, what are the chances that this beautiful proposed theatre – the dream he sacrificed himself over – can be built after all this? Who will agree to sit on a new board and find the funds at this point?

There hasn't been as acrimonious a dispute in Canadian theatre since the Stratford Shakespeare Festival board hired, then fired the so-called Gang of Four to run the festival in 1980. That fight, where the board was definitely in the wrong, came to an end when John Hirsch was appointed as artistic director.

In Alon Nashman and Paul Thompson's new play Hirsch, currently playing at Stratford, the famously mercurial director addresses the company after that tempest in 1981. Here are the words his resurrectors put into Hirsch's mouth.

"Institutions are incredibly precious, and weak as human beings. They can get weak, die, disappear… "We cannot be so cavalier as to kill the place because we enjoy negative things more than positive things. We can't afford it, because we ain't got that many things around. The essential thing is to ensure that good things go on. All things are in trouble all the time." 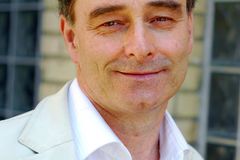 Petition calls for reinstatement of Ken Gass, resignation of theatre board
April 30, 2018 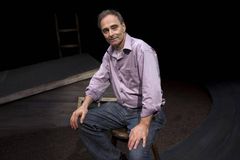