It's time to face the facts: The standing ovation is dead in North America. Yes, the standing O is finito.

Theatregoers get up on their feet and clap at the end of plays more than ever, it's true – but that's exactly it: The gesture is no longer exceptional. You'll find people standing and applauding after great performances and less-great ones and sometimes even after lousy ones.

A blog post currently making the rounds bemoans the "compulsory Canadian standing O" and seeks a return to old habits, but you might as well try to get men to stand when a woman enters the room again. Audience behaviour is constantly evolving and I personally prefer to stand at the end of a long show, if only to stretch my legs. I almost always rise as soon as the person in front of me does, if he or she blocks my view of the curtain call, anyway. The alternative – sitting grumpily and staring at a stranger's backside – seems unnecessarily willful. The only time I stay seated, ironically enough, is when a show has so completely bowled me over that I feel unable to move.

Many theatre artists find the declining significance of the standing ovation troubling, however. Indeed, they tend to have one of two reactions to it.

First, there are those in a state of denial. These are perhaps artists who use a standing ovation on a family-and-friends-filled opening night as a psychological shield against reviews – or a weapon to wield against them.

Playwright and director Morris Panych does the latter – he first took me to task for shrugging off a standing ovation in the comments section of The Globe and Mail's website five years ago. "Whether people stand slowly, quickly, spring lightly, leap wildly, or whatever other physical contortion is required to legitimize the act, I take it at face value, but then I am not in the business of assigning invented values to art," he wrote.

More recently, after I was less than enthusiastic about Panych's Stratford musical Wanderlust, his partner, designer Ken MacDonald, drew a cartoon of me sitting sullenly in the midst of a standing ovation, an empty thought bubble floating above my head. (It made a great Facebook profile photo).

Then, there are those artists who do recognize that standing, clapping spectators are now merely standing, clapping spectators – sometimes they are wildly enthusiastic, sometimes they just want to beat the traffic – but who can't stand the shift in semiotics. They would prefer audiences stay seated unless they've really had their socks knocked off.

Caleb McMullen, the young co-founder and artistic producer of Mnemonic Theatre in Vancouver, is on a mission to re-educate audiences on ovations. Last week, he blogged about "an idea to remedy 'the compulsory Canadian standing O'," a follow-up to an earlier post where he expressed his worries that "Canadian theatregoers are willing to accept the underwhelming" and are not responding honestly to plays.

McMullen's idea is to insert the following text into your program, as he plans to do for Mnemonic's upcoming production of David Auburn's Proof: "To help us better understand your level of satisfaction with our presentation please: give us a standing ovation if you are incredibly satisfied, a seated applause if you are satisfied, and complete silence if you are rather indifferent … and (dare I say…) a vocal 'boo' if you were unsatisfied."

While McMullen yearns for increasingly archaic audience behaviour, he otherwise lives in the 21st century – and so elicited my feedback to his immodest proposal on Twitter last week. I responded that it was a terrible, naive, insulting idea – and that perhaps he might include a program note explaining when and how to laugh and cry as well. How's that for honest response? (I might have added that any artist who chooses to mount the overdone, overrated math melodrama Proof should not be determining the benchmark for "underwhelming.")

At the end of the day, I'll take the artist who takes his audience's reactions at "face value" – as Panych does – over one who is contemptuous of his audience and believes them to be liars or sheep.

Looking up the expression "standing ovation" in the Oxford English Dictionary, I was surprised to find the earliest citation is from 1969. But, of course, that makes sense – Shakespeare and Molière certainly wouldn't have made a big deal of standing spectators since so many would have been erect the whole show long in the pit or the parterre.

And there is a simple way to find out whether audiences truly like your show – it's called the box office. If McMullen really wants to be sure his audiences aren't lying, he could always offer a money-back guarantee.

A Twitter debate: Should the standing ovation take a seat?
February 19, 2013
Hold your applause until an actor deserves it
September 30, 2012 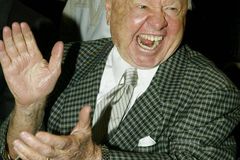 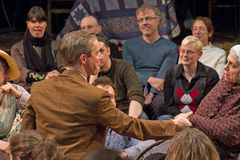 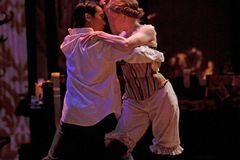